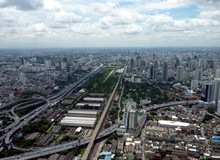 Over the past few weeks, the phrase "smart cities" has been in considerable vogue. The Union Government’s budget 2014-15 allocated INR 70.6 billion for “developing 100 smart cities”. It is widely but inappropriately believed that the "smart" component of a "smart city" comes primarily from the extensive use of information technology (IT) as a means to provide services to the residents of these cities. However, the focus cannot be only on IT, as these cities are envisaged to provide modern urban amenities consistent with spending less (requires sound procurement practices and cost and time consciousness); spending well (reasonable relationship between output obtained and inputs expended), and spending wisely so that social goal of improving quality of living of residents are achieved.

Using modern administration and management techniques including developing capabilities to access finance from multiple sources, and a mind-set conductive for achieving outcomes are also an integral components of a “smart City”.

It is clear that the budgeted funds alone will not be enough to fully finance the development of infrastructure in these cities. Indeed, other modes of financing such as Public Private Partnerships (PPPs), infrastructure bonds and municipal bonds, and auctions need to be explored to generate funds for these cities, and to diversify risks.

It has been well established that even India’s large cities are facing challenges with such modes of financing. For instance, even though the first municipal bond issue took place in 1997, the present size of the municipal bond market is only Rs. 14 billion, which is only 0.012 percent of GDP at current prices. This is meagre in comparison to the municipal bond market in the United States where the aggregate principal amount outstanding by end of 2011 was more than USD 3.7 trillion, about 23.8 percent of the US GDP that year.

The indications are that seven smart cities will be built between Delhi and Mumbai under the Delhi-Mumbai Industrial Corridor (DMIC) project. Other sites for smart cities are expected to be Varanasi in Uttar Pradesh, Tumkur and Punderi in Karnataka, and Krishnapatnam in Andhra Pradesh. There is much merit in considering the learnings from India’s experience with urban governance reforms (or lack thereof) to understand what these “smart cities” would need to do to prepare them to access different modes of finance.

The first preparatory requirement is that the urban local bodies (ULBs) of cities which aspire to be “smart” would need to ensure that their finances are represented accurately. In this regard, one of the mandatory ULB-level reforms which were to be undertaken, under the National Urban Renewal Mission (NURM), was a shift to accrual based double entry accounting, suitably modified for government entities.

According to data released by the Ministry of Urban Development (MoUD), Government of India, (http://jnnurm.nic.in/scoring.html), as of January 2014, only 34 out of the 65 ULBs have implemented this reform completely. Specifically, it is notable that in 20 of the 65 ULBs, full migration to a double-entry accounting system has not taken place. Double-entry accrual accounting is necessary to ensure that finances for each ULB of a “smart city” are presented through an income account, an expenditure account, a balance sheet and a statement of cash flows. Without a balance sheet, ULBs cannot utilize their assets (e.g. land, air-space, buildings, etc.) more productively, and generate higher economic and social benefits.

In the ULBs which had undertaken the reform relating to the shift to accrual accounting, the accounting related e-governance reform had also been implemented. This implies that these ULBs now have systematic, digitised financial data which lends itself to analysis. However, this data is being made little use of by decision makers and administrators at ULBs. These data sets ought to be considered in conjunction with physical indicators of services that these ULBs are providing to understand the efficiency of service provision.

Data mining and data analytics would assist in the “smart cities” project, and thus appropriate skills-sets need to be developed. Since such skill-sets require scale to be affordable, shared services concept, under which certain key services are developed in a centralized manner and shared with different government agencies, merits serious consideration. An organic rather than fragmented view of “smart cities” project is therefore needed both within the government and the outside the government.

Second, when a situation where ULBs of different states access similar forms of finance, their finances would have to be comparable. Within a state where ULBs have reformed their accounting systems along with e-governance improvements; financial data of various ULBs is likely to be comparable. However, if one is to choose two ULBs from different states, comparing disaggregated financial data remains a difficult task.

Comparability of finances across ULBs could be ensured by having their financial data in similar formats. A common accounting framework for ULBs was introduced in the form of the National Municipal Accounts Manual (NMAM) in 2004 by the Comptroller Auditor General (CAG) and the Ministry of Urban Development ((http://saiindia.gov.in/english/home/Public_Folder/Local_Bodies/Books_Mannuals/National%20Municipal%20Accounting%20Mannual/Manual.pdf).

In 2009, the 13th Finance Commission report noted that almost all the states agreed to undertake this reform. However, inconsistent progress has been made by various ULBs in actually implementing this framework. While almost all states have prepared state municipal accounting manuals; by January 2014, in 16 out of the 65 ULBs under NURM, these manuals had not yet been approved or adopted.

Third, to ensure accountability, the financial data of ULBs would have to be audited regularly and be available in a transparent manner. In the context of the municipal bond market, the 13th Finance Commission in 2009 (http://fincomindia.nic.in/writereaddata%5Chtml_en_files%5Coldcommission_html/fincom13/tfc/Chapter10.pdf) had emphasised that, “proper accounting and audit mechanisms and adequate transparency would be critical for the success of the municipal bond issues”. This statement is true for accessing any form of market finance. A 2014 report on city systems published by Janaagraha Centre for Citizenship and Democracy (http://janaagraha.org/asics/images/Annual-Survey-of-Indias-City-Systems-2014.pdf), which surveyed India’s 21 major cities, found that only three of these cities disclosed their internal audits in the public domain and none had disclosed their annual audited accounts. The report also noted that most cities in India continue to be audited by state government officials, instead of independent Chartered Accountants.

Fourth, there is considerable merit in using technology to ensure that existing processes involving large resources, financial and human, at ULBs are transparent. The MoUD’s data revealed that by January 2014, 15 out of the 65 ULBs under NURM had not started undertaking e-procurement. The requisite e-governance system in the processes of provisioning of water supplies and other utilities, which are often under complete jurisdiction of ULBs, had not been installed at 23 of these 65 ULBs. Moreover, 24 of the 65 ULBs were not using an IT-enabled personnel management system.

Legal and regulatory changes could also mandate ULBs to undertake the above reforms, to prepare them for unconventional modes of financing. For instance, China recently amended its budget law to permit local and regional governments to issue bonds to finance urban amenities and infrastructure. Most significantly, these amendments required local governments to do longer term financial planning and to adopt accrual accounting, permitting construction of asset registry and balance sheets. This in turn could facilitate more productive use of existing local and regional government assets; and lend greater transparency to urban finances.

Fifth, certain regulatory changes could be undertaken to increase the supply of market finances for ULBs. For example, institutional investors could be allowed to invest in projects with long gestation periods such as urban infrastructure projects; and the urban infrastructure sector could also be included as a priority sector for the purpose of lending.

There is also an urgent need to reform investment policies and organizational competence of such social security organizations as the EPFO (Employees Provident Fund organization), and ESIS (Employees State Insurance System), who have large accumulated balances (EPFO’s balances are equivalent to 6 percent of GDP); and National pension system (NPS) supervised by the PFRDA (Pension Fund Regulatory and Development Authority) whose balances while low currently (less that 1 percent of GDP) are expected to rise rapidly to permit municipal bonds as an asset class.

Sixth, desired benefits from the aforementioned reforms can only be realised if the officials and staff at these ULBs are geared towards their acceptance. The issue of human resources is related to their quantity and quality; implying that not only are there grave staff shortages at the lower and medium levels at ULBs but there is also a shortage of skills in the existing staff.

Various reports submitted to the Government of India in the past five years have highlighted this issue. For example, the report of the Working Group on Capacity Building, submitted under (http://planningcommission.gov.in/aboutus/committee/wrkgrp12/hud/wg_capacity_%20building.pdf), “Urban Development Management” towards the formulation of the 12th Five Year Plan in 2011( stated the following: “The requirements for capacity building in terms of demand – supply gap is high not only on account of the number of people to be trained but also in terms of the competencies of the personnel required if the intended governance and service delivery standards are to be achieved.”

Competencies have to be developed and augmented particularly in relation to financing, especially with regard to PPPs, project management, and contracting out of services. Various modes of PPPs are not well understood by ULB staff and officials, but who nevertheless have to contemplate on their usage.

This reflects the fact that in their current training, there is under- emphasis on economics and financial literacy, on data and numerical literacy, and on understanding of the nuances of legal contracts entered into by the government entities. Beyond filling these gaps, the training should also facilitate a shift in the mind-set of the bureaucracy from ruling to governing. In this context, the Prime Minster in his 68th Independence Day speech on August 15, 2014 had emphasized on the need to move away from “mera kya, mujhe kya” type of thinking if outcome oriented governance is to progress.

There is also a case for using specialized financial institutions that have acquired project design and management expertise and can effectively blend a mix of financing, commercial and concessional, from domestic and global sources, to help prepare ULBs for becoming more competent at using blended finance.

Finally, the “smart cities” project represents an opportunity to experiment with organizational and governance structures of the cities, with a view to enhancing performance-orientation and accountability. Such experimentation could be used as a spur for individual States to provide substantive devolution of powers to the ULBs and to the cities.

The above discussion strongly suggests that, information technology (IT), while necessary would not be sufficient in ensuring that ULBs of “smart cities” are prepared for accessing blended finance, including accessing the municipal bond market. If the goal of spending less, spending well, and spending wisely is to be achieved by these ULBs, public financial and administrative reforms will need to be initiated and sustained over a longer period of time. The “smart cities” project also provides an opportunity to experiment with administrative and governance structures of the ULBs and cities to enhance performance-orientation and accountability.

This article was originally published by Pragati: the Indian National Interest Review, on September 16,2014.