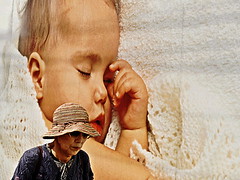 For much of human history, both birth and death rates were high, such that populations grew very slowly, if at all.

The first phase in this transition is a decline in mortality rates, especially for infants and children, thanks to improved hygiene and nutrition. This leads to steep increases in the share of dependent, young people.

The second phase arrives when this large youth cohort advances to working age. This is the period of the "demographic dividend" when a proportionately high share of the population is economically active.

The effect of the demographic dividend is enhanced by a decline in fertility rates that occurs in tandem with urbanization, better education, improvement in women's rights and prosperity. For example, Korea's fertility rate fell from 4.0 children per woman in 1950 to its current rate of 1.2 (well below the replacement rate of 2.1), while the Philippine fertility rate declined from 7.3 to 3.0 over the same period. By comparison, the fertility rate in the US is currently 2.1, while in the UK it is 1.9.

The third phase of the demographic transition occurs when this demographic bulge advances into retirement age. The share of the retired population is further augmented by increased life expectancy, thanks to improved access to health care. Life expectancy in China rose from 39.3 years in 1950 to 73.5 in 2010, while in Hong Kong it increased from 59.2 to 82.5 years over the same period. Life expectancy in the US is currently 78.8, while in the UK it is 80.4.

Japan, Korea and Singapore are at the advanced stage of this demographic transition, with Japan now seeing its population decline. On current trends, Japan's population could well be halved by the end of this century. China and Thailand are in the middle stages, while India and the Philippines are in the early stages.

All of these countries benefited from a "demographic dividend" when a high share of their population was economically active. This added about one percentage point to annual economic growth. And the high savings of these workers further drove the economy, by financing investment.

And while Japan, Korea and Singapore benefited greatly from a demographic dividend in the past, demographics are now subtracting from growth, and will reduce annual growth by about one percentage point in the coming decades. In other words, these countries are now already experiencing a "demographic tax".

Looking ahead, China will begin to "pay" a demographic tax in the coming decades, whereas India and the Philippines can still enjoy a demographic dividend.

Will India and the Philippines be the new stars of Asia?

Since India and the Philippines have large and energetic youthful populations, they both have the potential to enjoy very rapid economic development in the coming decades thanks to a continuig demographic dividend. But for this potential to be realised, it is imperative to provide their youth with adequate education and training, and to have a strong economy that generates jobs, as East Asia was able to do.

Otherwise, a demographic dividend can become a demographic disaster, as recent experiences in the Middle East have shown, when countries have large numbers of unemployed and frustrated youth.

How to cope with population ageing?

But there are several options that can be pursued to maintain prosperity in an aging society.

Countries should implement structural reforms and improve human capital to foster competitiveness and productivity. Increasing the retirement age and more flexible work options for seniors would enable them to continue contributing to the economy.

In many Asian countries, women suffer from great discrimination in access to education and health services (the basis of human capital). They also suffer discrimination in the world of work. Measures to improve equal of opportunity for women would thus have very positive effects on the economy.

Policies and incentives to make child bearing more attractive could also make an important contribution. These include provision of child care facilities and family-friendly employment policies.

International migration could leverage Asia's demographic diversity through greater mobility of workers from younger, labor-abundant countries (like India and the Philippines) to older, labor-scarce countries (such as Japan and Korea). This would alleviate labor shortages in older countries while providing employment opportunities for younger countries’ workers.

The cases of the US, UK, Canada and Australia are instructive, where migrant doctors and nurses are key to the functioning of health systems, as are migrant "care-givers" who care for senior citizens. Such migration can help lower the costs of health and long-term care for the elderly. More generally, migrants can contribute to a stronger economy through filling empty gaps in the labor market, and also through their contribution to entrepreneurship and innovation.

While these measures are critical for limiting the negative economic effects of population aging, it is equally important to manage the adverse social consequences of aging.

Traditional family support to the elderly is declining in Asia. The elderly traditionally relied on informal family support, but urbanization, industrialization, and other social and cultural changes are diluting this approach. But public old-age transfer systems are still underdeveloped, and play a smaller role in old-age support in Asia than elsewhere.

Ensuring economic security for the elderly in the future will thus require a larger role for the state. Asian governments must develop their national pension, health care, and (more generally) social security systems for their coming large elderly populations. However, as the experience of some advanced countries shows, ensuring these systems’ fiscal sustainability is crucial.

The case of Korea, one of Asia's very most successful economies, is tragic. In 2011, 49% of the population aged 65 and over lived in relative poverty, nearly four times higher than the OECD average of 13%. The elderly poverty rate was three times greater than the 15% rate for the entire population, in contrast to the OECD area, where it is almost equal. Although there are no official data on the share of elderly in Korea in absolute poverty, it may be around 26% (1.5 million persons).

Many elderly had assumed that their children would provide for them, thus making it unnecessary to prepare financially. However, the number of elderly living alone has risen by 2.5 times since 2000 and now accounts for a quarter of all elderly. Rising poverty contributed to an increase in suicide among those over age 65 from 34 (per 100 thousand persons) in 2000 to 72 in 2010, far above the OECD average of 22, with financial difficulty the major cause, according to a government survey.

Asia has much to learn from the experiences of advanced OECD countries in managing the economic and social challenges of aging populations. But Asia may be tested even more for several reasons.

Asia's demographic transitions are happening much more rapidly than in the advanced countries. Indeed, a number of countries like China will become old before they become rich.

Vested interests in Asia's oligarchic (and sometimes crony) capitalism will no doubt resist the structural reforms necessary to improve productivity. The case of Japan, where productivity is still about 25% lower than that of the US, shows how much resistance there can be to change.

Further, a number of countries like Japan, Korea and China resist the idea of greater immigration, for mainly cultural reasons. And those countries with higher levels if migrants, like Singapore, Hong Kong, Malaysia and Thailand, treat migrants in ways that would be unacceptable in advanced OECD countries. Many of these same Asian countries also have a strong cultural resistance to the notion of equality of opportunity for women.

"Demography is destiny" is a familiar refrain. But as any poker player can tell you, while the hand that you are dealt is important, the way that you play that hand is perhaps even more important.

In other words, it is high time for Asia to start playing its demographic cards in a sensible manner!