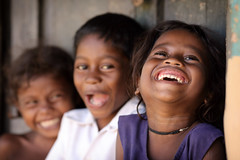 Fostering social cohesion will be critical in this new world of the Covid-19 crisis writes John West.

The Covid-19 crisis is devastating societies in Asia and elsewhere. In China, where the virus first appeared, there have been over 80,000 cases and more than 3,300 deaths reported. And when draconian lockdown measures were implemented to contain the virus, there were also widespread reports of human rights abuses.

As Covid-19 has rapidly spread through Asia, poorer countries with weak health systems have been unable to cope, leaving many citizens with little or no treatment. The Australian government was so moved by the situation in Indonesia that it implored all Australians there “to return to Australia now”. “Come back to Australia while you still can … Think about your and your family’s health. Critical medical care in Indonesia is significantly below Australian standards”.

The economic devastation of the Covid-19 crisis is causing massive job losses in countries like India where most of those who have been lifted out of poverty in recent decades have been unfortunately living in “near-poverty” and are now bound to slip back into poverty. This is exacerbated by the majority of Indian workers working in the “informal sector” without contract, protection or benefits, and by the total inadequacy of public social safety nets.

There have been reports of anti-Chinese racism and xenophobia in some countries. At the same time, there have also been instances of regional discrimination within China against residents of Wuhan, as well as reports of restaurants in Hong Kong turning away customers from mainland China.

While the Covid-19 crisis is causing deep fractures in Asian societies, there is also much evidence of underlying social cohesion coming to the fore. “We are all in this together”. “We must work together and help each other to overcome this crisis”. These are some of the many cries we hear as our societies try to survive this once-in-a-lifetime crisis. And in this spirit, through “social distancing” and other measures, citizens are accepting restrictions on their democratic freedoms for the greater social good, which would be unthinkable in normal times.

Today, and for many years to come, the Covid-19 crisis will be a great challenge to analyse and understand for policy makers, scholars, business people and citizens. This is one of the reasons why the recent publication, “Social Cohesion in Asia: historical origins, contemporary shapes and future dynamics”, is so important. Although it was published before the Covid-19 crisis, the book provides many analytical tools and insights, as well as case studies which will help us better understand and manage the challenges ahead.

As argued, social cohesion is a quality of societies “that makes them resilient, sustainable and liveable”. And fostering and maintaining social cohesion over the period ahead will be a major challenge. We cannot take for granted the immense goodwill of the moment. Social cohesion will be essential for rebuilding both our societies and economies.

Social cohesion is conceptualised as comprising three “domains”, namely, extent of social relations, level of connectedness, and strength of people’s focus on the common good. Underpinning these domains are nine “dimensions”. The quantitative analysis of the Asian Radar identifies three broad clusters of Asian societies.

First, there is the “South Asian Cluster”, which contains the five least cohesive societies in Asia, namely, Afghanistan, Pakistan, Bangladesh, Nepal and India. The second (“Malay-Buddhist”) cluster comprises Southeast Asian countries, Bhutan, Mongolia and Sri Lanka, and is the middle-ranking cluster. The third cluster is the “Sinic world”, being China, Taiwan, Korea, Hong Kong, Singapore and Hong Kong, and has the most cohesive societies.

Perhaps the most troubling conclusion of this macro/quantitative analysis is that social cohesion may be “Janus-faced” -- “it can function as the glue that holds a society together, allowing for economic progress and an inclusive development policy. On the other hand, social cohesion can serve as a foundation for authoritarian political systems”.

The lion’s share of the book comprises eight carefully-chosen case studies, inspired by the three country clusters. The qualitative, cultural and historical analysis of these chapters is very insightful and valuable.

Indonesia is a particularly interesting case with relatively strong social cohesion in a highly diverse society. In contrast, the chapter on Myanmar argues that its pluralistic society has been historically constructed around the identity of the Bamar-Buddhist majority, thereby excluding, discriminating and often antagonising some of the non-Bamar (and non-Buddhist) ethnic minority groups. The chapter on Sri Lanka examines the dark sides of social cohesion in a country that experienced inter-communal conflict, civil war and Islamic terrorism.

Overall, the material presented in “Social Cohesion in Asia” is immensely rich, and the analysis is very sophisticated and nuanced. Moreover, it is the only book available which provides a thorough treatment of this critically important issue. The editors of this precious book, Aurel Croissant and Peter Walkenhorst, are also to be congratulated for their work. It is very well edited and simply a joy to read.

In conclusion, “Social Cohesion in Asia” should be required reading for students, scholars, policy makers, civil society and interested citizens. In any circumstances, this would be a critical issue. But today, it is even more critical than it has ever been in light of the great social fractures that may be provoked by the Covid-19 crisis.