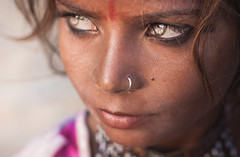 Western countries have a long record of integrating migrant minorities into their societies and economies. Where would Silicon Valley be without tech entrepreneurs of Asian origin? Or the City of London without financiers from all over the world? Or postwar Germany without its Turkish migrants? In East Asia, even the traditionally closed countries of Japan and South Korea have been opening up to immigration.

But as immigration has been growing strongly over recent times, immigrants have been increasingly suffering from discrimination, prejudice and persecution. We seem to be losing the capacity to integrate immigrant minorities into our societies. Anti-immigrant sentiment was behind the election of Donald Trump to the US presidency, the referendum to withdraw the UK from the European Union (“Brexit”) and the rise of extreme right-wing politicians in Germany and some other European countries.

Since decolonisation and its independence in 1947, India has been a relatively successful experiment as a secular democracy, embracing one of the world’s most ethnically and culturally diverse populations. Its diversity is very much multidimensional, covering different languages, religions, ethnicities, castes, classes and economic and socioeconomic backgrounds.

India has been particularly successful at accommodating minorities compared with its neighbours of Pakistan and Sri Lanka. Discriminatory policies by West Pakistan against its East Pakistani compatriots led to the social and political fissures that provoked the Bangladesh Liberation War. While discrimination by the Sinhalese majority against Sri Lanka’s Tamil minority contributed to the country’s tragic civil war.

Unfortunately, the great wisdom of India’s first prime minister, Jawaharlal Nehru, with his powerful slogan of ‘unity in diversity’, is now ceding place to a ‘muscular majoritarianism’, with a pro-Hindu and anti-Muslim discourse by the country’s current leadership. This is why “Democratic Accommodations: Minorities in Contemporary India” is such an important new book.

The authors — Peter Ronald deSouza, Hilal Ahmed, and Mohd. Sanjeer Alam — provide readers with an analysis of the complex story of the accommodation of claims, interests and rights of minorities in India. The key preconditions for a functioning diversity are social inclusion, political participation, sense of belonging and interaction.

What are some of the lessons from the India story?

The first lesson that the authors propose “to acknowledge, as a positive feature, the fact that we live in a plural society“. Today, this new reality applies to virtually all societies including those hitherto homogeneous ones like the Nordic countries, and Japan and Korea.

Second, to accommodate some of the claims of minorities, we must be open to changing “the foundational coordinates of our polity”. In other words, plural societies must be willing to enter a zone of negotiation on their core values. For example, following the tragic killings in the Charlie Hebdo controversy in France, both sides had to revisit and re-examine their positions on ‘freedom of expression ‘, on the one side, and its limits, particularly with respect to ‘offending the sacred’.

The third learning from India is that as a polity democratises, a new politics of groups and interests will emerge. And lastly, there are the laws, institutions, policies and discourse which are at the accommodation strategy of Indian democracy.

The most important lesson of all is the importance of wise leadership that fosters accommodation of minorities. In this context, two leaders of India, the first Prime Minister Jawaharlal Nehru and the current Prime Minister, Narendra Modi, are a study in contrasts.

This wonderful book makes a unique contribution to our understanding of the place of minorities in Indian democracy, a hitherto neglected perspective. Moreover, it has many lessons for dealing with religious, cultural and other forms of diversity in pluralistic democracies worldwide, and for fostering a conversation between India and Western countries. All of us -- scholars, policy makers and citizens -- have much to gain by reading Democractic Accommodations.

The Bertelsmann Stiftung is also to be highly commended for commissioning this research, and continuing its excellent explorations of the social dimensions of Asia’s development.