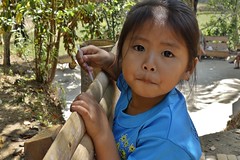 Indonesia needs to be more ambitious in tackling its stunting crisis, writes John West.
Indonesia has a major stunting crisis. Some 37% of the country's children under 5 years of age (or 9 million) suffer from stunting, a figure which has remained stagnant over the past decade, even as the economy has grown and poverty been reduced.

Stunting, or low height for age, is the result of poor nutrition and poor health in early childhood, starting in-utero. "Children suffering from stunting may never grow to their full height and their brains may never develop to their full cognitive potential", writes the World Bank.

It is in the first 1,000 days of life, from conception to a child's second birthday, that action is most critical to address stunting. This period represents a life window when growth rates and neuroplasticity of the brain are at their peak and where nutritional deficiencies can exert their most devastating impacts.

Childhood stunting obviously diminishes human potential, and imposes lifelong penalties on its victims. And the risk is that those suffering from stunting will give birth to children who also suffer from stunting, creating a vicious circle.

Stunting rates are high in nearly all provinces across Indonesia, affecting children from different family backgrounds. Although poor children are worse off, even children from higher income families have significant stunting levels. In fact, stunting is part of a wider nutrition crisis in Indonesia, with one in four children between one and five years being anemic.

Childhood stunting also undermines a nation's human capital. While Indonesia has achieved solid economic growth, averaging 5-6% annually, these past two decades, its productivity would have been higher, if it been able to tackle stunting in the way that Thailand has. The cost of stunting among today's workforce for Indonesia has been estimated at 10.5% of GDP.

This is why in 2017 Indonesian President Joko Widodo has wisely launched a programme, "StraNas Stunting", which has the ambition to prevent two million children born between 2018 and 2022 from becoming stunted. The programme commits $3.9 billion a year and has already started in 100 districts, and aims to cover all of Indonesia's 514 districts by 2021.

But this is no easy task, as stunting is a complex phenomenon. While tackling stunting requires improved nutrition and health, these depend on access to food, household income, parental education, access to health services, safe drinking water and sanitation (or clean and safe toilets).

But even Bangladesh has shown that it is possible to reduce stunting thanks to improvements in household income, parental education, sanitation coverage, declining fertility and improved utilisation of health services.

Looking ahead, Indonesia's stunting crisis may be one of the very most important factors holding back this country from playing an important role in the emerging Asian Century, unless the government’s anti-stunting programme succeeds. And even if it does succeed, Indonesia will be long burdened by the weight of its long history of stunting.