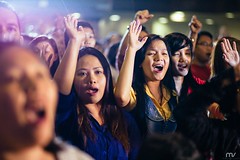 Jayasri Priyalal laments that cognitive abilities are being abused by a disgruntled few to achieve political ambitions, resulting in death destruction misery and sufferings.
It is with great disappointment that many of us witness the current violence that takes place as a result of ill-conceived believes and values of the teaching of different religions and philosophies. School shootings to bombings in places of worship across the developed and developing countries are on the rise.

The recent attacks on the churches in Surabaya, Indonesia, yet carried out by a family including young innocent children who know nothing about the ideological differences need to be condemned by all peace-loving citizens.

Human beings, classified as Homo sapiens are the only living beings who have developed the cognitive -thinking -abilities that have been evolving over the past 70,000 years. This unique ability of the humans has contributed a lot for human emancipation as many creations, innovations and adaptations were possible thanks to the cognitive revolutions that evolved for improving the quality of life for living beings. Acquiring thinking, reasoning, remembering abilities by human beings and developing them further enabled different cultures turning into history. We are lucky to be born as humans packed with these special skills unique to mankind and they should only be used for good causes.

But it is sad to observe that the same cognitive ability is being abused by disgruntled few as means to achieve political ambitions founded on misguided objectives resulting in death destruction misery and sufferings to all living beings.

For instance, animals including the domesticated pets do not have the ability to think about the past and future. They only live in the present. Similarly, they are not aware of any ghosts, spirits, or supernatural celestial, divine powers. Animals are concern about their survival and protecting their genes for breeding and reproduction of offspring. Moreover, animals know nothing about hell or heaven and not bothered to reach such conditions. In contrary, over the years Homo sapiens have evolved and sharpened their cognitive ability that distinguishes human's from all other living beings as they can think, feel the past and act for the future. Accordingly, every human being holds relationships with another based on individual perceptions, experiences and expectations.

Armed with the cognitive skills, Homo sapiens have caused immense destructions and disturbed the peaceful co-habitation amongst living beings throughout the history. If one analyses the causes, it is the preconceived notions of superiority that is very often linked with an ideology which could be religious or political in nature. Believing in such superiority perceptions many works to congregate and spread respective perceived values and beliefs and force on many others to follow.

In order to promote these ideologies and believes human beings have to undergo inhumane treatment meted out by the rulers, such as to erect artefacts, monuments to resemble the power and influence of the perceived ideology that drives the popular belief of the day. Many are those built by the slaves brought from various parts and taken around the world by many Emperors and Empires in the past. There are enough materials to describe the sufferings undergone by slaves, who were treated as a property of the slave master. Slaves too were forced to follow believes of the slave master for their own survival, as fiction has enabled many to imagine things and do so collectively.

Religious Wars to Trade Wars Towards Nuclear and Cyber Wars

If one deeply analyzes the historical facts and the significant causes and effects that have led to many wars in the past, one can always find a dominant ideology that has triggered such human catastrophes. These ideologies are possible to grow in the minds of human beings due to their superior ability derived and acquired since the cognitive revolution.

Dr Yuval Noah Harari, in his best-selling book SAPIENS a Brief History of Humankind states; “You could never convince a monkey to give you a banana by promising him limitless bananas after death in monkey heaven”. He argues that only Homo sapiens can speak about things that don't really exist and believe in six impossible things before breakfast.

Today man is not what he is; he is what he is not, argues Dr K Sri Dhammananda in his book titled “You & Your Problems” stating that this planet is the lunatic asylum in the universe where people bring forward religion, politics, traditions, customs, race, way of life and try to discriminate others and create violence.

In order to conclude this write up let me quote Dr. Dhammananda’s statement, “If you want to live in this world peacefully and happily, allow others also to live peacefully and happily, so that you can make this world something which is worthy of life” the critical message prominently argued in his writings that should receive the topmost attention of all peace-loving citizens.

Writer is the Regional Director responsible for Finance Sector; working with UNI Global Union Asia & Pacific Regional Organization in Singapore – This email address is being protected from spambots. You need JavaScript enabled to view it.
Tags: asia