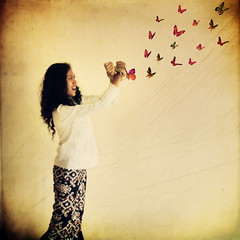 A major challenge in the emerging Asian century will be managing social cohesion, writes John West.
The great transformation of Asia's leading economies is well documented. They have led global economic growth for decades now, and they have become the world's biggest economies (in purchasing power parity terms).

What has been much less analysed is the profound transformation of Asia's societies. To better understand the challenges of social cohesion in Asia, we should be grateful for the insights coming from the new study of Germany’s Bertelsmann Stiftung, “What Holds Asian Societies Together? Insights from the Social Cohesion Radar”.

The challenges of social transformation in Asia are manifold. For example, literally millions of Asians are leaving life in traditional villages and farms for the all-too-often harsher life in cities and towns. While city life can offer greater opportunity and even excitement, the reality for many is living in squalid slums, with their children left behind in rural villages.

Traditional male-dominated families are being turned upside down as women are increasingly emancipated thanks to education and the opportunity to earn their own incomes. Children, who were often conceived as free labour on farms, now have freedoms and opportunities that were unimaginable just a generation ago, and are demanding greater independence from their families. And as youth increasingly adopt Western behaviours, generation gaps can lead to social clashes between those who cling to traditional and those adopting modern values.

The traditional extended family support system is breaking down. "Selfish" children feel less responsibility for looking after family members in need. And as fertility rates have fallen dramatically, the single children of many Asian families face an impossible responsibility of looking after two parents and four grandparents, a problem that is only exacerbated by rising life expectancy. At the same time, governments are slow and reluctant to step up and provide adequate social welfare.

Social unrest is growing in many countries with authoritarian governments, as citizens are better educated, have greater access to information through social media, and rising aspirations. In response, governments like China’s are ramping up social repression, censorship and propaganda. But this is not a sustainable way to hold societies together. Nor is it sustainable to maintain discrimination, prejudice and persecution against women, youth, and ethnic and social minorities, as occurs in virtually all Asian societies.

As modernisation sweeps through Asia, so do the modern ills of Western society, like drugs, alcohol, HIV/AIDS, psychological problems, suicide, and broken marriages. The poor and vulnerable often become victims of crime like human trafficking and smuggling, forced labour, and violence. While the most prosperous suffer increasingly from obesity, diabetes and other modern ills.

To be sure, Asian lives have improved dramatically, as poverty has been slashed, education improved, and life expectancy increased. But the cohesion of Asian societies is being stretched, not least due to income inequality, as the gap between the rich and the poor has risen to astronomical levels in many Asian countries. One factor driving this inequality is endemic corruption which is greatly eroding trust in society.

What exactly is social cohesion? The Bertelsmann Stiftung defines social cohesion as the “degree of togetherness” in a society. More specifically, the Bertelsmann authors “believe that a highly cohesive society is characterised by resilient social relationships, a positive emotional connectedness between its members and the community, and a pronounced focus on the common good”.

It almost seems obvious that a highly cohesive society should be a good thing. But Bertelsmann scratches the surface more deeply for us. They argue that it is a prerequisite for economic success and a functioning democracy. Without doubt, social trust plays a key role. Further, Bertelsmann argues that “societies with a high degree of social cohesion are considered more adaptable and robust … social cohesion strengthens a society’s ability to withstand difficulties and regenerate itself”.

How does Asia stack up when it comes to social cohesion?

To measure social cohesion in a range of Asian countries, the Bertelsmann team employed its “Social Cohesion Radar”, an index of social cohesion, an approach that has been well tested in its studies of OECD countries and Germany. Some of the key findings are as follows:

-- While many of the studied Asian countries rank pretty well, none would qualify for the highest tier of very high cohesion, in contrast to the top performance of the Nordic countries in other studies.

-- Somewhat surprisingly, Hong Kong is estimated to have the highest level of social cohesion in Asia. It is surprising because it has the highest level of inequality among advanced countries, one in five Hong Kong residents live in poverty, and the society is being torn apart as many youths and others are resisting the repressive tactics of Beijing to impose its will on the territory.

-- Overall, social cohesion differs widely across Asia, with three distinct profiles being identified. The countries in the "Sinosphere world" -- China, Hong Kong, Japan, Taiwan, South Korea, and Singapore -- rank the highest, with very high levels of interpersonal trust, acceptance of diversity, perception of fairness, and respect for social rules. The weak spots are a very low level of identification with the country as such, fairly low levels of institutional trust, and little civic participation.

-- This is consistent with the finding that economic development, prosperity, human development (especially education and life expectancy) and gender equality are key factors promoting social cohesion. Extreme poverty has the strongest negative impact, followed by discrimination against women.

-- The ASEAN-plus profile (Bhutan, Cambodia, Indonesia, Laos, Malaysia, Mongolia, Myanmar, Philippines, Sri Lanka, Thailand, and Vietnam) is characterized by a medium level of social cohesion. Its particular strengths are social networks, identification, trust in institutions, solidarity and helpfulness, and civic participation. On the other hand, its weaknesses appear to be low interpersonal trust, perception of fairness, and respect for social rules.

-- The South Asian countries -- Afghanistan, Pakistan, Bangladesh, Nepal, and India -- have the lowest level of cohesion, with weak and unreliable social networks as well as a very low acceptance of diversity, while medium scores on identification and civic participation are its strong points. A number of unfavorable factors also come together, such as low economic development, parochial social structures, clientelistic political relations, and a history of internal and external conflicts.

There are also a number of intriguing findings in the Bertelsmann study:

-- Cultural orientations such as religiosity, acceptance of hierarchies and collectivist values do not influence the level of societal togetherness.

-- The most curious conclusion of this study is the negative relationship between democracy and social cohesion. How could this be the case? It is suggested that democracy, due to its openness and inclusion, can be a fertile ground for the expression of different and sometimes highly antagonistic interests and opinions, thereby undermining social cohesion. Against that, social cohesion can be a tool used by authoritarian regimes to hang on to power. For example, the Chinese government promotes social cohesion via its nationalistic propaganda and its persistent narrative of historical victimhood.

This last point highlights the need to examine closely the exact nature of social cohesion within each country’s social and political framework.

All things considered, the Bertelsmann Stiftung’s new publication, “What Holds Asian Societies Together? Insights from the Social Cohesion Radar”, covers much new territory and provides an excellent introduction to the topic. It should be required reading for all observers, commentators and students covering Asia.