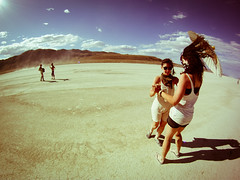 There is no better place to do the tango than the Hashemite Kingdom of Jordan, writes John West.
From its humble origins In Argentina and Uruguay in the late 19th century, tango has spread across the world, thanks in part to its deep African and Latin roots. Today, tango is a growing passion in Jordan and many other Middle East countries, says Mohammad Ismail, who founded the "Tango Studio" in Amman.

There is now a veritable global tango community. Tango buffs get together regularly in festivals and even tango marathons, where the most energetic can danse non-stop from midday until breakfast time. And wherever you travel in the world, you can find a tango club which will welcome you with open arms, as I recently discovered on a trip to Tokyo.

Before launching the Tango Studio in 2011, Mohammad and his dance partner organised a tango festival in Jordan, taking advantage of the country's wondrous historical and natural sights, like Jerash, Wadi Rum, Dead Sea, and Amman's Rainbow Street. The more than 100 participants from countries like Australia, Egypt, Italy, Lebanon, and New Zealand were wowed by dancing in the desert and Roman amphitheaters.

In the early days of the Tango Studio, most students were expatriates living and working in Jordan, like people from the United Nations, NGOs and even some diplomats. But today, local Jordanians make up an important share, perhaps reflecting the country’s long dancing traditions like the “Dabke”, an Arab folk dance.

Tango dancing is now becoming an important meeting place for expats and locals in the country which has always been an important cultural crossroad. And the tango is perhaps a strong symbol of the openness of Jordanian society.

“When you danse the tango, you don't need to speak the same language”. As the saying goes, “Tango is an international language by itself”.

We asked Mohammad how he wound up as a tango teacher. “When I finished high school, some friends dragged me along to some salsa classes, and according to my teachers, I was a natural danser,” he said. “At that time, I also dabbled in university studies, but they were not for me. And then some years later, when I first heard tango music and its deep emotional feelings, I knew that my future was in tango.”

The Tango Studio offers a full suite of possibilities for tango dansers. Private lessons. Group lessons. Weekly Practicas for students of all levels to practice their moves and techniques. And Weekly Milongas (tango soirees) at Amman’s at Salute restaurant where students can meet Amman’s community of tango dancers or simply to enjoy having a drink or a meal while listening to tango music!

And what is most impressive is that the Tango Studio organizes at least two trips a year for students to participate in festivals abroad. The first trip In 2017 was to participate in festivals in France and Italy, while the second went to the Spanish island of Majorca. Some festival participants are reportedly still surprised to see a group of tango dansers from Jordan. But they are always warmly welcomed as members of the international tango community.

What next for the tango in Jordan? We all hope for a return to peace in the Middle East. One of the many benefits would be that Jordan and its neighboring countries could enjoy cultural activities together, like the tango, which would improve the foundations for understanding and peace between countries.