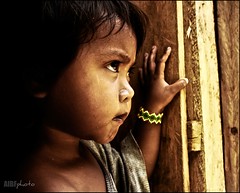 Social progress has been disappointingly weak in Asia, writes John West.
Not one Asian country has achieved "very high social progress", based on the recent report of the Social Progress Initiative. The top performer in the 2016 Social Progress Index is Finland. This land of of a thousand lakes is joined in the "very high" category by the other four Nordic countries, Canada, Australia, Switzerland, Netherlands, UK, New Zealand and Ireland.

China, with all its pretensions to Asian leadership, is a "lower middle social progress" country, ranked 84th, with the Philippines, Mongolia, Indonesia, and Sri Lanka being in the same group.

While India, which has the world's fastest growing large economy, is in the "low social progress" group at 98th, along with other laggards like Cambodia, Bangladesh, Laos and Myanmar.

What is social progress? And what does it mean?

It is only over the past decade or so that economists have woken up to the fact that there is a lot more to life than gross domestic product (GDP), the amount of goods and services that an economy produces. The Social Progress Initiative is one of several new initiatives that seek to examine the state of human's lives beyond the dollars and cents of GDP.

As the Social Progress Index report says, "A society which fails to address basic human needs, equip citizens to improve their quality of life, protect the environment, and provide opportunity for its citizens is not succeeding".

Not surprisingly trends in social progress are broadly similar to GDP. But there are cases where social progress is well ahead of GDP, and other examples where it is behind.

But there is more to it than that. On the one hand, economic growth provides societies with the means to achieve better social progress. Thus investing in social progress is essentially a societal/political choice, something which many authoritarian- and elite-dominated societies do not do sufficiently.

China, India and the US could do very much better in this regard. The US only makes it in the second category, "high social progress", with a global rank of only 19th.

But social progress can also support the economy over the longer term, especially through investments in education, health and infrastructure, and offering citizens safety, freedom and opportunity. The future of these same three economies will depend importantly on their social progress.

In East Asia, Japan, Korea and China all perform well for health and wellness, with Japan ranking number one globally. But Korea and especially China score poorly for personal rights. This is no way to foster innovation which requires the freedom to think and express yourself!

A similar story emerges in Southeast Asia with a good performance on health and wellness, and very poor situation for personal rights. Malaysia lags behind its economic peers in basic education, access to information, and environmental quality. Myanmar and Laos also lag significantly for access to information and communications.

South Asia is the world's worst performing region, apart from Subsaharan Africa. Sri Lanka tops the region, while Afghanistan and and Pakistan bring up the rear. South Asia lags most significantly for access to advanced education, access to basic knowledge, and tolerance and inclusion.

In sum, there may be very little that is surprising in the results of the Social Progress Index. But it does highlight very clearly some of the dilemmas that Asia faces today.

In particular, many Asian citizens have not benefited sufficiently from the region's very rapid economic growth. And to take economic growth to the next level will require more serious social investments, especially in education, health, infrastructure, and better efforts to offer safety, freedom and opportunity.

Sounds like a simple agenda. But it is not. Asian societies are dominated by elites that believe in "winner-takes-all" economics.