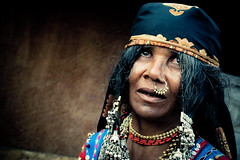 How much progress has the National Pension System made in providing social security coverage?

When NPS was set up in 2004, it was aimed primarily at the civil servants and is working well. The challenge is to increase the number of non-civil servants joining the NPS.

Not enough thought was given in designing the NPS in two areas: The first concerns the withdrawal of accumulated balances at the age of 60 years known as the pay-out phase. The second issue is that the Pension Fund Regulatory and Development Authority (PFRDA) has been finding it difficult to popularise its schemes with informal, non-unionised workers, and with professionals, shopkeepers etc.

At the time of withdrawal it is mandatory to purchase annuity of 40 per cent of the pension wealth.

The annuity markets are very difficult to develop whether globally or in India. The insurance companies do not want to take the risks inherent in annuity products. Current annuity plans in India provide relatively low returns. Annuity for life without return of premium earns around nine per cent, but it is taxable. In contrast, Senior Citizen Savings Scheme provides 8.6 per cent, with return of principal, and not having to join insurance pool.

This needs to be re-thought. A phased withdrawal program without insurance pooling merits consideration as an additional option.

What about the tax treatment of NPS in view of the Budget 2016-17 proposal that was later withdrawn?

One of the problems is the lack of uniformity in taxation on the EPFO, Public Provident Fund, and the NPS products. This is what the Budget 2016-17 was trying to address, in which it partly succeeded.

However, perception of retrospective manner of taxing EPFO withdrawals suggests more homework is needed to address this issue in a manner which provides appropriate trade-off between fairness, revenue foregone from tax treatment, and promoting pension access.

PFRDA and other stakeholders also need to communicate better about advantages of the NPS scheme.

The government’s efforts to move towards more market-based setting of nominal interest rates on savings products is a welcome step in levelling the regulatory environment, and reducing disincentives for efficient allocation of savings.

What are the other possible alternatives?

Ideally, more people should be joining the PFRDA schemes, which are well designed, provide higher returns and are more professionally managed than the EPF. But tax is a sore point.

The government can give an option to the EPF members to join the NPS. A level tax arrangement needs deeper study. For instance, in Australia and New Zealand, the monthly pension income is taxable. In such a system, most people in low income groups will not be taxed but those in the upper income will be taxed at a marginal rate.

What is the next stage in developing the pension sector?

All superannuation plans of the corporate sector, Government Provident Fund (GPF) balances, and gratuity schemes must be brought under the PFRDA to provide professional investment management and longer term credibility to these promises. The government should also strengthen the IGNOAPS where the benefit is low and the service delivery is not robust.

Further, the government should set up a National Retirement Policy Research Centre as an overall national body and database on ageing and pensions as this constitutes a major challenge for India over the next three decades. By 2050, first and second largest population cohorts are projected to be women and men respectively above 70 years old.