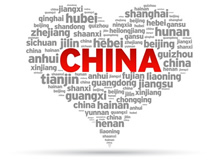 China’s crackdown on corruption has been well publicized. But despite Chinese top leader Xi Xinping saying that he is committed to rooting out all forms of corruption, China has not been able to convince some Western analysts of the efficacy of the anti-corruption campaign.

In fact, Transparency International's 2014 Corruption Perceptions Index says the early stage of China’s war on corruption is not registering well in certain metrics. This led to a 20-place fall for China in the global rankings placing it in the company of Algeria and Suriname and behind the likes of Zambia, Liberia and Panama. Regional peers have experienced similar volatility. Japan has progressed and regressed at regular cycles, although the country's overall trend in the past 20 years is positive. Even Singapore, consistently among the world's least corrupt countries, has slipped in recent years.

In contrast, the region's another big power, India, has seen a modest improvement in the 2014 index. Corruption has been a visible issue in India in recent years, and the country’s performance has improved modestly over that time. It still ranks low on the list but has been steadily, if slowly, rising since the 1990s, so the recent surge may be due in part to higher expectations related to these and other events.

What accounts for the discrepancy between improved anti-corruption efforts and low performance in certain corruption indexes? China has made a concerted effort but is losing the early gains. India has also taken steps to curb corruption, with only marginal results in the indexes. Therefore, are recent accusations of Chinese officials by pro-Western bias in global corruption ratings warranted?

The issue behind this seeming disconnect is not how corruption is defined, but how it is detected and measured, and the corrupt prosecuted. Notions of corruption are fairly universal, even between the East and West. Personal gain (typically financial) resulting from abuse of power, circumvention of procedure, undue political influence and non-disclosure of assets can all be defined as corrupt practices. Nevertheless, the procedures through which corruption cases are prosecuted emerge from differences in governance cultures.

From the Western perspective, corruption in its systemic nature requires not only legal intervention but also institutional restructuring. The latter includes certain operating conditions within the government that make corruption more difficult to indulge in, such as an independent judicial system and institutional capacity to monitor corrupt practices. These metrics also include openness, particularly for related investigations. In the Western model, these are fundamental—if peripheral—qualities of any effort to root out corruption, and represent a preventative approach.

In China, the focus is on results. This approach holds prosecutions as the ultimate goal. On this ground, China has made progress.

The Western notion of corruption is rooted in the tenets of democracy. Transparency, a critical dimension of democracy, is difficult to measure absolutely. As such, surveys must be used to understand the degree to which respondents believe corruption is occurring, including opinions from businesspeople and analysts at global financial institutions and international organizations.

As the world has become increasingly interdependent, the governance ideals of Western countries (where corruption research most often takes place) are being used to judge emerging superpowers, fairly or otherwise. The question is whether Western observers - analysts, governments and anti-corruption watchdogs—are willing to accept the credibility of claims from China and India about the robustness of anti-corruption efforts, or whether observers will continue to use limited information and speculation to make feebly substantiated accusations, particularly about weak political will and failure to observe specific sets of rules for transparency and judicial fairness.

These are difficult times for entrenched political parties. The dividing line in the current corruption debate is universal access to information; the West sees it as paramount (even if is imperfectly practiced by many Western countries), while China sees it as an overbearing nuisance and ideological battering ram. Perhaps the next stage in the global debate is for China, India and other countries to develop their own anti-corruption indexes, presenting new metrics to the global marketplace of ideas and exposing the analytical shortcomings of Western analysis, if existent. Let the dragon and the elephant show the eagle how to catch a fly.

Asit K. Biswas is distinguished visiting professor at Lee Kuan Yew School of Public Policy, National University of Singapore, and Kris Hartley is a doctoral candidate at the same school.

This article was originally published in China Daily, 24 December, 2014.