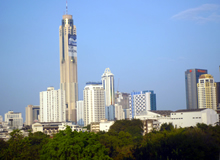 Official figures indicate real economic growth to be between 2.5 and 3.5 percent for the year, against the 3.3 percent forecast for the global economy by the IMF’s World Economic Outlook in October 2014. Singapore’s rising importance as an ASEAN hub for renminbi-denominated financial services, and named, for the ninth year, as the best global location for business and enterprise were among the positive developments in 2014.

Official estimates of inflation are 1 to 1.5 percent with real income growth purportedly at 0.4 percent. Unemployment remains a respectable 2.0 percent of the labour force, with jobs created outnumbering jobseekers. Inequality of employed household labour incomes measured by the Gini coefficient was marginally lower at 0.463 relative to the previous year before government taxes and transfers, and 0.412 after.

Singapore’s performance indicators need to be interpreted with caution.

For example, low inflation has largely been attributed to a mitigation of cost increases in healthcare from a 2014 government budget-financed subsidy for the elderly and not improvements in productivity and economic performance. Income disparity is also likely to be understated as retirees, who form over 6 percent of households, and capital income, which accrues in favor of higher income groups, are not considered in the Gini’s computation. With wages consistently less than half of household income, inequality will be much higher if both retiree households and capital income are included. There is also a strong case for facilitating greater public scrutiny of the methodology used to estimate the ‘after’ Gini ratio as, in estimating the household’s economic tax burdens, analysts face significant conceptual and statistical limitations.

A mid-2014 study reports Singapore’s household debt-to-GDP ratio rising sharply from 48 percent in 2007 to between 78 percent and 130 percent in 2013, depending on the sources used. A rapidly rising debt ratio not only accentuates inequality, but also makes households and the economy more vulnerable to negative macroeconomic and asset price shocks. If current low oil prices persist, this will negatively impact Singapore in 2015 as oil companies reduce capital expenditure globally, affecting oil equipment manufacturing in Singapore. Growth uncertainty from lower oil and commodity prices in Indonesia, Malaysia, and China may also impact Singapore negatively.

The requirements of wellbeing in Singapore have moved from absolute incomes and basic goods towards relative incomes, towards adequacy and accessibility of healthcare and retirement provision and public sector transparency and accountability. Yet, policymakers appear content with marginal changes, giving insufficient weight to demands to verify the rationale, underlying data and assumptions required to elicit verifiable trust.

For example, the announced-changes to MediShield, the state-administered basic catastrophic health insurance scheme, promises universal coverage and wider benefits, but premiums remain priced on commercial guidelines which vary with gender and increase with age. Lower-income groups and the elderly remain susceptible to inadequate coverage from income fluctuations due to macroeconomic conditions and illness, and principles of social risk pooling remain unimplemented.

Preference for minor adjustments is reinforced in the area of retirement financing. It is increasingly clear that sole-reliance on the CPF is insufficient for retirement. To address this concern, the government has announced an income supplement scheme to be unveiled in the 2015 Budget. However, preliminary indications suggest its impact is likely to be marginal.

With increasing expectations of greater social equity and public accountability, policymakers will need to re-examine existing management philosophies and align them with demands for better quality-of-living and life. This requires acknowledging that addressing relative, not absolute, poverty is essential for rapidly aging and affluent Singapore.

A stronger signal towards ‘Verifiable trust’ would be the government’s acceptance of a fundamental change in its social protection philosophy. This includes introducing a means-tested budget-financed social pension for the elderly and disabled. There is sufficient fiscal space for such an initiative.

It also includes social, rather than private, insurance principles as the operating guidelines for the MediShield insurance scheme. The aim of Social Protection Policies is not minimizing government budgetary expenditure, but minimizing total economic resources, including transaction costs, devoted to a fair and adequate level of social protection.

The government can further signal its acceptance of the need for ‘Verifiable Trust’ by accepting the demands for collecting and releasing better quality data, which encourages higher quality widely-based public policy debates, including social media. Relevance of data quality and timeliness becomes evident with the following. A 2014 study from the International Labor Organization reports that median income of the 90th percentile is over three times that of the 50th percentile in 2012. Official statistics report the average, which give a smaller ratio of 2.5 between the two deciles. Notably, incomes of the top one and five percentiles are unreported. If disparity of distribution is wide, averages become less informative, becoming subject to ‘the tyranny of averages’.

Releasing more disaggregated, and detailed, data will further signal the government’s willingness in better addressing requirements of ‘Verifiable Trust’. A similar case can be made for more detailed disclosure of data for CPF balances and returns as these impact the adequacy (and public perception) of retirement financing, and the government’s accountability.

The need to strike a balance between social equity, transparency, and accountability on the one hand and current growth strategy will increasingly form the core of policymakers’ concerns. The current approaches of the government are inadequate, and therefore the quality and credibility of its future response will determine the extent to which the current ‘verifiable trust’ deficit is bridged.

This article was first published by the East Asia Forum on 10 January.
Tags: asean, singapore, trust