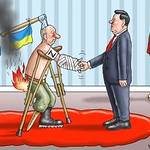 Neither Xi Jinping nor the Chinese Communist Party are as all-powerful and domineering as they might seem.
Xi Jinping would be China’s “president for life”, “chairman of everything”, “the most powerful man in the world”, and China’s most powerful leader since Mao Zedong, according to a common narrative. The Chinese Communist Party (CCP) is widely perceived to completely dominate all aspects of life in China – a country with the world’s largest population, and the world’s biggest economy by some measures.

On closer examination, however, the situation is not as simple. In order to have the possibility of extending his presidency beyond 10 years, in 2018 Xi had to push the National People’s Congress to abolish presidential term limits in the Chinese constitution. These term limits had been put in place by Deng Xiaoping in the 1980s as part of his effort to ensure that China never suffered another crushing dictatorship like that of Chairman Mao.

The 20th National Congress of the CCP

It will only be at the 20th National Congress of the CCP, beginning in a few weeks’ time on 16 October, that the Party will likely extend Xi’s term of office. And while CCP leaders and elders are widely expected to give Xi his desired extension, not everyone is happy with the situation.

In particular, the next generation of leaders rising through the CCP ranks will no longer have a shot at the top job. Xi has also created many enemies through his draconian anti-corruption campaign, which mainly targeted political enemies and rivals. Under Xi’s stewardship, the economy has not performed well, and the future prospects are weakening with China’s ageing population, enormous public debt, and trade war with the US. What’s more, Xi’s strict zero-COVID policy has proved very controversial in cities like Shanghai.

So, China watchers will be reading the tea leaves to interpret the strength of Xi’s new mandate. Will he receive an extension with implicit conditions? Will the new membership of the Politburo Standing Committee be entirely to his liking? How will the CCP factions be represented in the Standing Committee? Indeed, it’s not so long ago that Xi’s predecessor as China’s paramount leader, Hu Jintao, governed with his wings clipped by CCP elders and rival factions, even though he had been chosen for the position by Deng Xiaoping.

Further, it is unclear how long Xi will remain at the top of the CCP. Whatever the end of his reign, it is quite possible that the ultimate succession to his rule will provoke a power struggle in the CCP and political instability – something that the two-term limit on the Chinese leader, together with anointing an eventual successor, was designed to avoid.

In short, Xi’s hunger for power may not be in the best interests of the CCP. And the recent social media rumours of a coup against Xi may indeed be a sign that all is not well inside the CCP.

For its part, the CCP is well known for its tough, repressive policies in Xinjiang, Tibet, Inner Mongolia, Hong Kong – and indeed against anyone who is perceived as a threat against the CCP. Further, the CCP refuses to be accountable to the Chinese people through elections. At the same time, the CCP feels a need to be “responsive” to the opinion of the many actors in China’s political system and society, according to a recent book by Bruce Dickson of George Washington University.

Indeed, Dickson describes the Chinese political system as being one of “fragmented authoritarianism”, with many competing interests and policy preferences which impede simple top-down decision making. For example, “When the CCP’s legitimacy and survival is not at stake, it sets the broad policy priorities but leaves the details of laws, regulations, and implementation to other state actors – including government ministries, local governments, and people’s congresses at both the local and national levels”. Further, the CCP solicits the opinions of experts and regular citizens on most pending legislation and major regulations before final passage.

The CCP has an ambiguous relationship with civil society groups. It seeks to repress those that threaten its grip on power or legitimacy, notably those that promote labour rights, human rights, religious freedom and the like. At the same time, local officials often tolerate and even cooperate with groups that provide disaster relief, poverty alleviation, job training, and other social welfare goods and services. There are some 800,000 registered non-government organisations in China, and twice that number unregistered, but still active.

Religion is resurgent in China, and the CCP is conscious of the role that the Catholic Church played in the fall of the communist regime in Poland. So, the CCP has been repressing religions, especially those with foreign ties like Catholicism, Protestantism, and Islam. Nevertheless, religious groups have been helpful as they often provide social services that the local government can’t deliver, such as orphanages, hospitals, and homes for the disabled. For example, in response to the 2008 Sichuan earthquake, which killed about 69,000 people, religious groups stepped up to provide much assistance while the government responded feebly.

What explains the CCP’s responsiveness to societal groups?

The CCP also has mixed reactions to political protests. It won’t tolerate protests that are seen as a threat to the CCP. But the vast number of protests since the Tiananmen Square tragedy of 1989 have mainly been ad hoc protests about specific events and grievances, rather than calls for political reform. Once again, the CCP has often been responsive to people’s concerns, such as local officials’ corrupt land grabs, as well as plans to build dams, chemical plants, and high-speed rail systems. Public concerns about extensive environmental damage has also motivated the CCP to clean up the air in major cities and become a global leader in renewable energy.

The CCP’s policy of combining political and social repression with responsiveness is motivated by the existential objective of the Party – namely its survival. Following the CCP’s near-death experience of the 1989 Tiananmen Square protests, the Party is keen to be at least somewhat responsive in order to maintain social stability to ensure its own survival. In this regard, maintaining social stability is a key performance indicator for local officials’ job performance and prospects for promotion. And the CCP’s policy responsiveness is a means to pre-empt demands for democracy.

It is important to stress that the CCP’s responsiveness can be rather ad hoc. It is more apparent on some issues, in some regions of the country, and at some points in time than others. Moreover, since Xi Jinping became China’s leader in 2012, the pendulum has swung decisively away from responsiveness and toward repression.

One of the great puzzles for political scientists has been the possibility of democracy coming to China. Modernisation theory suggests that as a country develops and sees the rise of an urbanised, middle class society, there will be an irresistible demand for democracy. That was one reason why the US Clinton administration supported China’s entry into the World Trade Organization in 2001.

But modernisation theorists have been disappointed with the case of China, where there is no sign of democratisation, and indeed no organised opposition to the CCP. There are several reasons why China has not democratised. First is the CCP’s belief that successful economic development would improve popular support for the CCP, rather than usher in political reform. And economic development has been buttressed by political responsiveness discussed above.

Dickson also reports that the Chinese people actually believe their political system is increasingly democratic because they experience improving standards of living and a somewhat responsive government. They seem to define democracy in terms of good governance, rather than in terms of the election of leaders, civil rights, or the rule of law.

At the same time, a critical factor in the CCP’s survival has been the strict Leninist political regime – with no organised opposition; tight Party control over the senior appointments in government, state-owned enterprises, banks and universities; a network of party cells throughout the state and society to monitor compliance with the party line; and suppression of ethnic minorities in favour of a uniform national identity.

The regime of Xi Jinping has reoriented Chinese governance towards even more repression (especially through modern surveillance technology), less responsiveness, and a tightening of the Leninist political regime – provoking discontent in some quarters. As China’s economy is becoming a weak spot, and relations with the West have deteriorated immeasurably, the future of the CCP regime comes into question.

Dickson warns that if CCP were to succumb to regime change, history suggests that it is unlikely to become a democracy, but rather another authoritarian regime. For example, most of the formerly communist countries in the Soviet Union and Eastern Europe have not become democracies. Further, China does not have an organised opposition, or an opposition figure like South Africa’s Nelson Mandela. The most plausible avenues for regime change in China would be an internal CCP coup (change of leader) or a military takeover.

This article by John West was first published on 27 September 2022 by Unravel.