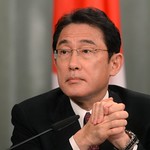 Tragically assassinated former Japanese Prime Minister Shinzo Abe has left an extraordinary legacy which is being carried forward by the administration of Prime Minister Fumio Kishida.
Abe’s term as Prime Minister—the longest in Japanese history—coincided with one of the most turbulent periods in the modern history of the Indo-Pacific. He rose to the premiership in December 2012, around the same time the assertive Xi Jinping became China’s leader.

His term also overlapped Donald Trump’s volatile US presidency. When he left office in 2020, due to bad health, the world was in the midst of COVID-19, and Japan was struggling to honour its commitment to hold the XXXII Olympiad.

Japan’s relations with Russia have also long been problematic in light of Russia’s occupation of four small Japanese islands north of Hokkaido at the end of World War 2. Another thorn in Japan’s side has been North Korea, whose Supreme Leader since 2011, Kim Jong-un, has accelerated the country’s nuclear and ballistic missile programmes and even sent missiles flying over the Japanese archipelago.

US President Donald Trump was also a destabilising force. He made erratic statements seeming to undermine the US security alliances with Japan and South Korea, two long-standing security allies, even though the US with its nuclear umbrella had been the ultimate guarantor of peace in East Asia.

Relations with China got off to a rocky start in 2013 when Prime Minister Abe visited the controversial Yasukuni Shrine, but he worked very hard to foster smooth relations with China. Economic and business relations are important to both sides – China still benefits from Japan’s rich technology base, while China’s fast-growing market is a key driver of the Japanese economy.

Nevertheless, in the face of an increasingly assertive China, Prime Minister Abe promoted very actively his vision of a free and open Indo-Pacific, which spawned the Quadrilateral Security Dialogue (the Quad) with Australia, India and the US. Japan also joined forces with Australia and the US in the promotion of “quality infrastructure” in the Indo-Pacific, in response to China’s Belt and Road Initiative. And it is widely agreed that Abe became Australia’s best friend in the Indo-Pacific.

Donald Trump’s withdrawal of the US from the Trans-Pacific Partnership trade deal was a blow to Japan. However, rather than let the TPP die a natural death, Prime Minister Abe led a renegotiation of the agreement among the remaining eleven signatories. And under Abe’s watch, the Japan-Australia Economic Partnership Agreement entered into force in 2015.

At the same time, Abe also demonstrated great diplomatic skills in his relationship with Donald Trump – being the first foreign leader to meet Trump following his election, and a frequent golfing partner as well as a flattering host.

Fumio Kishida has been Japan’s prime minister since 2021 and is carrying forward Abe’s mission of protecting Japan’s national security in an even more challenging environment. Japan’s situation is unique in that it faces three adversaries, China, North Korea and Russia.

Indeed, Japan was shocked by Russia’s invasion of Ukraine. “Ukraine today may be East Asia tomorrow,” Kishida said. As a middle-power country, Japan relies on the rules-based world order for its security and prosperity.

The invasion highlighted how easily a great power can violate that order, with disastrous impacts on middle powers. Another troubling factor for Japan is the strengthened “no limits” partnership between China and Russia.

Japan was quick to join Western countries by implementing economic sanctions against Russia and Belarus. Kishida also participated in the recent NATO summit in Spain, along with other non-NATO countries, Australia, South Korea and New Zealand, the first time these countries were invited to a NATO summit. Japan now intends to significantly upgrade its partnership with NATO.

Kishida has committed his government to drastically increasing defence spending “within the next five years”, with one poll showing 64% of people surveyed were in favour of Japan strengthening its defensive capabilities – a dramatic turnaround for the traditionally pacifist Japan.

Is Japanese pacifism on the decline?

Pacifism is also enshrined in Japan’s Constitution. But there is growing support for amending Article 9, something which may happen under Kishida’s leadership. One proposition by the former Prime Minister Shinzo Abe is to simply add a sentence to Article 9 recognising the legitimacy of the Self-Defense Forces.

It is not difficult to see the great irony in the fact that the assertive and aggressive behaviour of Russia and China has actually resulted in the West and NATO showing greater solidarity and cohesion than they have had for a very long time. And it has pushed the traditionally pacifist Japan into investing more in its own national security.

This article by John West was first published by Unravel on 23 August 2022.