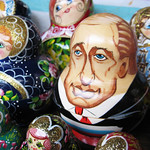 There Is Nothing for You Here: Finding Opportunity in the Twenty-First Century

Fiona Hill fears that American politics will head in a Russian-style authoritarian direction unless it can restore the infrastructure of opportunity.
Fiona Hill was the former Deputy Assistant to the President of the United States (US) and became a media personality in the US and beyond upon acting as a key witness in the first (2019) impeachment trial for President Donald Trump. It was rather remarkable that a former senior official in the Trump White House should effectively accuse congressional Republicans of promoting “false narratives” of benefit to the Kremlin.

Indeed, Hill’s whole life has been remarkable, as described in her book, “There Is Nothing for You Here: Finding Opportunity in the Twenty-First Century”. Her journey began in Bishop Auckland, a mining town in North-East England. As she was finishing high school, her father told her that “There Is Nothing for You Here”, her hometown did not offer the opportunity that she deserved. Further, she could sense that class and gender barriers in the UK also prevented access to opportunity in a society dominated by male elites from the South-East.

Hill would go on to study history and the Russian language in Scotland, before going to Russia for further studies. Then, she went to the US to study in Harvard for her PhD, after which she worked at the Brookings think tank and the White House during three administrations – those of George W. Bush, Barack Obama, and Donald Trump. Much of this part of her story focuses on her personal struggles and her observations of various forms of discrimination which impede opportunity.

Hill’s book is much more than a memoire. Running through her book is a narrative of deindustrialisation, broken communities, and a disappearing infrastructure of opportunity in the three countries she knows so well – the UK, USSR/Russia, and the US. Hill concedes that she is not an economist, she is a historian. This narrative is more like the work of an anthropologist, as she puts together her story based on her lived experience.

During the 1980s, the local economy of Bishop Auckland surprisingly had more in common with the USSR than one might think. Every major industry in the north-east of England – notably steelworks, shipyards, and coal mines – had been nationalised by the British government after World War 2, basically to save these industries from the postwar bankruptcy. In other words, Hill grew up in the functional equivalent of the USSR, an area dominated by state-owned enterprises!

By the time Margaret Thatcher rose to the leadership of the UK in 1979, these industries were inefficient and needed to be modernised. Thatcher’s mass privatisation led to reduced operations, automation, and massive layoffs. The North-East of England was devastated: hundreds of thousands of people lost their jobs at once. This not only destroyed the local economy, but also local communities. Hill takes issue with Thatcher’s cry that there is no such thing as society – that the UK is not a country of communities, but of individuals.

Hill went to the USSR on a scholarship in 1987/88, where she discovered that the Soviet economy was falling apart in a similar way to her hometown. Economic central planning was running out of steam, the shops were empty, and Moscow was crumbling as there had been no major capital investment for decades. When Soviet workers lost their jobs, the ramifications were devastating – in addition to losing their income, they would usually lose their health care which was provided by their company.

When Hill went to the US to do a PhD in Harvard in 1989, she saw before her eyes – in the nation’s North-East and the Mid-West – a similar movie to the UK and Russia. Big manufacturing industries like auto plants, steelworks, meat works and mills, were closing down, as were coal mines in Pennsylvania. The former industrial heartland became America’s rust belt. And as in the USSR, Americans who lost their jobs, also lost their health insurance which was tied to their workplaces. However, America’s opportunity crisis also has a racial dimension which was less prevalent in the UK and the USSR.

In sum, the UK, USSR, and the US were going through similar cycles. According to Hill, the lack of social and societal opportunities in the affected areas has led to the democratic crises that we face today. When perhaps one-third of a country suffers from deindustrialisation and lack of opportunity, it propels an authoritarian reaction. Disenfranchised people feel that elites don’t listen to them, and they don’t see themselves reflected in the government. They are attracted to Brexiteers, Donald Trump and Vladimir Putin who seem to be listening to their concerns and make grandiose promises.

In North-East England people were told by Brexiteers that there was no new investment or industry because all their money was going to Brussels, while Europeans were coming to the UK and taking jobs. Thus, a groundswell of grievance drove Britain’s vote to leave the European Union.

When Putin came to power In Russia at the end of 1999, the country was bankrupt. Putin then got lucky with a boom in gas and oil prices which enabled him to make the country solvent again. Moreover, he could get people back to work, notably by creating jobs in government and the military-industrial complex.

Hill argues that Putin also used populist narratives in his early 2000s to stoke up support, in a similar way to how Trump would do with his “Make America Great Again” slogan during the 2016 presidential campaign. Putin was gradually able to undermine Russia’s nascent democratic institutions, and move on to military adventurism in Ukraine, Syria, and elsewhere to bolster nationalism.

Trump admired Putin for being strong and powerful. Indeed, he suffered from “autocrat envy” and mimicked Putin, writes Hill. He was thus able to exploit the deep political chasms that had opened up in the US over many years, as America’s heartlands and rust belt buckled under economic collapse and left many people behind. Then, just like in Russia, this powerful man promised to fight for them and was swept to power on the back of their grievances.

The US also saw a deterioration in its democracy under Trump, notably in the form of the January 6 attack on the United States Capitol. Hill fears that Russia’s authoritarian present situation could become America’s future if it does not address US’ declining economic opportunities, and the Trumpian figures who come to dominate US politics. She argues that America is already in a “cold civil war”, which could be a preface to the US’ democratic demise.

For Hill, the essence of America’s problems is the breakdown in the infrastructure of opportunity, especially the decline in publicly funded higher education that began with Reagan (and Thatcher in the UK). Yet, despite the importance of higher education, much more is necessary to restore the infrastructure of opportunity, as asserted by Nobel Prize winning economist, Sir Angus Deaton.

Hill’s book makes a very important and personal contribution to the reader’s understanding of social and political polarisation and democratic decline, in the US and beyond – issues which are of crucial importance in the 21st century.

- John West. Book Review: There Is Nothing for You Here: Finding Opportunity in the Twenty-First Century. Australian Outlook, Australian Institute of International Affairs.

- Hill, Fiona. There Is Nothing For You Here: Finding Opportunity in the Twenty-First Century