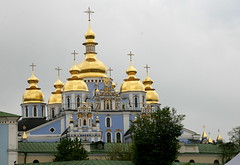 The Ukraine war could accelerate the transition to global anarchy

A history of post-Cold War politics—written before the Ukraine war—tells us how this war might play out.
Just three decades ago, when the Berlin Wall fell and the former communist bloc was dismantled, there was much triumph in the West. It was widely believed that we were on the threshold of a new era of openness, of economic globalisation and political democracy. This spirit was neatly captured by the title of Francis Fukuyama’s book, The End of History and the Last Man.

Today we live in a world of broken dreams and the West is largely to blame, writes Jonathan Holslag in his recent book, World Politics Since 1989. While this book was written and published prior to Russia’s invasion of Ukraine, it offers much historical background to help understand this conflict and some of the likely outcomes.

Holslag writes that economic globalisation, promoted by the West—through trade, capital movements, migration and knowledge exchange—has helped enrich authoritarian countries like China, Russia and the Gulf states and their elites. And while there was lots of economic openness, this did not lead to political openness at all. On the contrary, these states have acted against the West notably through political interference, and financing terrorism, in the case of some Gulf states.

How the West enriched authoritarian regimes

How could we have travelled from such a period of optimism and great expectations to the present moment where both China and Russia are adversaries, power is openly contested and the rules-based world order is crumbling? Holslag offers some explanations.

First, the policy of “constructive engagement” with Russia, China and the Gulf States from the early 1990s was very inconsistent. Markets were opened for economic cooperation, and China was admitted into the World Trade Organization. However, the West missed many opportunities to push for commensurate political liberalisation – there was a lack of reciprocity in the West’s policies. There was also a lack of appreciation that while economic cooperation fostered corporate profits and consumerism in the West, in China the objective was to enhance national power through acquiring technology and building national corporate champions. Further, the tragic 9/11 attack obliged the West to work very closely with authoritarian countries in the Gulf even while those countries were supporting extremism and terrorism.

Second, early on, the West realised that constructive engagement was failing, and that authoritarian regimes were benefiting from economic globalisation, without opening up politically. However, Holslag reports from his participation in European Union meetings where it was clear that the West did not have the courage to tackle authoritarian regimes for their lack of political reform. Ironically, this undermined the credibility of the West and fostered a belief by China that the West had become weak – “if you won’t defend your own values, what will you defend?”. In this context, the West also betrayed reformers and human rights activists in China.

Third, Western multinational companies increasingly saw their business future being more with these authoritarian regimes than in Western markets. Thus, they became a very powerful lobbying force on behalf of authoritarian regimes. Indeed, an unholy alliance of developing countries and multinational companies resisted tying trade rules to social and environmental standards. And as China was preparing its new labour law, big European and American multinationals encouraged it not to do so.

Fourth, Western consumerist societies became addicted to cheap Chinese goods and low-cost energy from Russia and the Gulf. This consumerist addiction broke our resolve to stand up for our values.

For Holslag, the tragedy is not so much that we failed to change these authoritarian regimes. The unwillingness of these countries to undertake political reform should have been obvious from the start. The great tragedy is that this strategy weakened the West from the inside.

How the West has weakened itself

Western financial systems, corporations and politics have been corrupted by the shady corporate and elite riches from these authoritarian regimes. Western economies have also deindustrialised as manufacturing has been relocated to China and other emerging economies. Access to fossil fuels from authoritarian countries has held back decarbonisation of Western economies. Uneven benefits of economic globalisation in Western countries has underpinned the rise of populism, nationalism and protectionism, and the fracturing of Western societies and polities, as evidenced in Brexit and the election of Donald Trump.

But what worries Holslag the most is the great gift for self-deception in the West, especially in Europe. In the face of vulnerabilities from energy dependence on Russia and the Middle East, the enormous numbers of refugees and migrants pressing to enter, and threats from Chinese technology acquisitions, Europe continues to deceive itself with short-run tokenistic policies. In short, Europe has fallen into a “decadence trap” whereby it lacks the courage of its convictions. It is a kind of anaesthesia for a rich society.

This is most evident when it comes to defence policy, where Europe, despite its immense wealth, has been unwilling to invest sufficiently in military assets to be able to defend itself against rogue regimes like Russia. On the eve of Russia’s invasion of Ukraine, Holslag feared more years of what one might call “great pretending”, that is, pretending to respond to changes in the world, while in fact we are not doing much of anything at all.

Looking ahead, he foresaw a weakening of Western civilisation as a cluster of norms, values, and ideas – a weakening both economically and technologically, and even demographically, especially when it comes to Europe. Europe in particular will be subject to enormous migration pressure in the context of the expected demographic explosion in the Global South.

Holslag’s book, published in September 2021, just months before Russia’s invasion of Ukraine contained abundant warnings of the likely troubled future of the West. An insecure and emboldened Russia, not afraid to use its military might. A West afflicted by a chronic habit of appeasement, resetting relations with Russia, and wishful thinking. Also, a West in which the US is virtually the only serious military power. And a Europe, notably Germany, which blindly became highly dependent on imports of Russian energy and technology exports to China.

Will the West’s newfound solidarity endure?

The reaction of the West to Russia’s invasion of Ukraine has surprised most observers. It seems that the West and NATO are back and have more solidarity than ever. Holslag’s pessimism may no longer be justified.

Nevertheless, despite the West’s newfound solidarity, the future looks rather problematic. France’s President Macron is now arguing for an early political settlement with Russia, which would involve Putin not being humiliated and being able to keep some of his newly conquered territory. There are reports that Germany is quietly supportive of this approach. For these countries, saving their economy is more important than seeing Putin punished for his outrageous invasion. And it seems highly unlikely that Europe will insist on Russia financing the post-conflict reconstruction of a Ukraine that it is single-handedly trying to destroy.

Apparently, the US, UK and obviously Ukraine don’t agree. But there must be questions about the US’ staying power, with an unpopular President Biden facing midterm elections in November this year. Western governments will also have to face down the irresistible urge of Western companies to do business with rogue regimes like Russia. Very few emerging economies have applied economic sanctions against Russia. Indeed, anti-American sentiments, fuelled by its botched withdrawal from Afghanistan, mean that many do not support the Western response to the Russian invasion – especially since most are suffering from the dramatic increase in food and energy prices.

In short, with so many imponderables, there is still a strong case for Holslag’s pessimism, and the possibility of a de facto Russian victory. In sum, the Ukraine war could see an acceleration in the transition from a rules-based global order towards global anarchy.

This article was first published by Unravel on 14 June 2022.