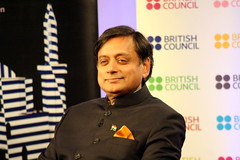 The Struggle for India’s Soul

India’s civic nationalism is now under severe threat by Prime Minister Narendra Modi’s government and its pivot to ethno-religious nationalism.

The rise of nationalism

India’s independence in 1947 was the result of a successful anti-colonial nationalist movement. And then, “civic nationalism” became the spirit of India’s formation as a nation state and its constitution. But most regrettably, India’s civic nationalism is frittering away, and being replaced by ethno-religious nationalism, according to Shashi Tharoor, a leading public intellectual and politician.

Nationalism has indeed been a powerful political force in recent centuries, as Rich Lowry recounts. Nations, meaning groups of people who share a culture, history or language, have managed to achieve self-government in numerous cases. (The related concept of “patriotism” refers to the love of your country, like the love of your mother.)

Nationalism has often driven the creation of new nation-states following the breakdown of empires, most spectacularly the Austro-Hungarian and Ottoman Empires after World War 1, and the British, French and other European empires following World War 2, after which Indians managed to kick the British out of their country. Empires are rarely democratic because you have one nation ruling other peoples.

But there were much earlier signs of nationalism. Lowry regards Ancient Israel as being a form of “proto-nationalism”. Medieval England is also an early case of nationalism, as power was wrested from royalty. Another case of nationalism was Joan of Arc leading the liberation of France from English rule, which enabled the French people to govern their own nation. An American nation developed in the leadup to 1776, and the American Revolution, by which the country achieved independence from its British masters, is another example of nationalism. Underlying trends over time have been industrialisation and urbanisation which created national markets and fostered national identities, which trumped local identities and loyalties.

While nation states dominate the political organisation of the world, the process of forming them was not always pretty, especially in countries like the US and Australia where native populations were decimated and dispossessed of their lands. For its part, the nation of Poland, being squeezed between the Germans and the Russians, has had a difficult history. Many nations, like the Kurds, were never granted states. And the process of state formation in the Middle East, Africa and South Asia involved colonial powers drawing arbitrary lines on maps, with little regard for underlying historic nations, which set these regions up for long standing instability.

Nationalism, despite its obvious appeal of self determination and government, has often been abused. Some analysts have noted that nationalism can be expressed as racism, and argue that it was a driver of the European conflicts of the 19th and 20th centuries. There is a widespread perception that nationalism is on the rise today, in opposition to globalisation and cosmopolitanism. And nationalism has indeed become a dirty word in many circles.

China’s Communist Party is actively fostering anti-Japanese and anti-Western nationalism via propaganda and patriotic education, as one of the pillars of its survival strategy. Brexit is widely seen as driven by nationalism, as was Donald Trump’s election as US president and his Make America Great Again philosophy. During COVID, nationalism has also raised an ugly head, as some countries blocked exports of medical and pharmaceutical supplies to ensure that local populations have preferential access.

Brexit and the rise of Donald Trump can be seen as representing ill-conceived nationalisms, which overlook the potential benefits of cooperation between countries. Cosmopolitan elites often see both events as being tinged with racism, in light of their anti-migration sentiments. More generally, such elites typically have a transnational orientation, and can believe nations to be retrograde and archaic institutions. In any event, nationalism should not lead countries to batten down the hatches with the rest of the world.

But India’s case has been one of the most remarkable expressions of nationalism. This country with a Hindi-speaking and Hindu majority population agreed on a national constitution, based on “civic nationalism”, a nationalism of institutions and constitutions. This is rooted in inclusivity, social justice, religious tolerance, and a society that allowed individuals to flourish.

Thus, India with a multitude of languages and religions, would treat all of its citizens equally, whether they be Hindus, Muslims, Sikhs, Jains, Christians, tribal people or other. Religion does not determine “Indianness”. The idea of creating a Hindu India was rejected. (In a similar vein, anyone can become American.)

This was a remarkable achievement. This vast and diverse country, well-known for the “Argumentative Indian”, was able to reach a consensus on equality – at the same time as its Muslim brothers decided to create a state specifically for Muslims in the form of Pakistan (East and West Pakistan at the time, before East Pakistan broke away as Bangladesh).

The Indian Congress Party, led by Jawaharlal Nehr, played a leading role in Indian independence and nationalism. It is today the political party of Shashi Tharoor, who recently wrote a fascinating book, “The Struggle for India’s Soul”, which explores Indian nationalism and the fate of the country’s democracy.

Tharoor, like much of India’s Westernised elite is immensely proud of India’s birth as a country practicing civic nationalism. But he despairs at the country’s pivot over the past 25 years towards ethno-religious nationalism (an “identity nationalism”), with its exclusionary, aggressive, and sectarian spirit, based on a cultural identity that India is a Hindu country.

Under Prime Minister Narendra Modi, the Bharatiya Janata Party (BJP) government has since 2014 been passing laws, imposing practices, and developing slogans that discriminate against Muslims. In particular, Tharoor cites the example of the Citizenship (Amendment) Act, 2019, by which refugees and migrants from other South Asian countries can be fast tracked for citizenship applications. But this Act only applies to six religious communities – Hindus, Sikhs, Buddhists, Jains, Parsis and Christians – and excludes Muslims.

This is just one example of India’s secularism being under threat. Another is the role of India’s traditional media, which was traditionally very vibrant, but is now demonstrating an appalling level of conformity and even an abject submission to the government. The media has been cowed by the overweaning power of the government, combining intimidation and cooptation, which ensures the minimum of critical voices in the mainstream media.

Beyond the media, institutions like universities, the judiciary, the (autonomous) Election Commission of India, the Reserve Bank of India, are subject to a governmental assault to ensure that criticisms of the government are limited. But what is equally disturbing is the violence and discrimination by regular Indian citizens directed at Muslim communities.

There has of course been much international commentary about the unfortunate tilt in Indian politics. For example, India would be a “flawed democracy”, according to the Economist Intelligence Unit’s Democracy Index 2021, where it is placed only 46th out of the 167 countries surveyed. The EIU did note the effectiveness of mechanisms and institutions to allow government accountability to the electorate between national elections. For example, year-long protests by farmers forced the government to repeal the farm laws that it had introduced in 2020. The BJP also suffered some election defeats in state elections. But the EIU remains in despair – “However, the government’s failure to crack down on the persecution of religious and other minorities by Hindu nationalists continues to weigh on India’s democracy score, which has declined significantly in recent years.”

Human Rights Watch, an NGO, has recently reported that several government-run educational institutions in India’s Karnataka state have banned Muslim female students from wearing the hijab, or headscarf, leading to protests and a multi-day shut down schools and colleges.

One unfortunate trend is that Western democracies have been giving Prime Minister Modi “a pass”. As the US, Australia, Japan, and other Western countries are locked in great power rivalry with China, they are strengthening partnerships with India for geostrategic balancing, such as through the Quadrilateral Security Dialogue (“the Quad”). This means that criticisms of India’s human rights abuses are very muted, in contrast to the raucous protests about China’s human rights abuses in Xinjiang.


India’s Congress Party should do better

Despite my great sympathy for Tharoor’s writings, perhaps his greatest oversight is the lack of mention of the poor performance of his own political party, the Indian Congress Party, both during its recent times in government and now in opposition. Congress is quite simply a shadow of its former self compared with the days of Nehru. In recent times, Congress has been a deeply corrupt and incompetent political party. Most regrettably, it is basically a family enterprise (hardly a model for democracy), with its feeble frontman Rahul Gandhi, the grandson of Indira Gandhi, and with Rahul’s enigmatic Italian mother, Sonia, as President, pulling the strings in the background.

- Shashi Tharoor. The Struggle for India’s Soul Nationalism and the Fate of Democracy. September 2021. Hurst.

- Rich Lowry. The Case for Nationalism: How It Made Us Powerful, United, and Free. 2019, Broadside Books