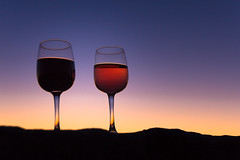 A prosperous and beautiful country suffers from a tragic COVID death toll, violent street protests, rise of nationalist right-wing political figures and social malaise. How can we understand this?
“C’est la crise!” (It’s a crisis!). These were the first words that I learnt when I went to France in 1986 to work at the Organisation for Economic Co-operation and Development. When I left in 2008, “c’était toujours la crise” (It’s still a crisis!). And now as I have just come back to France, it is of course still a crisis!

How can we understand this? Is it just a case of a Gallic bad mood and ill temper? Or, is it something more profound? Let’s dissect the evidence.

The very prosperous and powerful France

France’s GDP per capita of $48,000, puts it in the world’s top 30 countries (of the world’s almost 200 jurisdictions), and well ahead of Asian leaders like Japan, South Korea and China, albeit not Singapore. France has the world’s seventh largest economy. And in a world where countries like the US, UK, Japan and Australia are afflicted by income inequality and poverty, France performs relatively well on this front.

France is not only an economic powerhouse, it is a world leading strategic power. Its military expenditure is the eighth highest in the world. It is also one of five nuclear weapons states recognised under the Treaty on the Non-Proliferation of Nuclear Weapons. It currently possesses the world’s fourth largest nuclear stockpile. France also considers itself a geopolitical power in the Indo-Pacific thanks to a few colonial possessions that it has retained, like Mayotte and La Réunion islands, New Caledonia, Wallis and Futuna, and French Polynesia.

France’s GDP per capita may seem impressive, but it could do much better. It lags well behind peers like Switzerland, the US, Australia, Sweden, Netherlands, Germany and Belgium. In other words, France’s productivity and standard of living should be much higher. Additionally, its unemployment rate has only rarely fallen below 8% over the past few decades. Perhaps, not surprisingly, in general, French people are less satisfied with their lives than the OECD average, and France has one of the highest suicide rates in Europe. COVID-19 has only further challenged mental health in France.

There is much France could do to up its game, according to the OECD. Raising the retirement age is one thing. Too many people retire early, despite France’s very high life expectancy. This deprives the economy of productive potential. Its education system is not producing enough of the skills that businesses need, with youth and the lower skilled missing out in particular.

Productivity growth, the key to economic success, is hindered by weak digitalisation, especially among small businesses and the services sector. France has a poor record in innovation too. According to the World Bank, red tape and bureaucracy make France a difficult country in which to do business. One positive impact of COVID-19 has been experimentation with working from home and new working methods, and an acceleration of digitalisation, as the pandemic has pushed our societies further online.

France was among the most affected European countries from the COVID-19 crisis, and its economy was hit hard, with GDP falling by 8% in 2020. But thanks to a high vaccination rate (77% of French people are fully vaccinated, meaning two doses), and government stimulus, the French economy bounced back strongly. GDP is estimated to have grown by 6.7% in 2021, surpassing pre-crisis levels at end-2021, and could grow by 3.5% in 2022. French unemployment has been relatively unaffected through the COVID-19 shock, thanks to government support and working from home. Needless to say, any forecast about the future is fraught with uncertainty in light of the unknowable future of the pandemic. In any event, COVID-19 will likely leave permanent scars on the economy, especially through disruptions to the education system.

COVID-19 has exacerbated France’s worrying public debt problem. The government quite rightly opened its pocket to help its citizens and the economy, as it has done in the past when the economy faced recessions and other problems. In the past, however, the government never fully wound back these fiscal expansions with the result that government debt has leapt from 15% of GDP in the 1970s to some 115% of GDP in 2020-21.

The government needs a serious plan to bring its debt under control, and make the country better prepared for the next crisis, be it another pandemic, climate change or something else.

COVID-19 has been a stress test for all our societies and economies, and political systems, especially in light of the huge death toll – and in few places more than France. Its COVID toll of over 130,000 deaths is in a similar ballpark to other European countries like UK, Italy, Germany and Spain, though not quite as bad as the US on a per capita basis. And as in most countries, the most vulnerable segments of French society have been hit the hardest by COVID-19 – older people, immigrants, those living in the poorest, most densely populated areas, and those with comorbidities.

But it still seems astonishing that countries like Japan (with 19,000 deaths) and Australia (4,000 deaths) should have much lower COVID death tolls. In many ways, COVID brought out the worst of Western societies like France – an unwillingness of some to sacrifice personal freedoms for the common good, to respect the science of viruses and vaccines, to follow health advice regarding social distancing and wearing masks, to care for vulnerable groups who suffer the most, and to respect health and other essential workers on whom we all depend.

The COVID-19 shock was preceded in France by the “Gilets Jaunes” (yellow vest) movement in late 2018, as thousands of French people came together to protest against an increase in fuel taxes, and a President who they perceive as elitist and out of touch with ordinary French people and their economic and social despair. Although protests have substantially receded, social unrest has been simmering away, breaking out at times in the form of protests against vaccination and France’s vaccine pass (“passe vaccinale”).

French politics swing to the right

Perhaps the most striking socio-political trend in recent years has been the swing to the right in French politics. There is no socialist among the leading candidates for the upcoming French presidential elections – astonishing for a country that was once proudly socialist! Many traditional socialist voters have switched to the extreme right, a similar trend to the US. And associated with this has been a hardening of anti-immigration sentiments.

As a former (and current) colonial power itself, immigration has been a long-term feature of France. And France’s immigrant population (meaning foreign born) has grown strongly over the past decade – from 8 to 14% of the total French population, and now counts close to 10 million. Immigrants in France make up a similar share of the population to those in the Netherlands, US, UK and Spain, but only around half the share of immigrants in Australia, Switzerland and New Zealand.

But immigration consumes lots of oxygen in French political debates. A recent novel, “Submission”, brought to the surface much French angst as it imagined a situation where a Muslim party upholding Islamist and patriarchal values wins the 2022 presidential election in France with the support of the Socialist Party.

The root of the problem

French bookshops and social media are full of commentary, especially of the “declinist school”, on the state of France. Perhaps the most insightful of those commentators is Brigitte Granville. She sees France’s core problem being its governance by a technocratic and bureaucratic elite, ensconced in Parisian palaces, a problem that dates back to at least the times of Louis XIV.

This elite is isolated from the common people, incompetent, conformist, unaccountable and spends too much time feathering its own nest, and ultimately asphyxiates the country. Despite taxing and spending over half the country’s GDP, “the French state has proved unable to provide basic protective equipment for those caring for the sick and doing essential jobs at the height of the epidemic”.

Whatever the causes of its problems—and everyone has its pet theories—France, like the US, the UK and by extension the West, seems in a muddle. There does not seem to be an easy way out, and it’s a situation which can only make authoritarian leaders like China’s Xi and Russia’s Putin laugh!

This article by John West was first published by Unravel on 15 February 2022.