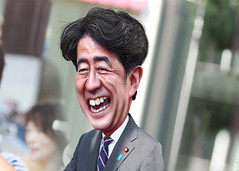 The Abe Legacy: How Japan Has Been Shaped by Abe Shinzo

Abe Shinzō was Japan’s longest-serving prime minister. But his legacy will be mixed at best, according to a recent volume from leading Japanese and Western scholars.
Abe was not just the longest-serving prime minister in Japanese history. He was also perhaps one of the most ambitious of Japan’s prime ministers. But after more than eight years in power — 2006-2007 and 2012-2020 — most of Abe’s ambitions remain unfulfilled, according to the contributions of fourteen Japanese and Western scholars to a recent book, The Abe Legacy: How Japan has been shaped by Abe Shinzo.

The book is very wide-ranging, covering topics like domestic politics, economic and gender policies, security and military diplomacy, and the impact of COVID-19. Chapters on Japan and the world, and its global image, are complemented by ones on Japan’s relations with several key countries and regions. Somewhat surprisingly, Southeast Asia, India, and Australia do not receive separate treatment, even though Australia has become Japan’s closest partner after the US.

The book seeks to answer three questions: “How was Abe Shinzō able to remain in power for the best part of a decade when so many of his predecessors were forced from office after only a short period?”, “What changes did Abe make and were they for the benefit of Japan?”, and “What is Abe’s political legacy now that he has left office?” Not surprisingly, the various writers present a diversity of views, with some seeing the cup as partly full, while others argue that it is substantially empty.

In a fascinating chapter on Abe’s economic legacy, R. Taggart Murphy argues that any assessment, “has to start by acknowledging that Japan’s economic well-being was never his primary policy objective.” What mattered to Abe was removing constitutional restraints on military action, restoring patriotism, and dismantling the postwar settlement with its “un-Japanese” notions of individual rights and democratic accountability. Unfortunately for Abe and his supporters from the right wing of Japanese politics, none of these ambitions were realised.

Moreover, Murphy argues that on the eve of COVID-19, the much-vaunted Abenomics program for economic revitalisation could only be called an unqualified success for Abe insofar as it reinforced the existing elite power. Interestingly, Nonaka Naoto suggests that one of the reasons for Abe’s longevity may have been the economic stability afforded by Abenomics. But he also offers a critique of the techniques used by Abe to blunt parliamentary opposition and thereby maximise his time in office.

Key factors that also contributed to Abe’s longevity were the lack of an effective opposition following its decimation in the 2012 elections and the long-term decline of factions within the ruling party. But Abe himself appeared a broken man as he left office in September 2020. Jeff Kingston argues, “the COVID-19 outbreak diminished the domestic political stature of Prime Minister Abe Shinzō, by exposing his flawed leadership qualities.”

Despite his insightful analysis, Murphy may be somewhat harsh in his assessment of Abenomics. As the OECD has argued, Abenomics did contribute to the elimination of deflation and faster GDP growth. Indeed, for the period 2012-2018, Japan’s GDP per working-age population grew faster than the average for all OECD countries. That said, “womenomics,” a key plank of Abenomics, was a disappointment. As Murakami Hiromi argues, “…after almost eight years under the leadership of the Abe administration, Japan remains a male-dominated, chauvinistic country, where conservatives determine prevailing norms and values.”

The final chapter of the book, written by Robert Dujarric, provides an excellent panorama of Japan’s foreign policy, including Abe’s promotion of a vision of a “Free and Open Indo-Pacific.” It explores the extent to which Japan has been a “rules maker” or a “rule taker” over time, focussing on the Abe period, and also doubles as a synthesis of the book.

Japan’s foreign policy is a vast topic, with many facets. As Guibourg Delamotte writes, the Abe administration was very active in security policy, notably for the reinterpretation of the constitution to permit exercise of the right to collective self-defense. Alessio Patalano focuses on Abe’s use of Japan’s Self-Defense Forces as a tool of diplomacy. In individual country chapters, writers explore Abe’s relations with US Presidents Barack Obama and Donald Trump, his struggles dealing with Beijing, troubled relations with Seoul, the many thorny issues with North Korea, Abe’s herculean efforts to resolve territorial disputes with Russia, and his foreign policy toward the Middle East and Africa.

However, Dujarric concludes that when Abe left office in 2020, Japan’s place in the world was, “still where it was when he returned to the prime ministership in 2012. There have been only marginal changes here and there.” Dujarric may also be underestimating Abe’s impact. Responding to erratic US leadership and China’s assertiveness, Abe was very active and effective in “middle power diplomacy,” notably with India, Australia, and Southeast Asia.

Japan is now a key driver of the coalition of countries seeking to balance China’s assertive behaviour, a theme which could have been developed further in the book. Abe’s diplomacy helped lay the foundations for the elevation of the Quadrilateral Security Dialogue (the “Quad”) to leaders’ meetings in 2021, and for the adoption of the “Indo-Pacific” as the regional strategic framework for a growing number of countries.

Activist trade diplomacy was one of the high points of Abe’s premiership, and represents a sea change from Japan’s traditional mercantilism. Significant mention is made of the Abe administration’s role in salvaging the Comprehensive and Progressive Agreement for Trans-Pacific Partnership (CPTPP). However, it is a pity that more attention is not given to trade diplomacy. Other achievements in this area include Japan’s major contribution to the Regional Comprehensive Economic Partnership, notwithstanding the exaggerated hype of it being a China-led initiative.

All things considered, this is an important book that provides a rich overview and analysis not only of “The Abe Legacy,” but of this important decade in Japan’s modern history. It should be essential reading for all who have an interest in Asian affairs, be they students, business people, or interested citizens.

This article was first published by the Australian Institute of International Affairs on 11 January 2022.