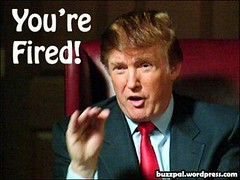 THE celebration of stupidity has surely reached its apogee in the election of Donald Trump to the presidency of the United States, writes Roger Coombs.
THE Celebration of Stupidity, long evident in the public’s fervent embrace of reality television, in our uncritical acceptance of the abomination of commercial television in general, in the astounding local reality of the election to political office of populist candidates such as Pauline Hanson, Malcolm Roberts, Jacquie Lambie and others, has surely reached its apogee.

In June the world awoke to the news that, against every prediction, and against every estimation of the value of unity over division, the United Kingdom had voted to ‘Brexit’ the European Union, to draw back from the processes of inclusion that had been in train for so long.

To those who had thought – perhaps somewhat idealistically - that the principles of freedom of trade, freedom of movement, currency equilibration and so on might lead also by degrees to greater general freedoms – freedom from poverty, freedom from oppression, freedom of thought – were as much stunned as they were disappointed.

But now, it seems, even that sense of shock has been ‘Trumped’ absolutely.

For contrary to the considered judgment of virtually every pundit, every political analyst from both the left and the right of the United States political spectrum, American voters decided that ‘Republican’ Donald Trump is the person they want as their next President. Well, they wanted him more than they wanted Hillary Clinton, at any rate.

The election of Mr Trump to the White House makes the Brexit vote seem trivial by comparison. It is, surely, the Western world’s most startling – and alarming – political development this century, if not for the past 50 years. For arguably, by its vote yesterday, the American electorate has ceded its leadership to one who is utterly unqualified for the office, to one who demonstrates not the first inkling of the level of responsibility he is about to shoulder.

What, exactly, are Mr Trump’s credentials? Well, he did a pretty good job of hosting a TV program which allowed him to humiliate those who, in his myopic judgment, didn’t measure up. He was good at objectifying women in his loathsome ‘beauty pageants’ and in his supposed ‘locker-room banter’. He was pretty good at avoiding taxation, pretty good at vilifying Muslims, Mexicans, Hispanics – and pretty good at arranging his perfectly coiffed peroxided ‘do’. What better background could there be for the President of the Free world?

Economic credentials? Who cares. Diplomatic skill? Who cares. Foreign policy expertise? Who cares. And then the other less tangible quailities. Truthfulness? Pah! Integrity? Say what? Intelligence? Huh? This is Donald. He has his own airplane, for Chrissakes. He’s a TV star! He’s married (this time around) to a beauty queen! He’s Darnald and he’s gonna make ‘Merica great again! Don’t you get it? He’s a star, and stars can do anything.

Well, who can blame them, the Americans who think he’s the answer to their prayers? He’s a sharp talker, he’s on TV (God, he owns TV), he’s got a stack of money, and he’s got the answers. Listen to him and problems are amazingly simple and he’s got a plan to fix them all. His plan? Well, it’s to make ‘Merica great again, and who could argue with that?

You don’t buy any of that? Why not? Donald is a celebrity. He’s absolutely legit – he has to be, he’s on TV and he’s rich.

And hey, if he hadn’t won, it would have been a repudiation of everything wouldn’t it? TV celebrity is as real as it gets, isn’t it?

It’s a Greek tragedy, in reality, and its beginnings lie in Canadian thinker Marshall McLuhan’s somewhat perplexing analysis of the modern mass media, and of television in particular.

“The medium is the message,’’ was McLuhan’s mysterious mantra, and scholars have sought to tease out its layers of meaning for more than five decades – but in essence, McLuhan’s idea was that in a modern mass media world, what was being said was likely, almost certainly, of secondary importance to where it was being said.

So fools becomes savant by a miracle; the miracle of the media. Get yourself on TV and you’re instantly a genius.

And most of the time it probably doesn’t matter too much; meerkats tell us about insurance and we tune in; football players tell us where to buy our clothes and we go along with it; well-dressed girls with perfect teeth tell and stiletto heels tell us which pills we ought to swallow by the bushel and ‘swallow ’ we do, with not a scintilla of scepticism because it’s so obviously, undeniably true. It has to be – it’s on TV!

And now, one of those TV creations has been made ‘Mr President’, with his finger on the trigger.

But don’t worry; ‘Celebrity Survivor/Chef/Hairdresser/Gardener/Home Reno Expert is on the other channel. Reality? Who cares?

Remember, decades ago, as our grandparents struggled to come to an acceptance of the latest ‘wonder of the age’, the television, they came up with a neat, disparaging aphorism for the new ‘must have’ device that sat in the corner of the living room. Almost overnight, it became known as ‘the idiot box’.

So who were the idiots? Those who somehow got themselves ‘on’ T V – or those passive millions of us who tuned in and took no notice of the gradual infiltration of idiocy that was taking place?

The question is a rhetorical.
Tags: asia, donald trump, us, united states