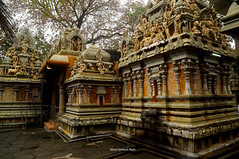 “Sri Lanka must confront and defeat the demons of its past”, said the United Nations High Commissioner for Human Rights, on the occasion of his mission to Colombo in February 2016, reports John West.

Sri Lanka, a tear-drop-shaped tropical island, would seem to have everything going for it. Delicious tea. Fragrant cinnamon and other spices. Precious gemstones. Abundant rubber. And wonderful beaches and hill country. It truly is the "great and beautiful island".

And yet there is even more to Sri Lanka than its natural endowments. Over 90% of its population is literate, compared with the mere 60% of its giant neighbor, India. And its life expectancy of 74 years is eight years higher than India's.

It is thus not surprising that Sri Lanka's GDP per capita in purchasing power parity terms of $11,200 in 2014 should be more than double that of India, Pakistan or Bangladesh. It is also not surprising that less than 10% of the population now live in poverty, a record that India could only dream of.

But Sri Lanka could have been even much further ahead had it not suffered from a three-decades-long civil war, which pitted the island's minority Tamil population (around 12% of total) against the majority Sinhalese (74%). Muslims and Eurasian Burghers make up the rest of the population.

How could this predominantly Buddhist and Hindu nation descend into the horrific violence that ravaged the country?

In the eyes of the Buddhist-Sinhalese population, the Hindu-Tamils received favorable treatment by the British colonial administration, which ruled the country from 1802 to 1948. And so, following independence, the new Sinhalese-dominated government, propelled by Buddhist nationalistic fervor, implemented policies that favored the Sinhalese majority, and discriminated against the Tamil minority.

For example, in 1956 the "Sinhala Only Act" replaced English with Sinhala as the only official language of the country. This meant that it was very difficult for Sri Lankan Tamils to work in the civil service. Until then, 60% of civil service workers were Tamils.

Frustration, resentment, and disenfranchisement of the Tamil population led to disintegrating communal relations. Periodic tensions and conflicts escalated into a full-blown civil war from 1983 to 2009, with the Liberation Tigers of Tamil Elam opposing Sri Lanka’s national army.

Despite several international attempts at peace negotiations, the conflict only came to end when former 'strong-man' President Mahinda Rajapaksa launched a decisive attack by the Sri Lankan Army, which destroyed the Tamil leadership and recaptured their lands in 2009.

According to one estimate, the total economic cost of the war was $200 billion, about 5 times the GDP of Sri Lanka in 2009. At least 100,000 people died in the bloody conflict. A report by a UN-appointed panel of experts concluded that as many as 40,000 people, mainly civilians, were killed in the final weeks of the war.

Buoyed by the final victory, which was very popular among much of the Sinhalese population, President Mahinda Rajapaksa’s regime descended into authoritarianism, nepotism, corruption, and restrictions on freedom of the press and expression.

To the surprise of most observers, and to his great dismay, Rajapaksa was defeated in the presidential election of January 2015 by Maithripala Sirisena, who had defected from Rajapaksa’s government. Sirisena now leads a national unity government, with support from all of Sri Lanka’s ethnic groups. But Rajapaksa, still a popular figure among Buddhist nationalists, remains ever present as he has returned as a member of parliament.

Under President Sirisena, Sri Lanka has come a long way in terms of improving human rights. And the Sri Lankan government has adopted an open and cooperative approach to the UN’s human rights concerns, in sharp contrast to the hostile attitude under Rajapaksa.

Thus, the UN High Commissioner for Human Rights has recommended the establishment of a “hybrid special court”, integrating international judges, prosecutors, lawyers and investigators, to try war crimes and crimes against humanity allegedly committed by all parties to the armed conflict. The UN believes that State’s criminal justice system is not yet ready or equipped to do so alone. “The State’s security sector and justice system have been distorted and corrupted by decades of emergency, conflict and impunity.”

The Sri Lankan government has committed to setting up “National Consultations on transitional justice” to investigate the atrocities committed during the conflict. But it has been very slow in honoring this commitment, and is staunchly resisting international participation. Many members of Sri Lanka’s ethnic Sinhalese majority do not want foreigners to get involved in prosecuting such cases. The same nationalism that underpinned the long conflict is also undermining national reconciliation. Indeed, many Sinhalese are unrepentant, as they proudly tell you that theirs is the first country in the world to eliminate terrorism at home.

Since the cessation of the conflict, the Sri Lankan economy has enjoyed a "peace dividend", including significant reconstruction efforts, according to the World Bank, with the economy growing in the 6-7% range. Continued strong economic growth is forecast for the years ahead.

But the Sri Lankan economy could be doing so much better. The civil war left deep unresolved scars and fractures on Sri Lankan society, which are also undermining the country's further economic development. As the UN High Commissioner for Human Rights has said, there is much that the government could do promote social cohesion and reconciliation.

Rebuilding trust in the State, and between communities will be necessary since large parts of the country have been physically, politically, socially and economically separated from each other for much of the past three decades. In the North and the East there are damaged and depressed areas, poverty and continued displacement. Many farmers and fishermen have lost their livelihoods and are now living in poverty.

The military is still holding much land that it seized, and this should be returned to its rightful owners. This would enable the remaining communities of displaced people to return home. But according to a report by the Oakland Institute, the military has engaged in large-scale property development, running luxury tourist resorts and business ventures on land seized from local populations. Thousands of Tamil families remain displaced on their own land, helpless witnesses of this ‘development’. This raises serious questions about the government’s seriousness regarding national reconciliation.

The size of the military force in the North and the East should be reduced to a level that is less intrusive and intimidating. As the Oakland Institute also reports, some 6 years after the end of the war, the traditional Tamil homeland is still under heavy military occupation by at least 160,000 mostly Sinhalese soldiers, one for every 6 Tamil civilians.

And as the International Truth and Justice Project–Sri Lanka has documented in its report on torture, sexual violence, arbitrary detention and more during the 2009-2015 period, ethnic Tamils continue to face grave and comprehensive challenges in post-war Sri Lanka. The report highlights the comprehensive, wide-ranging and pernicious nature of Sri Lanka’s state security apparatus, which continues to operate with impunity. The country’s state security apparatus does not seem to have changed its ways since Sirisena assumed the presidency.

The Prime Minister’s statement that nearly all the more than 4000 disappeared persons are dead has created great distress among their families, who until then still had hope. This statement must be followed by rapid action to identify precisely who is still alive and who has died or been killed, properly account for their deaths — including whether or not they were unlawful — identify the location of their remains, and provide redress. The Government must also quickly find a formula to charge or release the remaining security-related detainees.

In the words of UN High Commissioner for Human Rights Prince Zeid Ra’ad Al Hussein, “Sri Lanka must confront and defeat the demons of its past. It must create institutions that work, and ensure accountability. It must seize the great opportunity it currently has to provide all its people with truth, justice, security and prosperity.”

The Sri Lankan government has indeed a daunting agenda before it. But the stakes are high, achieving success is imperative. We could for example imagine a prosperous and peaceful Sri Lanka becoming the Singapore of South Asia one day in the future.

However, continued disgruntlement by the country’s Tamil minority could feed future instability, and drag the country down again. President Sirisena will need to demonstrate great political will and courage than he has done to date to chart the country on a path of stability and security.

- The Long Shadow of War: The Struggle for Justice in Postwar Sri Lanka. Oakland Institute.