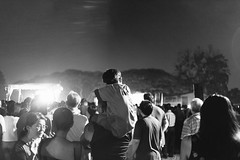 Most analysts were surprised that the ruling PAP did so well. They shouldn’t have been, argue Asit K. Biswas and Cecilia Tortajada.
On September 11, Singapore held its general election (GE15). Voters went to the polls under grim skies, with the Pollutant Standards Index (PSI) at an unhealthy 150 to 160, courtesy of the haze originating from Indonesian forest fires. But while the sky may have been cloudy, the verdict Singaporeans delivered was crystal clear. The ruling People’s Action Party (PAP), in power since the country’s independence in 1965, received an overwhelming mandate for another five years. It won 83 out of 89 seats and increased its share of valid votes cast from 60.14 percent in 2011 to 69.86 percent, an increase of nearly 10 percent.

We have advised 21 governments across the world. We have never seen one that has consistently managed to retain the trust of a significant majority of the people for half a century. The fact that the same party would actually increase its share of the popular vote to nearly 70 percent, after 50 years in power, is unprecedented.

Before the election, political pundits and academics everywhere, both within Singapore and outside, were near unanimous that the PAP would have a rough time of it at this election. The consensus was that it would lose a few more seats and its popular vote percentage would slip further, continuing the trends of the previous two elections.

In 2001, PAP received 75.3 percent of the popular vote. This declined to 66.6 percent in 2006 and then to 60.1 percent in 2011. During the 2011 presidential election, the PAP candidate won by less than 0.5 percent of the votes cast. The party also lost the Hougang by-election in 2012 and Punggol East by‐election in 2013. The conventional wisdom was that this downward slide in the fortunes of the PAP would continue indefinitely, the new normal for Singapore politics.

We were among the very few people who rejected this linear consensus. All linear trend extensions break down with time. We were convinced that this would happen in GE15.

In 2011, many Singaporeans were somewhat annoyed with the government. They were upset at the high cost of living, including housing, high migration levels, overcrowded public transport and hospitals, and increasing income inequality. Yet the Workers Party won only six out of 87 parliamentary seats. In any other country, this result would have been considered a landslide for the ruling party. Yet it was widely viewed by Singaporeans and foreign political pundits alike to be a “breakthrough” for the opposition.

By the time of GE15, the number of eligible voters had risen to 2.46 million, out of a total population of 5.47 million, of whom around 61 percent are Singaporeans. In 2011, eligible voters numbered 2.35 million. The number of parliamentary seats increased from 87 to 89 compared to the last election.

GE15 was a landmark in many ways. To start with, all the parliamentary seats were contested. Mainstream newspapers gave the opposition parties nearly as much coverage as to PAP.

Also, nine out of ten Singaporeans have smartphones, the highest penetration in the world. This provided a platform for vibrant debates on political issues through Facebook, Twitter, and ever‐expanding online publications. With almost 10 percent of voters in the 21‐25 age bracket and media‐savvy, social media has become an important platform for political discussion and campaigns. This was thus the first election in which both the ruling and opposition parties received almost similar levels of coverage.

So why political pundits so wrong‐footed? Some have suggested it owed to sympathy votes due to the death of founding father Lee Kuan Yew early this year, others that it reflected goodwill generated by the 50th anniversary celebrations of the city‐state.
In our view, these are rather simplistic explanations. They may have made a minor contribution, but we think very few Singaporeans were swayed by either sympathy or goodwill. They are too sophisticated for that.

In fact, the landslide victory had many sources. First, no one can doubt or question PAP’s remarkable track record in terms of economic development and continually improving the standard of living of Singaporeans. With the right policies and their effective implementation, PAP has transformed the city‐state from an impoverished colonial trading port in 1965 to an ultra‐modern vibrant and dynamic metropolis that is now the ninth richest country in the world. In 1965, when it was literally kicked out of Malaysia, Singapore was looked upon as a poor cousin and perhaps even a liability. However, the poor cousin has long since surpassed the economic and living conditions of Malaysia. During GE15, Malaysia was experiencing serious political turbulence, with its currency trading at record lows and its economy faltering. The Singaporean electorate could easily see what PAP has delivered, compared to the other side of the straits.

Second, what nearly all foreign political commentators and most Singaporean experts do not realize is that the Singaporean electorate is not born or nurtured into a specific party, as in the U.S., Canada, Australia, Japan or India. In the United States, people often become Democrat or Republican because of family backgrounds. They then cast their votes along party lines. In Singapore, the electorate tends to be more independent. If they like PAP policies, they may vote for it. If they do not, they may vote for the opposition.

This is what happened during the 2011 election. A significant portion of the electorate did not like the policies of the PAP. They did not think the party was listening to them. This group voted for the opposition, reducing PAP’s popular vote count.

However, in May 2011, Singapore saw the softer side of Prime Minister Lee Hsien Loong. “No government is perfect. We can have our best intentions, make our best efforts, but from time to time, mistakes will happen ... ... ... when it happens, then we should acknowledge it, we should apologize, take responsibility, put things right ...”

He continued, “Well, we are sorry we did not get it exactly right, but I hope you will understand and bear with us, because we are trying our best to fix the problems – building 22,000 flats this year, opening one new MRT line or extension line every year for the next seven years, investing in our people ... our future ... ...”
PAP also made a commitment to listen to people’s views and encourage public participation.

The government launched “Our Singapore Conversation,” in which people from diverse backgrounds came together to express their views and concerns and also share their expectations for the future directions of the country.

What is noteworthy is that PAP not only listened to diverse views but also incorporated many of them as part of a continually evolving policy. The PAP actually started favoring left of center policies since around 2006, when Deputy Prime Minister Tharman Shanmugaratnam proclaimed “a deliberate rebalancing to ensure we remained an inclusive society.” The shift to the left became pronounced in 2011. The government began taking more active steps to assist disadvantaged, low income and needy families, while helping elderly people with health problems to live with dignity and independence.

Singaporeans realized that not only was the government is listening, it was also taking action to address their concerns. The government announced a Pioneer Generation Package of SG$8 billion ($5.6 billion) for Singapore’s senior citizens, as well as a universal healthcare insurance system. It accelerated the construction of new metro lines to provide islanders with better connectivity, and added buses and trains to reduce congestion. It boosted housing construction through its Housing Development Board and took policy measures that successfully cooled the property market.

Thus, when we spoke to numerous average Singaporeans, we found considerable satisfaction that the government was listening to their concerns and taking steps to improve their situation. The frustration we had witnessed in 2011 had for the most part dissipated, to be replaced by a grudging admiration that the government was doing the right thing. This sentiment was of course buttressed by the fact that PAP policies had made Singapore one of the wealthiest countries in the world, with a current per‐capita GDP of $56,112— almost double the level of a decade ago.

Third, the opposition parties did not have a coherent policy narrative, except for asking for votes to provide checks and balances in parliament. In response to this call, Lee countered, “For every one more checker in Parliament there will be one less doer.”

Many opposition candidates blamed foreigners for the country’s social and economic ills, accusing them of taking jobs from Singaporeans, or of causing high property prices and overcrowding on public transport or in hospitals. The main opposition Workers Party campaigned for a minimum wage and a near freeze on immigration.

To its credit, the PAP took a more nuanced view, correctly noting that the issues are complex and invariably require difficult tradeoffs and value judgments. As one of the stars of the last election, Vivian Balakrishnan, aptly noted: “our population will not go beyond 6 million – if your fertility rate is low and your economy is not booming, and people don’t want to come, you won’t have a problem of worrying about 6.9 million. Actually, the greater threat is stagnation, aging and shrinkage.”

Singaporeans are demanding, much more so than voters in the U.K., France or India. Thus, when the Mass Rapid Transit system began experiencing frequent breakdowns, Singaporeans made their frustrations known in no uncertain terms. In London, tube breakdowns may be a regular occurrence and the British may accept them stoically, but in Singapore a breakdown is totally unacceptable. In Delhi or Mumbai, the serious flooding that occurs during each monsoon season is viewed as a minor inconvenience. In Singapore, an average flood lasts less
than 30 minutes and covers at most 6 square kilometers. Yet even this causes outrage. In both cases, the government took prompt actions to resolve the issues. This won the PAP points, because it indicated that it is not only listening to problems, but solving them promptly.

The GE15 is over. The PAP has received an overwhelming mandate to govern for another five years. However, the challenges Singapore government faces are immense. As the haze problem with Indonesia has shown, as a small country, many of its problems are external, over which it has at best limited say or control. The world is changing rapidly. It is difficult to say what the world will look like by the time of the next election in 2020.

For this small island and open economy, economic and social development will depend to a significant extent on the robust growth of the global economy.

Singapore has made remarkable progress since 1965. It would have taken unprecedented foresight to predict then that the country would be where it is now. However, the past is history; only the future counts. Thus, Prime Minister Lee Hsien Loong and his successors will do well to remember the poet Robert Frost’s immortal lines:

“The woods are lovely, dark and deep, but I have promises to keep, and miles to go before I sleep.”

Asit K. Biswas is the Distinguished Visiting Professor at Lee Kuan Yew School of Public Policy, National University of Singapore. Cecilia Tortajada is Senior Research Fellow at the Institute of Water Policy at the same School.