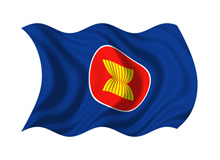 This would be achieved through the RCEP by building upon existing linkages.

Conceptually, the RCEP has the potential to transform the region into an integrated market of more than three billion people, representing some 45 per cent of the world’s population.

The region contributes to nearly a third of the global GDP and accounts for 29 per cent of the world trade.

Negotiations began in 2013 and are expected to be completed by the end of 2015.

The RCEP would cover issues like trade in goods and services, investment, economic and technical cooperation, intellectual property, competition and dispute settlement.

Negotiations on all these areas would be conducted in parallel so that comprehensive and balanced outcomes could be achieved by progressively eliminating tariffs and non­-traffic barriers, as well as reducing restrictions and discriminatory measures in services.

The region is thus expected to become a single market and production base and thus become highly competitive globally.

Frustrated by the lack of progress over decades to conclude the Doha round of talks to liberalize trade all over the world, Asian countries have signed a smorgasbord of FTAs with each other.

According to Asian Development Bank, as of March 2013, there were 109 FTAs in Asia that were in effect, 63 under negotiations and 41 were proposed.

While the overall impacts of these FTAs have been positive, these overlapping mostly bi­laterals FTAs have created problems because of spaghetti or noodle bowl effects which means the various agreements are so intermixed that they cannot be extricated individually. These are keeping transactions costs complex and high.

For example, the same trade commodity may be subject to different tariffs under different FTAs, tariff reduction trajectories could be different as well as rules of origin (ROO) for obtaining the preference. ROO are rules for determining the “nationality” of goods with multiple standards that vary among FTAs. When several countries manufacture various components of one good, it is difficult to determine its origin. For example, Japan­India FTA alone has 12 types of ROOs.

If the RCEP can eliminate all the complexities of 100+ Asian FTAS by harmonizing them and creating one single regional market, as has been the case with EU or NAFTA, it could dramatically change the patterns of economic growth and trade matrix of the Asia­pacific region.

Furthermore, because of their vary sizes, the two BRIC countries and key members of RCEP, China and India, are likely to benefit the most.

From a Chinese viewpoint RCEP is important, especially as the American­led Trans­Pacific Partnership (TPP) excludes China.

During the Presidential debate in 2012, President Obama said: “we are organizing trade relations with countries other than China so China starts feeling more pressure about meeting international standards.”

If strictly enforced, it is difficult to see how countries like Malaysia, Mexico, Peru or Vietnam can meet all its exacting criteria.

China and India are not included, but even if they were, it would be unlikely to assume that they could meet the TPP’s requirements any time soon.

From a Chinese perspective, TPP is a strategic development which has its tentacles into economic and trade spheres.

Thus, it is more strategic than economic in design. It is a manifestation of competition between the United States, a long established world leader and currently the only superpower, and China, an emerging and rising economic and military power.

As China sees it, the US would like to maintain its global power and is reluctant to share it with a surging China, which wants its day in the sun.

In contrast, the RCEP follows somewhat the ASEAN framework which can perhaps be best described by the philosophy of the “Three Musketeers”: “one for all and all for one”.

The RCEP has a more flexible approach since it allows for special and differential treatments to its prospective member countries depending upon their state of development, needs and requirements.

The RCEP’s framework itself allows maneuverability.

It could include issues like connectivity and infrastructure development which greatly appeal to China, India and many others of its likely members.

Such issues are critical to their national development since improving connectivity and ensuring better infrastructure have sometimes the potential to result in significantly better economic returns compared to removal of tariff barriers alone.

RCEP countries are at different stages of development and thus their requirements are very different.

Singapore, for example, has a very open trade liberalization policy and an open economy.

But in countries like India and Indonesia markets are protected for national interests. Thus, immediate liberal access to their markets will be politically difficult.

Flexibility of RCEP may solve this complex issue.

Until RCEP negotiations are completed and there is a clear idea as to how the final agreement will look like, flexibility can work in two ways. It may help to break deadlocks or, equally, it may become the Achilles heel of the entire process. This is because some countries may continue to protect national interests and make changes excruciatingly slow.

For example, agreement between 16 different countries may generate, at least initially, two different visions for some of them. For example, take India. It can embrace the positive opportunities offered by the RCEP, such as preferential access to a huge Asia­Pacific market where its current trade is minimal.

RCEP could allow India to integrate its economy to regional production, services and supply chains; make it an important participant in the fast changing Asian trade matrix and rapidly shifting global value chain; and attract significant investments from other RCEP countries for numerous activities, including infrastructure development.

Alternatively, India can continue with its past pattern of being obstructive in various trade negotiations. India­ASEAN FTA has been the least effective compared with five other FTAs. It has the longest negative list of sensitive trade products that are subject to long delays and very gradual tariff cuts.

India has taken rather strong and defensive position on many trade issues where it has been reluctant to open markets speedily. It is concerned that deeper integration will impose high social costs because of the necessary structural adjustments.

This has often meant that India has fallen into a low­cost labour­intensive trap, with very limited possibility of moving up the value chain.

On the positive side, the countries may gain access to a market of over three billion people and 29 per cent of global trade. If RCEP becomes a reality, they may realize that long­term benefits to each country will be unquestionably significant.

However, this will require a change in the mindset of most negotiators from a historically inherited approach of mistrust to one of confidence in partners.

RCEP members will have to transcend the traditional consensus route where all the countries agree to common rules. This could mean accepting the lowest common denominator, thus becoming a race to the bottom rather than to the top

Negotiations often become hostages to many powerful and special interests groups. Consequently, FTAs have taken a long time to conclude and resulted in limited benefits.

With a new business­friendly prime minister, India’s future approach to trade negotiations may be different. Only time will tell how India will actually approach negotiations.

First, China’s economic growth in recent months has been spluttering. A successful conclusion to RCEP negotiations will ultimately help China maintain a high economic growth rate. Second, it will allow the country to secure necessary energy and other resources needed for its own development on a long­ term basis.

Third, it will improve China’s soft power and go some ways to dispel the view that it is a threat to its neighbours.

Fourth, it will enable the country to invest its vast reserves abroad, some $4 trillion, in a more productive way – certainly better than investing in the US Treasury where it has parked $1.252 trillion but is getting a negative or very low return.

Fifth, the RCEP will assist China to achieve its ambition of making the yuan a reserve currency.

Sixth, it will increase employment opportunities for the Chinese both at home and abroad.

Finally, it will significantly improve its relations with other RCEP countries.

Speaking at the 17th ASEAN­China Summit in November 2014, Premier Li Keqiang termed the first 10 years of China­ASEAN Strategic Partnership as the “Golden Decade” of development and called for a new “Diamond Decade” which would lead to “broader and deeper cooperation”.

Undoubtedly, the RCEP will hold much of that sparkle for China both economically and strategically.