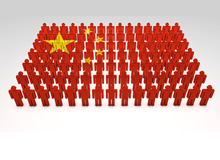 American political risk expert Ian Bremmer recently wrote that the US and Europe had been evasive on the Russian aggression in Ukraine. Although Nato recently held a summit to address the emergency, support for Ukraine was far too little to counter the Russian action, leaving many questions unanswered.

For example, how will the military conflict develop? What are Russia's goals? How should China respond?

Relations between Ukraine and Russia go back thousands of years. Ukraine became independent from the former Soviet Union only in 1991, and historically its eastern areas have been more intimate with Russia. Its national destiny has always been under Russia's shadow.

The current military conflict is more complex than a fight between pro-Russian and pro-European factions. Following the annexation of Crimea by Russia, several of Ukraine's eastern regions have indicated their intention to follow suit.

Militarily, with Russia's intervention, it is not an equal fight. But direct military intervention by Nato is unlikely. The worst outcome, and maybe the most probable one, is that the regions of Donetsk and Luhansk will join Russia. Meanwhile, Ukraine continues its pro-European policies, possibly even joining Nato and the euro zone down the line.

Russia undoubtedly considers Ukraine's pro-European policies a "betrayal of brothers". We should also remember that Putin's dream is to revive the Russian bear. The EU and Nato's eastward expansion in recent years has eroded Russia's influence in the region and Moscow cannot be expected to abandon its core areas of traditional domination.

If Russia manages to absorb several eastern areas of Ukraine into its territory, Putin may see this as a satisfactory trade-off. If the situation worsens, Nato boots on the ground could lead to an expansion of the war, which Nato fears most.

Europe and the US are content to see Ukraine seek refuge in the EU, as this will further dilute Russia's influence. But a war over the territory would benefit no one. Further, many European nations have balked at economic sanctions, fearful of the effect they would have on their fragile economies.

So how does all this affect China? Some years ago, the idea of a "G2" was proposed , in which China and the US, as the two major economic powers, would work together to deal with pressing global issues.

It was not universally popular, but some Chinese people see it as a sign that the West attaches great importance to China's rise. This may be a flattering assessment; in fact, the advantages of such a pact would far outweigh the disadvantages for China, given that it still has a way to go to match the US in global strength and reach.

In addition, the US "pivot to Asia" is based on the premise that China is now its biggest adversary. The Ukraine crisis could be seen as Russia's counter-response to the idea of a G2 and the US pivot. The crisis clearly indicates that Russia is still the West's biggest adversary, not China.

It is also a reminder of the triangular nature of the current international order: the West (plus Japan); Russia; and China. Western nations remain the most powerful. But although Russia has the smallest economy of the three, it is also much less dependent on Western economies than China, and is well known for its hegemony.

Finally, the Ukraine crisis could make Western politicians reassess the global situation, and decide to upgrade Nato's importance while reducing the intensity of the US pivot to Asia.

A triangular framework will ultimately have a positive influence on world stability; a triangle is, after all, the most stable geometric shape. In this case, Lao Tzu's saying that "misfortune may be a blessing in disguise" would be very apt.