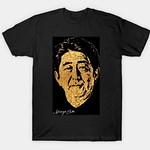 Line of Advantage: Japan’s Grand Strategy in the Era of Abe Shinzo

For much of the postwar period, Japan pursued a low profile foreign policy. It concentrated on reconstructing its domestic economy while relying heavily on the security alliance with the United States. This is known as the “Yoshida Doctrine,” a strategy adopted by Yoshida Shigeru, Japan’s prime minister from 1948 to 1954.

But Japan’s foreign policy gradually began to change with the end of the Cold War, and especially during Abe’s second term as prime minister from 2012 to 2020. Abe was the most important world leader in terms of defining this new era of competition with China, writes Michael J. Green in his recent book, Line of Advantage: Japan’s Grand Strategy in the Era of Abe Shinzo. Green is an American Japanologist who has worked in various US administrations and think tanks and is now CEO of the United States Studies Centre at the University of Sydney.

Green notes that Abe’s first term as prime minister, from 2006 to 2007, was basically a failure. But Abe would then use his next five years in the wilderness to study and warn about the growing threat from China – in a similar style to Winston Churchill during the years before 1940. The Liberal Democratic Party (LDP) brought Abe back as its leader because he had a strategy to deal with the challenge of a rising China. Abe was ahead of the US, which was still employing “strategic engagement” with China at the time. The US would only catch up with Japan during the Donald Trump and Joseph Biden presidencies.

Not long after he returned to the leadership, Abe announced that “Japan is not, and will never be, a tier-two country” – something that seemed a likely prospect in light of Japan’s economic stagnation, political instability, waning international influence, and the rise of China as Asia’s leading economy. Abe committed to “bring back a strong Japan… a rules-promoter, a commons’ guardian, and an effective ally and partner to the U.S. and other democracies.”

Japan has been refusing China’s hegemony in East Asia since the seventh century, according to Green. That didn’t mean that Abe was going to try to contain China, he was just not going to accept its hegemony if he could help it. He wanted a productive relationship with Beijing, but not Chinese suzerainty and dominance. So rather than “bandwagoning” with the rising power of China, under Abe’s leadership Japan pursued policies of internal and external balancing.

“Internal balancing” basically means restoring a balance of power by building up national capabilities to deter, or in other words to stop, the other guy from bullying you. Green notes that acquiring nuclear weapons would have been the easiest and fastest path to internal balancing. But in light of Hiroshima and Nagasaki, the Japanese public would never countenance nuclear weapons.

Another path to internal balancing is strengthening the economy. After two lost decades, Japan launched the “Abenomics” program. While Abenomics was not very ambitious, it did have some positive effects – notably drawing large numbers of women into the workforce, stimulating international tourism, and reforming the stock market. Abe also increased defence spending modestly after almost a decade of decline. Perhaps the most significant aspect of internal balancing that Abe undertook was “qualitative,” writes Green. Through a force of presidential leadership, he created a centralised national security agency and forced government agencies to cooperate and improve efficiencies.

Abe also made great efforts to enhance partnerships and friendships. He was the first world leader to meet Trump following his election to the US presidency. Abe met every ASEAN leader during his first six months in office. He also invested greatly in relations with India. Building on his work, today Japan and Australia now have extremely close security relations.

Abe advanced the concept of the “Free and Open Indo-Pacific” (FOIP) to defend the rules and maritime space from Chinese hegemony – and indeed FOIP has since been adopted by many countries. He proposed the Quadrilateral Security Dialogue (Quad), which now meets at the leader level. In response to China’s Belt and Road Initiative, Abe launched the Partnership for Quality Infrastructure, and Japan is now a more important investor in infrastructure in the ASEAN group than China. It has also been building its collaboration with NATO.

Green highlights the irony of Japan’s actions under Abe. While the US was retreating, Japan was shoring up the system that the US had, in fact, built in Asia, even though Japan had previously invaded Southeast Asia. Abe was not trying to create a system without the US, rather he was trying to keep the US in Asia. In this context, Abe went so far as to secure a new interpretation of Japan’s pacifist constitution, such that it could now engage in “collective self-defence,” allowing it to come to the aid of a close ally under attack.

In sum, Japan has become very influential in the Indo-Pacific, particularly as countries become deeply concerned about Chinese intentions. In 2019, Australia’s Lowy Institute described Japan as “the quintessential smart power” and the new “leader of the liberal order in Asia.” In public opinion polls in Southeast and South Asia, Japan is way ahead of any other country by a very wide margin. Even China’s attitude toward Japan changed. From 2015-16, Xi Jinping started meeting with Abe and taking Japan more seriously.

Green regards Abe as Japan’s most important strategic leader since Yoshida. But how significant and sustainable has the transformation in Japan’s security and defence strategy really been? As Green acknowledges, Japan’s sluggish economy will remain a constraint, especially if it continues to avoid undertaking major reforms. Its military expenditure remains low at around one percent of GDP – although new reports indicate that this will now move to two percent. Japan’s fractious politics could always return to the pattern of an annual revolving door of ineffectual leaders and political instability. And Japan’s critical alliance with the US will be highly vulnerable to the capricious nature of US politics.

But against that, the signs of an even harder line coming out of Beijing following the recent 20th Communist Party Congress, together with the implications of Russia’s invasion of Ukraine, could be enough to motivate Japan to maintain and build upon the Abe legacy. In this regard, the recently signed Australia-Japan Joint Declaration on Security Cooperation is an important initiative, as is Japan’s proposed collaboration with the UK and Italy to develop a new fighter jet that uses artificial intelligence. Japan’s upcoming new national security and defence policies will likely announce an important new chapter in Japan’s strategic posture.

In sum, Green’s book tells a very important story of the transformation of Japan’s strategic approach to the Indo-Pacific, and does so in a very readable and engaging manner. It brings together both history and political science to enable the reader to understand this development and speculate about future trends.

This book review by John West was first published by the Australian Institute of International Affairs on 14 December 2022.