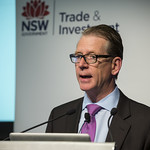 The more contested strategic relationship between China and the West will likely only deteriorate in the period ahead.
Since Xi Jinping became China’s paramount leader in 2012, China has abandoned its low-key foreign policy based on Deng Xiaoping’s wisdom that it should “hide our capacities and bide our time”. Indeed, it has adopted a very muscular foreign policy, and President Xi has given foreign policy a far higher priority than his predecessors.

Bates Gill sheds light on the drivers of this new approach to foreign policy in his recent book, Daring to Struggle: China’s Global Ambitions Under Xi Jinping. Gill, a long-time distinguished scholar of China, has been recently appointed as Executive Director of Asia Society Policy Institute’s Center for China Analysis, following on from his stint at Australia’s Macquarie University.

A hint of the story to unfold is contained in Gill’s reported conversation with a Chinese colleague, to whom he asked: “What does China want from the world?” Gill was more concerned than consoled when he was told with an unexpected passion: “To be respected in the world and receive our due. You will have to get used to it.”

With China’s nation-building process still unfinished, the second driver of Xi’s more ambitious foreign policy is the pursuit of national sovereignty. This is evident in China’s assertive claims to disputed territories like Taiwan, the South China Sea, the East China Sea, and some borderlands with India. It is also manifest in China’s efforts to maintain control of non-Han territories within its borders like Tibet, Xinjiang, Qinghai, and Inner Mongolia, which make up almost half of China’s territory. Today China must also protect its expanding “strategic frontiers” as Chinese investments and workers spread around the world.

The pursuit of prosperity is China’s third driver of foreign policy. The CCP’s survival is dependent on honouring its “social contract” with the Chinese people, by which the people’s acceptance of authoritarian rule is dependent on the CCP delivering improved economic conditions. In this regard, Xi’s foreign policy is aimed at maximising the benefits of international economic engagement and minimising its risks. Leading policies include the Belt and Road Initiative, the Regional Comprehensive Economic Partnership, and actions to improve technological self-reliance.

The fourth driver of China’s foreign policy concerns hard power, meaning leveraging not only its military might, but also its economic heft to shape the behaviour of other countries. China has been leveraging its immense economic weight to threaten, coerce, or buy others’ alignment with its interests. Countries like Japan, Korea, Australia, Norway, and the Philippines have been victims of this policy.

Xi has also been working to transform the People’s Liberation Army (PLA) from a bloated, corrupt, untested, and stove-piped military to a far more formidable force, absolutely loyal to the CCP and capable of fighting and winning wars. The improved capabilities of the PLA are evident in its intimidation of rival claimants in the South China Sea, intrusions into air and maritime spaces of Taiwan and Japan, and its challenge to US military supremacy in East Asia.

China sees the rules-based world order as being created by the West, and something which serves Western interests. Thus, the fifth driver of China’s foreign policy has been to gain a greater say in global governance. This objective has been motivated by the global financial crisis of 2008-2009 which undermined Western economic leadership, the advent of the Trump administration and its withdrawal from a range of global governance institutions, and the West’s shambolic management of the COVID-19 pandemic.

China has been able to garner leadership positions in several UN organisations and play a leading role in UN peacekeeping operations. It has also initiated new institutions such as the Asian Infrastructure Investment Bank, the New Development Bank, and the Cooperation between China and Central and Eastern European Countries.

The last objective for China’s foreign policy proposed by Gill is that of competing for hearts and minds around the globe. Indeed, Xi laments China’s lack of “narrative power,” the ability to “use language to gain the respect and approval of others for one’s own ideals and viewpoints.” He bemoans the West’s criticism of China when it is far from perfect. So, China has been building up the capacity to tell its story and spread its ideas to persuade others to favour China’s interests, while at the same time being “tone deaf” as to how Chinese behavior undercuts that goal.

Gill concludes that Xi’s more assertive foreign policy has been effective in pursuit of the six drivers of foreign policy. “China can claim greater respect, economic heft, strength, and influence as it has moved closer to the world’s center stage.” And yet, China has a hard time winning over friends. “In short, Beijing is more feared than loved.”

Indeed, the very pursuit of these six key drivers runs directly against the interests and values of many countries around the world – not just the US. It is a recipe for continued tension and contestation. Gill believes that Xi and his supporters will want China to continue on this path. They see a greater risk for the CCP regime in veering away from a contested approach, and in dialing down the tensions between the two countries. Indeed, a major theme running through the book is the much stronger role of the CCP which is determined to compete and win.

Gill notes that it is always possible that Xi may have a greater degree of confidence to seek some kind of more accommodating relationship once he is appointed for another five-year term. But he doubts it. This means that for the US and its partners and allies there will be a much more contested relationship going forward.

How should the West respond? Gill argues that the West needs to do better itself to compete with China. It must work together to counterbalance the unwelcome aspects of China’s foreign policy. It should also exploit China’s weaknesses and vulnerabilities in ways that might temper China’s approach in international affairs. At the same time, the West should be trying to work with China in areas like climate change, global health, and pandemics.

President Xi is poised to be reappointed for another five-year term at the upcoming 20th National Congress of the CCP, opening in Beijing on 16 October 2022. As the world contemplates life in Xi’s third five-year term, Gill’s book offers an excellent analysis of China’s foreign policy, and its impact on our countries and lives.

This book review by John West was first published by the Australian Institute of International Affairs on 15 September 2022.