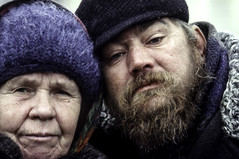 Russia wishes to be regarded as a global power, but is it really?
Russia thinks of itself as a great power and hungers to be respected as one. But this aspiration remains a pipe dream—not because of NATO and the West—but due to poor economic management and misguided authoritarian governance.

A country’s prosperity and power status are determined by the resources at its disposal, and how efficiently it uses them. And Russia’s resource endowment would be one of the very richest in the world. First, Russia is the world’s largest country by geographic area, with 11% of the world’s land mass, well ahead of the next biggest countries, Canada, China and the US.

Second, its population of 146 million is the world’s ninth largest; and it is by far the most populous European nation, after Germany’s 84 million. According to various international education surveys, like the OECD’s PISA study, Russians are relatively well educated, even if they lag world leaders.

However, when it comes to natural resources, Russia really shines as a world leader. Russia is a major player in global energy markets, according to the Paris-based International Energy Agency. It is one of the world’s top three crude oil producers, along with Saudi Arabia and the US, and accounts for 14% of world supply, with important exports to Europe and China. It is the world’s second-largest producer of natural gas, behind the US. Russia also has the world’s largest gas reserves and is the world’s largest gas exporter. The Russian government relies heavily on revenues from oil and natural gas, which in 2021 made up 45% of its federal budget.

Energy makes up close to half of Russia’s exports, while much of the rest include metals, minerals and agricultural products – like platinum, palladium, titanium, gold, uranium, nickel, magnesium, and wheat and other cereals. Russia is not a major exporter of manufacturing products, except for military arms, where it is the world’s second largest exporter after the US. Russia accounted for 19% of all exports of major arms between 2017-21, even though its exports shrunk by 26% between 2012-16 and 2017-21.

A strong and large economy is the key to economic and political power. The US and China, the world’s two great powers have, not surprisingly, the world’s two largest economies. For its part, Russia has long had an underperforming economy, despite its immense resources and great potential.

The relatively small size of the Russian economy is due to its low GDP per capita, which is only $11,000. In short, Russia has a low-productivity economy, and has achieved very little in recent years in terms of catching up with advanced economies. Based on GDP per capita, Russia is ranked only 85th in the world, around the same as Malaysia, Bulgaria or China. Its GDP per capita is much lower than that of several Western countries, notably the US ($69,000), Germany ($51,000) and France ($45,000).

While Russia is underperforming, it is also one of the world’s most unequal countries. Indeed, income inequality is now so high that the top 1% receive 20-25% of the national income, much higher than in eastern European countries. Given the great publicity of Russia’s “oligarchs”, it is not surprising that wealth inequality is even more extreme, with the richest 10% of Russians owning 87% of the country’s wealth, making it the most unequal of the world’s major economies. Russia also scores much worse than OECD countries on a range of social indicators like suicide, homicide, life expectancy, access to basic sanitation, and air and water quality.

Since the early 1990s, Russia has been in transition from a system of communist economic planning towards a competitive market economy. But as the IMF has analysed, Russia’s economic catchup to advanced economies has stalled.

Today Russia’s GDP per capita lags behind most former communist countries in central and eastern Europe like Slovenia, Estonia, Czech Republic, Lithuania, Slovakia, Latvia, Hungary, Poland and Romania. “Accelerating economic growth requires focusing policy efforts on structural challenges that remain unaddressed, including a large footprint of the state, excessive regulation, lack of competition, governance and institutional weaknesses, and inadequate infrastructure”, the IMF wrote in 2018. Without structural reforms, the IMF estimates that Russia’s annual economic growth rate could settle down at around 1.5% over the medium term, a paltry effort compared to China, a country that has taken its great power ambitions much more seriously.

It is true that the Russian economy has been hit by sanctions since the 2014 annexation of Crimea, and the volatility of oil prices. But that is not the main issue affecting the Russian economy. The key is to implement policies to improve the economy’s productivity. The OECD has called for Russia to reduce state control over the economy, accelerate privatisation of state-owned banks and enterprises (SOEs), and improve the governance of SOEs. It recommends lowering barriers to foreign direct investment, and raising the effectiveness of innovation policy.

Since the rise of Vladimir Putin to the presidency of Russia, the country has been essentially governed by a cabal of former KGB officers. While they have been motivated to restore Russia’s great power status following the demise of the Soviet Union, they have been undermining the nation’s power through the pernicious effects of corruption and misguided authoritarian governance.

Russia may have the veneer of a democracy, through the holding of elections – but it is an authoritarian regime. The Economist Intelligence Unit, for example, ranks it a very lowly 124 of the 167 countries surveyed in its Democracy Index 2021.

The rule of law is weak in Russia, according to the World Justice Project, which puts it at 101 out of the 139 countries surveyed. Russia is also one of the world’s most corrupt countries, according to Transparency International, which ranks it 136 out of the 180 countries covered in its analysis. Vast sums of Russian money are laundered in Western countries—rather than being invested at home—and much of it is used to undermine and corrupt the institutions and democracies of the West, in addition to helping perpetuate Putin’s control.

There are several other issues facing the Russian power equation. The Atlantic Council reports that human capital has been fleeing Russia since Mr Putin’s ascent to the presidency, with between 1.6 and 2 million people leaving the country for Western democracies and other destinations where they can be freer with their skills put to a better use. Peter Zeihan argues that Russia’s future as an oil exporter is increasingly precarious too. He notes Russia’s oil discoveries of the last decade or three are deeper, smaller, more technically challenging, and even farther from population centres than the older fields they would be expected to replace.

So how powerful is Russia? Despite its great power aspirations, Russia is only a “middle power”, according to the Lowy Institute’s Asia Power Index, where power means the capacity to respond to and shape their external environment. It is ranked fifth in Asia in terms of comprehensive power, behind the US and China (the region’s only super powers), and Japan and India, and just ahead of Australia.

As we have argued here, the economic foundations of Russia’s power base are very weak. The country has immense resources and potential, but the orientation and quality of its governance mean that the country’s potential is not being realised.

The strongest element of Russia’s power equation is its military expenditure where it is ranked fourth highest in the world, after the US, China and India. But as the current war in Ukraine is highlighting, the quality of Russia’s military investments arguably leaves much to be desired.

In many ways. Russia’s invasion of Ukraine was an expression of its great power ambitions. While we do not know the outcome of the war, there is every reason to believe that Russia will be weakened by it.

Already, it is estimated the Russian economy could shrink by 10% this year, according to the European Bank for Reconstruction and Development. Looking ahead, it will suffer further as economic linkages with the West could be frozen, the brain drain accelerates, and its society and polity further fractured. China can never be Russia’s saviour, and to the extent that China does step in to help Russia, that will only exacerbate Russia’s subordinate status in the relationship. China/Russia will not be the partnership of the future. China needs the West and its technology more than it needs Russia.

If, as I argue, Russia really does not merit great power status, why does Russia command such attention in international politics? In part, it may be due to the legacy of the USSR’s great power status during the Cold War, and the hopes there were for a successful transition to a democratic, market economy. There is also the fear of Russia’s nuclear warheads – nearly half of the world’s 12,700 nuclear weapons are owned by Russia. And then there are Russia’s high-profile rogue actions, from its intervention in the Syrian conflict to the alleged poisoning and murders committed in foreign countries.

Finally, we can only hope that once the war in Ukraine is resolved, a new Russia emerges, one that becomes a benign great power. Through its history and culture, it has contributed so much to the world. And thanks to its immense resources and geopolitical position—straddling Europe and Asia—it should play a pivotal role in international politics and economics.

This article by John West was first published by Unravel on 12 April 2022.