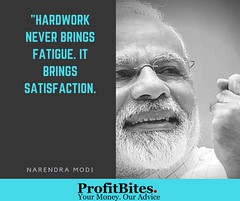 The formation of a new Quad…..China, India, Russia and Pakistan

Sunil Sharan argues that Russia's invasion of the Ukraine has led to the formation of a new Quad…..China, India, Russia and Pakistan
Indian Foreign Minister S. Jaishankar has rejected speculation of a coalition between Russia, China, Pakistan and Iran along the lines of the Quad, saying “four corners do not necessarily make a geometry”.

Oh, yes, but they do, given by the voting in the UN Security Council on Russia’s attack on Ukraine. Russia, as a permanent Security Council seat member, promptly vetoed the resolution. China and India abstained. India said that diplomacy was “given up”, in other words it wasn’t given much of a chance.

Pakistani Prime Minister Imran Khan was in Moscow the day Vladimir Putin launched his invasion of Ukraine. So, China, India and Pakistan are all on Russia’s side now. Voila, here’s the new Quad: China, India, Russia and Pakistan.

No matter the denials, there is great consternation in Washington D.C., over New Delhi’s support of Moscow. America practically murdered the original Quad—the US, India, Japan and Australia—by providing nuclear-powered submarines to Australia but not to India.

Ever since, India has grown closer to Russia. It imported the S-400 missile defence system from Russia, in open defiance of the US. The US still continues to threaten sanctions on India over buying the S-400. Now with India’s latest position vis-à-vis Russia, the US, in a state of pique, could very well levy sanctions on India.

Polikha has told Indian media, “I am following all the reports from the side of your ministry and the latest advisory to your citizens in Ukraine was just not to go out, not to go to Kyiv, and the statement of your Minister of External Affairs was that India is closely following development of events. We are deeply dissatisfied with their positions. What does it mean? Closely following or more closely? Now, 10-15 people are killed. When hundreds of thousands are killed, what will happen? We are waiting, we are asking, we are pleading for the strong voice of India”.

Polikha is directly indicting Jaishankar. What had made India ditch the original Quad and take the side of Russia? Other than American perfidy, it is the realization that about 70 percent of Indian arms imports come from Russia. The Indian military forces are deeply dependent upon Russian arms and spare parts. Russia makes some of the best arms in the world, all at a cost-effective price.

The head of Lockheed Martin, the maker of the American F-16 fighter aircraft has promised to move his entire production lines of the F-16 to India in a big bait to India’s Make in India programme, but India has refused to take his bait. India, it seems, thinks that there are better planes out there like the Russian Sukhoi. India’s military will be crippled if it stops buying arms from Russia.

The S-500 can neuter anything the Chinese can throw at us, including hypersonic missiles. The Russians haven’t provided the S-500 to any other country as yet. India reportedly is the first country that they are offering it to.

Without the treaty of friendship and cooperation that the master of realpolitik, Indira Gandhi, signed with the Soviet Union in 1971, and the naval support provided by the Soviet Union, India may not have won the war in 1971, given how antagonistic the US was to it. India is fortunate that it has another master in realpolitik, Narendra Modi, at the helm of affairs today.

He listens to his factotums, but luckily, not enough. Jaishankar is bleedingly pro-American. He has served as ambassador to both China and the US, but the US seems to have had a lasting impact on him. His own son, Dhruva, served in a prominent American think tank, the Brookings Institution in India. Jaishankar seems very comfortable when he is talking in the midst of American think tankers and academicians.

Jaishankar recently gifted a cricket bat signed by Virat Kohli to his Australian counterpart, Marise Payne. He should know that cricket bats do not necessarily make for effective international diplomacy. India and Pakistan have tried cricket diplomacy for decades but to no avail.

Jaishankar’s impulses might have been to support the NATO Bloc in the current crisis between Russia and Ukraine, but if he had wanted to, Modi must have overruled him. It is clear that Modi is dictating Indian terms in the current crisis. He is a pragmatic, level-headed leader, and will never jeopardize India’s interests, no matter how fascinated he might be with one nation or the other.

Russia has reportedly offered to intercede between China and India. Seeing how quickly bad relations can devolve into war, both countries should take up Russia’s offer.

India has a major role to play in the current crisis, as the Ukrainian ambassador himself said. Modi has earned the trust of Putin. Modi is also close to Biden, although Biden must be miffed at him over his current stance. But Biden simply doesn’t trust China. So India must step in the breach to stop the war and promote diplomacy.

Those who think that including Pakistan in the new Quad is taking things a bit too far can drop it. Stunningly, the UAE also abstained from the UN vote against Russia. India has excellent relations with the UAE. So the new Quad could be China, India, Russia, India and the UAE, all Asian powers. The 21st century is supposed to be the Asian century after all.

This article was first published by the The Times of India, February 27, 2022.

- Sunil Sharan. The formation of a new Quad…..China, India, Russia and Pakistan. The Times of India, February 27, 2022