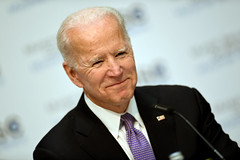 Is US leadership really in decline this time?

But several times during the postwar era, America has been counted out, only for this colossus to bounce back – like after the Vietnam war, Watergate, and the global financial crisis. And America has seen off other countries that seemed like real rivals the Soviet Union (during the 1960s and 1970s) and Japan (in the 1980s), after it had beaten Imperial Germany, Nazi Germany and Imperial Japan during the first half of the 20th century.

Is Pembroke overstating his case? No, he insists. For the first time, the US has a real “pier competitor”, and the US is fracturing due to its enormous inequality.

Pembroke is no historian or international relations expert. He is a former barrister and Supreme Court judge from Australia. But he has a lifelong interest in Asian and international affairs, and has obviously read much of the contemporary literature on the topic. His book is more descriptive than analytical, as he brings together a vast array of existing material to make his case.

Pembroke discusses at length America's construction of the rules-based postwar world order, based on American values, which it insists are universal values. At the same time, America has been the self-appointed military enforcer of the world order, when things aren’t quite to its liking. This includes regime change, or plots to depose governments it doesn’t like.


What is the origin of this dichotomy or even hypocrisy?

The rules-based postwar world order, centered around the United Nations, was basically the brainchild of President Franklin D. Roosevelt (FDR), which he sold to some other world leaders like Churchill, well before the end of World War 2. But tragically FDR would die in April 1945, before war’s end, and did not see the realisation of his vision for world peace. FDR was then replaced by Vice President, Harry Truman, who became the 33rd president of the United States, serving from 1945 to 1953, a period covering the Korean war.

Truman tilted American foreign policy toward militarism, something which continues to this very day. But this militaristic tilt was not inevitable. Henry Wallace had been FDR’s Vice President from 1941-45, and had he succeeded FDR, things would likely have been quite different, according to Pembroke, as Wallace favoured economic competition with the USSR, rather than political confrontation. But internal Democratic Party politics forced FDR into replacing Wallace as Vice President with the hardline anti-communist, “Cold Warrier” Harry Truman, with dramatic consequences for America and the world.

Pembroke recycles the argument that nuclear bombs were not necessary to defeat a Japan that was already on its knees. Truman decided to launch this devastation to demonstrate America’s power to the USSR. And thus began America’s militaristic approach to foreign policy. If you bomb people enough, they will come around to your way of thinking.

Pembroke also blames Truman for the long duration of the Korean war, as he pushed the North Koreans back to the Chinese border (an early example of American overreach), and provoked the Chinese entry into the conflict and the dragging out of the campaign. He then dissects US interventions in Iran, Guatemala, Vietnam, Chile and Iraq. Curiously, America’s involvement in the overthrow of Indonesian President Sukarno does not rate a mention. He also discusses successful CIA interference in the Italian elections of 1948 to prevent the democratic election of a communist government.

In short, America's world leadership has not always been the force for good that we often imagine, according to Pembroke, and the intervention in Iraq marked a sharp decline and loss of credibility of America. Washington suffers from a binary perception of the world – “us-and-them”, “good-and-bad” – whereas the world is a more complex and diverse place. And its proclivity to seek military solutions to political conflicts is not effective, and has made America a weaker country.

A recurrent theme through Pembroke’s narrative is America’s alleged violation of other countries’ sovereignty in contravention of the United Nations charter. At the same time, Pembroke seems reluctant to give America much credit for helping rebuild the world after World War 2, notably through the Marshall Plan, financial assistance to Japan and Korea, and military alliances with Japan, Korea, Australia, the Philippines and Thailand.

Pembroke criticises America for exporting its democratic, capitalist model for some 75 years, while China in contrast does not seek to export ideology. He gives short shrift to the notion that South Koreans could be happier than Koreans from the North, or that the Japanese could be pleased to be rid of the Imperial Japanese Army. He does not even consider the possibility that Chinese citizens are migrating to the US, Canada and Australia to escape Chinese ideology.

Pembroke quite rightly criticises America for its lack of trust and disrespect for multilateral organisations like the United Nations, and International Court of Justice. At the same time, he does not recognise that many multilateral organisations are no longer fit for purpose, and have been resistant to change. Moreover, China’s own compliance with World Trade Organisation rules is highly questionable, and it defies the UN Convention for the Law of the Sea regarding the South China Sea. As Geoff Raby has reminded us “In international relations, the unpleasant reality is that great powers do what they wish and the rest do what they can.” So America and China are arguably as bad as each other!

Pembroke is also rather starry-eyed when it comes to his assessment of China, as the US’s pier competitor. China’s GDP per capita is only one-quarter of America’s, although its total GDP is of a similar size due to its enormous population. Its future economic prospects are now threatened by a slowdown in productivity growth and rapidly ageing population, while bold policies like the Belt and Road Initiative are proving more troublesome than anticipated. And according to the Pew Research Center, negative views of China (and also the US) abound across advanced economies amid COVID-19.

Pembroke argues that China is essentially a peaceful country, in contrast to America’s militarism, and that China does not threaten to invade other countries. He does not give enough attention to China’s interference, and violation of other countries’ sovereignty, such as through economic coercion, cyber intrusions, threats to ethnic Chinese people living in other countries, and hostage diplomacy. He also regrettably dismisses China’s treatment of the Uyghurs and Hong Kong as Chinese “internal issues”.

Pembroke is right to criticise America for the historic militarisation of its foreign policy, and for its paranoid fear of losing its number one spot to China. He does have a more sympathetic assessment of the new Biden administration’s foreign policy, notably the Secretary of State Blinken’s comment that “Our relationship with China will be competitive when it should be, collaborative when it can be, and adversarial when it must be”. Pembroke remains concerned however that Biden and Blinken still see the world in terms of American global supremacy, military and otherwise.

Pembroke’s book is very thought-provoking and enlightening, and makes for stimulating reading, even if one does not agree with some parts of his argument. Overall, however, the book is not judicious in that it exaggerates both America’s shortcomings and China’s strengths. In short, the jury is still out concerning the great power contest with these two behemoths.

This article was first published by the Kootneeti on 14 December 2021.

- Michael Pembroke. America in Retreat: the decline of US leadership from WW2 TO COVID-19.

- John West. Is US leadership really in decline this time? The Kootneeti, 14 December 2021