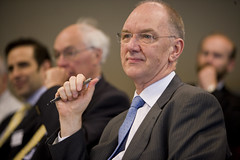 Fear of abandonment: Australia in the world since 1942

Australia’s strategic environment has turned sour in recent years.
Allan Gyngell's "Fear of Abandonment is a masterpiece on the history of Australia’s foreign policy. Gyngell takes readers on a journey that starts in 1942, when Australia only reluctantly assumed responsibility for its foreign policy, following the Australian parliament’s ratification of the British Statute of Westminster of 1931, long after other dominions like Canada and South Africa had been brave enough to do so. While the first edition concludes with a chapter titled ‘A fragmenting world—2008–2016’, most analysts and observers at the time saw Australia destined to reap the benefits of a burgeoning ‘Asian century’—something that seems much less obvious today.

The title, Fear of abandonment, conveys a strong message, and distinguishes Australia from the way the American founding fathers, such as George Washington, spoke of their fear of foreign entanglements. Gyngell argues that Australia’s anxiety was that we would be forgotten about. Ever since the first British colonists experienced that long and anxious wait for the arrival of the second fleet in Port Jackson, we seem to have been standing here on this remote continent waving our hands in the air, crying out to the rest of the world, ‘Don’t forget about us!’

Gyngell contends that Australia’s strategic dilemma was how to protect a small population occupying a large continent, far from its markets and the places from which all except Indigenous Australians, who have been here for at least 60,000 years, originally come. From the end of World War II onwards, every Australian government has employed three strands of foreign policy to address that dilemma.

The first strand is Australia’s relationship with a great and powerful friend, namely the United States. The second is support for a rules-based world order, in which Australia could play a part. And finally there’s engaging with the neighbouring region to shape it in ways conducive to Australia’s interests. But all of these strands of Australia’s foreign policy have been challenged in recent years and provide the substance for a new chapter titled ‘Sovereign borders’.

Gyngell recounts the surprise election of Donald Trump to the presidency of Australia’s most important strategic ally. Trump would call into question most of the foundations of post-war US foreign policy, including free trade, multilateralism, the value of alliances and the idea of American leadership itself. This was a worrying time for Australia, aptly expressed in 2018 by Foreign Minister Julie Bishop when she said, ‘Our closest ally and the world’s most powerful nation is being seen as less predictable and less committed to the international order that it pioneered.’ But, Gyngell notes, Australia seemed to maintain better relations with President Trump than most other allies by skillfully ‘walking on eggshells’.

Australia’s engagement with its Asian and Southwest Pacific neighbourhood has been a mixed bag. The relationship between China and Australia deteriorated sharply after 2016, and by the end of 2020 Chinese sanctions had been applied to many Australian exports and high-level contacts. Japan has much in common with Australia, being caught between its American ally and the Chinese market, and the relationship between Tokyo and Canberra reached a ‘new level of closeness’.

Mutual anxieties about China also fostered closer political and defence ties with India. A ‘comprehensive strategic partnership’ was established, but the economic relationship remains underdone. Australian anxieties about China’s forays into the Pacific drove its ‘Pacific step-up’ and a focus on economic cooperation and integration. But heightened attention to the Pacific led to Southeast Asia being marginalised, with sharp cuts to official development assistance, especially for Indonesia.

The past few years saw the dissolution of the rules-based world order, to which Australia is so attached, writes Gyngell. How so? In short, during the second decade of the 21st century, both the US and China ceased to be status quo powers. ‘The US judged that the investment it had made in the existing order had stopped delivering it the “returns” it deserved. China … was no longer willing to act as a stakeholder in a system designed by others … [I]t wanted the order to conform better to its own growing power.’

Perhaps more than anything, Covid-19 highlighted the deterioration of the world order, as international cooperation to address this pandemic was woeful. It exacerbated things by provoking decoupling, deglobalisation and a breakdown of the international system. As for Australia, Covid has caused a hunkering down and a fear of the outside world—sentiments that may linger for some time.

The emerging new world over the past four years has led to much rethinking in Australia, as reflected in the government’s 2017 foreign policy white paper and 2020 defence strategic update. The Indo-Pacific has now been adopted as a new framing device for Australia’s foreign policy. Another upshot has been greater participation in ‘minilaterals’ like the Quadrilateral Security Dialogue and the India–France–Australia ministerial dialogue. But Gyngell laments that Australia’s responses to its new challenges tend to emphasise national security rather than traditional diplomacy.

Australia’s most recent foray into minilateralism is the new enhanced trilateral security partnership called AUKUS, involving Australia, the United Kingdom and the United States. This will support Australia in acquiring nuclear-powered submarines and involve deeper information and technology sharing. While AUKUS arrived on the scene after the publication of the new edition of Fear of abandonment, Gyngell has been quick to signal caution about the arrangement. He laments that ‘AUKUS will be a sign to our neighbours that the Anglosphere is back. That Australia is in its comfortable place, locked down and hanging out with the family.’ Indeed, AUKUS is yet another vindication of the book’s title.

Gyngell’s new chapter is tinged with pessimism. He argues that today’s Indo-Pacific strategic environment is defined by political divisions and economic decoupling, not the integrated and inclusive Asia–Pacific community Australia once hoped for. He concludes that, ‘Everything Australia wants to accomplish as a nation depends on its capacity to understand the world outside its borders and respond effectively to it.’ And that’s no easy task.

In an interview in 2018, Gyngell said, ‘I can’t think of a more challenging time to be a policymaker in Australia’—a comment that he frequently reiterates. But there may be no better preparation for a foreign-policy maker than the history outlined in the new edition of Fear of abandonment, which is a veritable tour de force. For as George Kenan wrote over 60 years ago, ‘If we plod along … unaided by history, … none can be sure of direction or of pace or of the trueness of action.’

- John West.  From the bookshelf: ‘Fear of abandonment: Australia in the world since 1942'.  The Strategist

- Allan Gyngell.  Fear of Abandonment: Australia in the World since 1942