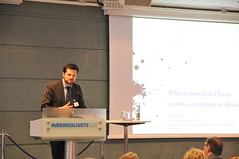 How China Loses: The Pushback Against Chinese Global Ambitions

Middle powers and developing countries are pushing back against China’s overreach such that China is unlikely to command influence over global affairs.

China’s international reputation has been plummeting in recent times.  Among the reasons for this are China’s coverup of the origins of COVID-19, its hostage diplomacy (there are currently at least two Australians being held by the Chinese government), its harassment of Japan and Taiwan through incessant incursions into their airspace, its “wolf warrior diplomacy,” and alleged widespread cyber intrusions.

In this context, Luke Patey’s recent book, How China Loses: The Pushback Against Chinese Global Ambitions, offers a welcome survey of a range of countries’ are responses to the Belt and Road Initiative (BRI) and other Chinese actions. At a time when international attention is concentrated on China-US rivalry, Patey focuses on the responses of middle powers and developing countries, which together account for some 60 percent of the world economy but whose importance in international relations can be overlooked. The reality is that there is a diversity of power in the world.

Australian readers will be happy to read that Patey believes that middle powers will play an important role in shaping the future of China’s global influence. For his part, Patey has a “middle power background,” hailing from Canada and being presently based at the Danish Institute for International Studies. Interestingly, part of his mission seems to be correcting American misimpressions of China’s initiatives, notably regarding the BRI.

Patey’s literary journey – a journey which he has also taken in real life – takes us to Sudan, South Sudan, Pakistan, Argentina, Malaysia, Germany, Japan, and a host of other places along the way, many of which participate in the BRI. Patey notes American discussions of the BRI typically claim that it is a “debt trap” for host countries, which enables China to take control of strategic assets, such as ports and railways, when the recipient country is unable to repay the loan.

But he casts doubt on this argument and insists that the real issue is that the BRI is not delivering on its promise of unconditional financing and economic development. In reality, the financing of infrastructure projects is tied to the use of Chinese companies, contractors, construction firms, and products. BRI partner countries are also expected to maintain a “China-friendly” discourse on issues like human rights, Xinjiang, Tibet, Hong Kong, and Taiwan.

While Africa and Asia desperately need infrastructure to boost economic development, the infrastructure that China is building is not generating much development, and is therefore burdening countries with large debt servicing problems. There has not been much offshoring of Chinese manufacturing jobs to Africa in particular. Rather, many Chinese companies are responding to higher cost structures with automation at home or by offshoring to Southeast Asia. Additionally, the BRI’s signature project, the China-Pakistan Economic Corridor, now seems to be bogged down. Patey notes that there has recently been a sharp fall in BRI lending, partly due to COVID-19, and concludes that this first phase of the BRI – which is based on infrastructure development – is likely coming to an end.

One of the book’s most interesting chapters deals with China’s relationship with Europe. China has enjoyed very rapid growth in trade and investment with Europe in recent decades. But in the last five to six years, questions have arisen about China’s growing political influence. A lively debate has also developed about “values versus interests,” and in particular whether the European Union is compromising its concerns about human rights in Xinjiang for trade and investment opportunities.

Patey argues that today, the most important issue for Europe is its economic relations with China. Indeed, in 2019 the EU officially designated China as a strategic competitor and a systemic rival. Yet, at the same time, it recognised China as an important economic partner, following a decade-long boom in Chinese investment into Europe. However, according to Patey, the lack of reciprocity in its investment relationship with China set off alarm bells across Europe. The concern was that most of these investments were acquisitions in the advanced manufacturing sector, as China pursued its Made in China 2025 industrial agenda to become a world leader in advanced manufacturing. China’s investment restrictions are also four times higher than the OECD average.

So the EU has launched an investment screening mechanism and is exploring new anti-subsidy rules so that European companies can compete on a level playing field with their Chinese counterparts. A China-EU investment agreement, which was hurriedly concluded just before President Joe Biden’s inauguration, could now stumble during the European Parliament ratification process. Central and Eastern European countries participating in the 17+1 forum with China are also considerably disillusioned, as they haven’t seen trade and investment grow since the formation of this group, which Lithuania has recently left.

Japan, under the leadership of Abe Shinzo, has led Asia’s pushback against China, writes Patey. It developed alternative supply chains for rare earth metals after China temporarily blocked exports ten years ago. Abe led the resuscitation of the Trans-Pacific Partnership after Donald Trump pulled America out in 2017. Abe was also a leading proponent of the Quadrilateral Security Dialogue (“Quad”), involving the US, Japan, India, and Australia, which has now been elevated to the leaders’ level by President Biden. Under Abe, Japan has also forged a particularly close partnership with India.

While India’s relations with China have always been somewhat testy, Chinese President Xi Jinping and Prime Minister Narendra Modi held two summits in recent years with the intention of soothing relations. However, fighting along their shared Himalayan border in 2020 destroyed hopes that China and India would work more closely as regional partners. In light of China’s assertiveness, New Delhi has shed much of its initial hesitancy about the Quad, and has accepted Australia back into its “Malabar military exercises” along with Japan and the US.

According to Patey, China has not won the hearts and minds of Southeast Asia, often seen as China’s backyard. In reality, some countries’ cooperation with China has actually been successful, and Patey’s book would have benefited from more discussion of these cases.

Patey concludes that China’s rise is not preordained, and that we are unlikely to see a world where China will be in charge. Its foreign policy is backfiring on its global ambitions, especially as India, Japan, Germany, and other countries are pushing back. At the same time, Patey concludes that the world cannot afford for China to “lose” because it is too important, and that if China falls into economic and political instability, its leaders may lash out at foreign scapegoats in the face of failure at home.

In sum, How China Loses offers a wealth of information and some new perspectives and insights on the rise of China – the most important geopolitical issue of our time. While the book suffers from being more descriptive than analytical, and from covering much familiar territory, it does make a useful contribution to the literature which seeks to understand China’s underlying weaknesses.

This book review by John West was first published by the Australian Institute of International Affairs on 18 October, 2021.