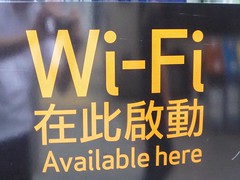 Nigel Inkster’s new book is that he traces China’s long-term technological development in the broad context of China’s history, civilisation and evolving identity.
China has become a peer competitor with the US for a wide range of technologies, a remarkable feat for a country that was bereft of most modern technologies just four decades ago.

China has been a technological power for most of its recorded history and accounted for half of the world’s engineering inventions in the period leading up to the Industrial Revolution period. Yet it never developed a culture of science and missed the Industrial Revolution, writes Nigel Inkster in his new book, The great decoupling: China, America and the struggle for technological supremacy.

This meant that China was highly vulnerable when it came into contact with the industrialised West and Japan in the 18th century, with devastating consequences for the country. China would remain a technological backwater until its reform and opening up, launched by Deng Xiaoping in the late 1970s.

Inkster, a veteran of the British Secret Intelligence Service, now at the London-based International Institute for Strategic Studies, offers a forensic history of China’s technological development. He argues that, somewhat curiously, it was the writings of American futurologist Alvin Toffler that helped China’s reformist leaders see the importance of information and communications technologies in promoting the country’s economic modernisation.

The burgeoning economic interdependence with the US provided a pathway to technological progress for China, writes Inkster. As China opened its economy, it attracted investment in low-end manufacturing activities, notably the assembly of mobile phones and computers.

This enabled China to develop its technological capabilities, which were enhanced by returning Chinese talent that had been educated in the US and worked in Silicon Valley. The Chinese tech sector has also benefited from massive government subsidies and the exclusion of American tech giants from the Chinese market, a theme that could have been better developed by Inkster.

As China’s capabilities grew, so too did its discomfiture with reliance on American technology, particularly after the revelations in 2013 by Edward Snowden on US tech-enabled surveillance. China has been promoting indigenous manufacture of technology and the concept of cyber sovereignty ever since. For Beijing, this means the right for countries to police content transiting their sovereign space. Digital and quantum technologies have also enabled China to become a major global intelligence power.

The election of Xi Jinping in 2012 as general secretary of the Chinese Communist Party proved to be a major event in China’s technological development, writes Inkster. Xi grasped the importance of technology. He set the goal of China becoming the leading global technology power in the world by 2035. China is very keen to reshape the world order in its favour and is using its growing dominance in technology to shape global norms and standards for how these technologies are employed. Xi’s vision is encapsulated in the phrase ‘community of common destiny for mankind’, which is code for a China-led world order.

China’s rise as a technological power has put it on a collision course with the US, which wants to maintain its global technological supremacy. Inkster argues that China’s technological rise is a ‘Sputnik moment’ for the US. In recent years, the US has been pushing back against China, a policy led by Donald Trump’s administration and continued, for the moment, by President Joe Biden. The US wants to constrain China’s ambitions and give US companies breathing space to catch up for 5G mobile telecommunications. After all, most of the fundamental technology for Huawei’s 5G is actually American.

The ‘great decoupling’ on the tech front is starting to happen, as the US tries to disentangle its research and development and supply-chain connectivity with China. The US is now denying China access to advanced components, controlling its tech investments in the US, and putting restrictions on joint research activities and Chinese students and migrants in America.

The US has banned Huawei from its 5G network and succeeded in encouraging most Western countries to follow suit. But decoupling will be slow, and partial. Because it results in less collaboration, decoupling will likely have an adverse impact on innovation in both countries. Decoupling has also created some difficult geopolitics, particularly regarding Taiwan, which has cornered the global market for high-end semiconductors—something China can’t make and has no likelihood of making soon.

Who will win this technological competition?

The US enjoys the advantages of incumbencies—it got there first. America is ahead for most technologies and China is playing catch-up. The US has much greater strengths in foundational science, which is still a weakness for China.

But the US also has its own problems. It isn’t producing the educated people that it needs, so it has to rely on migrants. And while it’s been able to attract some of the world’s best talent, China will now be much less of a source.

For its part, China has shown remarkable ingenuity in the application of existing technologies. And it is now showing a capacity to innovate, despite the doubts of many Westerners. In some of the higher order technologies like quantum encryption, China is clearly leading the global field.

Perhaps China’s greatest risk is that political concerns about security could end up stifling entrepreneurship and innovation. At the same time, the Chinese party-state is able to employ a whole-of-nation approach to technological development that is inconceivable in a liberal democracy.

Inkster concludes that it’s far from certain that the US will win this technology competition with China. And the US will need to accept that in some areas of technology, China will dominate.

The strong point of Inkster’s book is that he traces China’s long-term technological development in the broad context of China’s history, civilisation and evolving identity. But that may also be the book’s shortcoming, as the narrative of China and America’s struggle for technological supremacy is at times clouded by the volumes of contextual information.

That said, the book contains a wealth of information on an issue that is critical for our understanding of US–China rivalry and is an excellent reference for all scholars of Sino-American relations and international relations more generally.

This book review by John West was first published by the Strategist on 23 August 2021.

- Nigel Inkster, The great decoupling: China, America and the struggle for technological supremacy.