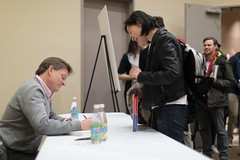 Why politics and pandemics don’t mix

Michael Lewis’ stranger-than-fiction take on how America’s public health mechanisms failed in the face of Covid-19.
Way back in October 2019, before most anyone had heard of Covid-19, a group of experts from the Nuclear Threat Initiative, Johns Hopkins Center for Health Security and The Economist Intelligence Unit developed the Global Health Security Index, which ranked some 195 countries in terms of their readiness for a pandemic. The United States came in Number 1, the most capable, and the United Kingdom Number 2.

And yet, as we now know, US performance in managing Covid-19 through 2020 and 2021 has been one of the worst of all advanced countries, with 36 million cases and more than 600,000 deaths. Celebrated author, Michael Lewis, seeks to understand and explain this conundrum in his new book, The Premonition: a pandemic story. Lewis has a handful of quirky characters through whom he tells his story in a text that is based on interviews and constructed using real events – a model he has employed through a catalogue of works, such as Liar’s Poker, The Big Short and The Undoing Project.

Lewis’ previous book, The Fifth Risk, was strangely prescient. He framed the US federal government as a manager of a portfolio of existential risks, whose experts had been neglected and abused for more than a generation. The book asked: “What happens when the people in charge of managing these risks, along with the experts who understand them, have no interest in them?” This sets the stage for The Premonition.

Lewis’ story is a portrait of a broken, dysfunctional system, not just the US public health system, but the whole society. In the telling of the story, the US federal government Centers for Disease Control and Prevention (CDC) becomes the main villain.

The three key characters had been working on the impact of a pathogen landing in America, and all saw that the tools to deal with one were inadequate. The central character is Charity Dean, a dynamic local public health officer in California who, during her efforts to contain a 2013 meningitis outbreak, found the CDC to be useless in a crisis. Already by January 2020, through studying Chinese social media, she was able to interpret the tragic evidence coming out of Wuhan, while plane loads of Americans were still returning home without being tested for Covid.

Then there is Carter Mecher, a critical care doctor who had been pulled into the George W. Bush administration to design a pandemic plan. He was analysing very early the available Covid data using “redneck epidemiology”. He believes that in a disease outbreak you need to get answers fast, before you know for sure what is happening, in contrast to the counter-productive perfectionism of the CDC – because by the time you know for sure, you'll be overrun. Finally, there is Joe DeRisi, a biochemist, who developed technology for rapid viral testing, while the CDC bungled testing for Covid.

As the Trump administration was abdicating responsibility for managing Covid, these three figures came together through the “Wolverines”, a network of doctors who had previously worked in the White House together, and tried to convince the government about the seriousness of the killer virus. But as Covid spun out of control, they lost the battle, and so did America, while the CDC were not ringing the bell.

Through the battles of these three characters, we learn that America does not have a system of public health, it has 3000 disconnected public health officers who aren’t networked or led by the CDC in a serious way. Lewis’ argument is that you need to look beyond blaming Donald Trump and to the nation’s fragmented, underfunded public health system. As one of Lewis’ characters says, “Donald Trump was a comorbidity”. But surely Lewis is too generous to Trump, whose attitude towards Covid was simply reckless, suggested by his disbanding of the pandemic response unit in the White House.

How did the CDC become so ineffectual and bureaucratic? Over the years, the CDC had become like an academic institution, and highly politicised. It was no longer capable of controlling disease. No one really knew who was in control when the first signs of Covid appeared. It ultimately lost its ability to be brave, and became a mouthpiece for Trump. But in reality, the CDC may not quite be in terminal decline, as Lewis implies. President Joe Biden has appointed a new head, Rochelle Walensky, a doctor who has cared for Covid-19 patients, and the agency seems to be tackling the pandemic much more effectively.

The Premonition is a highly readable, non-fiction thriller, which sweeps you along through the lives of its heroes in their David and Goliath battle with the bureaucracy, constantly pitting action against bureaucratic caution. In Lewis’ writing, it seems that the eccentric scientist is always the hero. One can only wonder, however, about the risk of false alarms being rung by such heterodox scientists. For example, the 2009 swine flu outbreak proved to be less lethal than initially anticipated, and proposals for strong policies to contain the outbreak were wisely abandoned.

Lewis’ book is also curious in that Deborah Leah Birx, White House Coronavirus Response Coordinator under President Trump, the White House Covid task force, and Anthony Fauci, director of the US National Institute of Allergy and Infectious Diseases, barely rate a mention. In short, the book does not provide a holistic analysis, but rather a narrative focusing on the lives of its heroes.

These reservations aside, Covid-19 is a phenomenon of truly historic proportions which will over time generate an immense literature, analysing its manifold aspects. In this context, The Premonition makes a very early and insightful contribution that should encourage American elites to reflect more deeply on how the country will respond to future pandemics and other crises in the years ahead.

This book review by John West was first published by the Lowy Institute on 23 August 2021.