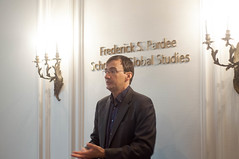 Book Review: The Invention of China

According to Bill Hayton, the modern Chinese state was constructed, or “invented,” at the end of the Qing Dynasty, based on Western ideas of nation, race, history, and territory.
Today, there is a widely accepted view that China is a unique 5,000-year-old civilisation. It is represented in countless narratives as a unified country on a single piece of territory, with a single culture, dominated by the Han race, speaking a single language, Putonghua. In short, it is revered as “a civilisational state.” The strength of this belief silences historical timelines of Chinese colonisation by the Manchus (Qing Dynasty) and the Mongols (Yuan Dynasty). But the Chinese culture is so sophisticated and powerful that these invaders were sinicized and became Chinese.

Much of this view of China’s history and civilisation is a modern construction, or “invention,” according to Bill Hayton in his recent book, The Invention of China. Throughout history, no state ever called itself China. Rather, dynasties used terms like “The Qing Great State” and the “Ming Great State.” Before the 20th century, “China” was a term used only by Westerners, like travellers, traders, and missionaries. And no one spoke of a Han race before 1900.

Moreover, the Qing Great State was not even a Chinese empire. It was led by Manchus, who came from Manchuria in the north east, outside the Great Wall, after they invaded the Ming empire in 1644. The former Ming “China” thus became a colony of a Manchurian empire, which also colonised Mongolia, Xinjiang, and Tibet. These regions had rarely been affiliated with China, and were not part of the Ming Dynasty. In sum, there were five different parts of this inner Asian empire.

To be sure, there were people living in the current Chinese territory 5,000 years ago and many thousands of years before that. But rather than one single culture, there were different cultures around the coast, the river valleys, and the highlands. Even today, around 30 percent of the Chinese population do not speak Putonghua, the national language. As well, citizens from Hong Kong and Inner Mongolia don’t appreciate Beijing’s attempts to “harmonise” their territories by imposing Putonghua in the place of local languages.

How and why was China invented? According to Hayton, as the Qing Dynasty was crumbling in 1912 and a new nationalist republic was being created, exiles like Liang Qichao and Sun Yat-sen, who had been living and writing overseas, developed new ways of thinking about nation, race, history, state, and territory. These ideas were inspired by modernising Western ideas and were transplanted into the minds of their compatriots through journalism and activism, which were picked up by the Chinese nationalist, revolutionary movement.

Since the Tiananmen Square incident, the Communist Party has embraced nationalism and is now trying to own Chinese nationalism. In recent decades, the Chinese Communist Party has further elaborated the nation’s constructed history through emphasising the idea of a nation humiliated by foreigners. This motivates many of its actions, notably in the South China Sea.

Hayton’s book surveys eight inventions — the invention of China, sovereignty, the Han Race, Chinese history, the Chinese nation, the Chinese language, a national territory, and a maritime claim. He highlights the effort to backdate the origin of Chinese culture to the “yellow emperor,” a mythical figure, with a mythical birthday 5,000 years ago, who is the ancestor of the Han race. He argues that Chinese nationalists in the late 19th and early 20th century turned the Manchu empire inside out, when they claimed Manchuria, Mongolia, Xinjiang, and Tibet as part of a Chinese empire. In short, nationalism, sovereignty, and the modern nation state do not have the historical depth in China as is officially presented. Yet today, the Chinese government is using ideas of race, common heritage, and the Yellow Emperor to court the loyalty of overseas Chinese communities.

In contrast to official histories, Hayton emphasises the Manchu (rather than Chinese) character of the Qing state. It practised different rules for different regions such that the emperor presented himself as a Manchu leader, Mongol leader, Tibetan leader, Muslim leader, or a Sinitic leader, according to the audience. The imperial court strived to maintain a Manchu identity, by maintaining Manchu customs. Manchu remained the official language of the Qing state right up until its collapse in 1912. Manchus lived in separate, usually walled, districts of cities, and intermarriage with a Chinese-identifying citizen was prohibited. At the time of the 1911/12 revolution, there were considerable acts of genocide against Manchu people.

The book is mainly a synthesis of academic studies from the new Qing history and the critical Han studies schools. Hayton’s main contribution is drawing on this research to help us better understand China’s challenges today, as the government seeks to impose a Chinese culture on areas like Mongolia, Xinjiang, and Tibet, which were not originally Chinese, and to unify Hong Kong and Taiwan with the mainland. His book takes inspiration from his previous book on the South China Sea where he argues that China’s claims are mainly based on “made-up history.”

Hayton does not seek to single out China with his thesis of the invention of China. No nation is a natural formation, they are all created, they are political constructs. The point is that China is no different from other countries in this respect – it is not more ancient, special, or authentic.

Hayton’s iconoclastic analysis has predictably provoked lively discussions in book presentations and social media. But it has also highlighted the fact that such open debates about China’s history are not possible inside China where history, notably “the century of humiliation,” is a key element of the Chinese Communist Party propaganda. This highlights the dark shadow over China’s education system which is tainted with official propaganda and is not open to critical thinking. It highlights the detriment of these truths on China’s challenges with nurturing the necessary human capital to foster innovation and continued economic success. Further, it reveals the fragility of a political system which rests on an historical foundation which is written and approved by the Chinese Communist Party rather than independent, academic historians.

Hayton’s book is a bit heavy going in parts, with much historical detail to wade through. But it is very much worth the effort to gain a deep understanding of the nature of the Chinese state.

This review by John West was first published by the Australian Institute of International Affairs on 15 March 2021.