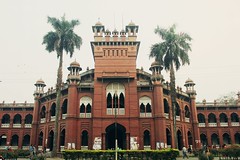 The election of Joe Biden to the US presidency notwithstanding, Japan will need to maintain its more independent and activist foreign policy to protect its interests, writes John West.
In the post-World War II period, foreign policy was not a high priority for Japan. As it needed to rebuild its decimated domestic economy and society, it adhered closely to the “Yoshida Doctrine” of alignment with the US and focused on economic growth.

Under US occupation from 1945 to 1952 and in the following years, the main pillars of Japan’s domestic politics and foreign relations were put into place, with most of these shaping its foreign policy through to this day.

These pillars include: a pacifist constitution; a close alliance with the US, which is the cornerstone of Japan’s foreign policy; and a commitment to the rules-based multilateral order, centred on the United Nations.

While the US transformed Japan into a parliamentary democracy—with the nascent Cold War—America’s priority was to make Japan a close ally in the battle against communism in the USSR and China. More than half a century later, the alliance is as relevant than ever in the face of a rising and assertive China, and a fast-nuclearising North Korea.

From Japan’s viewpoint, one of its great achievements over the past 70 years has been successfully avoiding being sucked into America’s wars, despite the countries’ close military alliance. However, one unfortunate consequence of Cold War politics was that, unlike Germany, post-war reconciliation was never attempted between Japan, and China and Korea, both of which had suffered tremendously from Japanese aggression. Bad relations persist to this day, especially between Japan and Korea.

Japan did lead a very important initiative for the creation of the Asian Development Bank to promote economic development in the region. And in 1964, it also joined the Organisation for Economic Cooperation and Development, a bastion of Western countries.

The end of the Cold War, the rise of China, the conundrum of a nuclearising North Korea, the more recent decline in America’s commitment to Asia, and the strong international leadership of Shinzo Abe’s nationalist-conservative government (2012-2020), have driven a more independent and activist foreign policy, especially for geoeconomics, over the past couple of decades.

The administration of Mr Abe, Japan’s longest serving prime minister, saw the greatest political activism of recent decades. Mr Abe promoted his vision for a “Free and Open Indo-Pacific”, which highlights Japan’s commitment to maintaining a rules-based international order, especially for free trade, freedom of navigation and infrastructure connectivity. This clearly proposes a very different vision from China, and has been embraced by the US, Australia, India and ASEAN, each with their own interpretations. In this context, Japan has also been a leader of the Quadrilateral Security Dialogue (the “Quad”), an informal strategic forum between the US, Japan, Australia and India—four Indo-Pacific democracies—that is mainly concerned with balancing China’s assertive behaviour.

Infrastructure is a key element of Japan’s vision for a Free and Open Indo-Pacific, and for strategic competition with China, especially in Southeast Asia. For the moment, Japan’s infrastructure investment in the region still exceeds that of China, and emphasises “quality infrastructure”, although China is ASEAN’s leading trade partner.

Japan is now cooperating with the US and Australia in the provision of infrastructure. Also in the infrastructure area, Japan followed the US lead in not joining the Chinese-led Asian Infrastructure Investment Bank and the Belt and Road Initiative. At the same time, it is encouraging these China’s infrastructure projects to meet international standards, and Japanese and Chinese companies are now cooperating.

Prime Minister Abe’s determined efforts enabled Japan to manage the “Trump shock” and ultimately helped maintain a relatively constructive relationship between the two countries. For a country like Japan, whose foreign policy is built on its alliance with the US, President Trump’s disparaging comments about the benefits of alliances were deeply unsettling. Not surprisingly, under Abe’s watch, Japan accelerated its investments in military hardware.

Looking ahead, China-Japan relations seem destined to fluctuate, with several structural factors preventing a meaningful reconciliation – history, territorial disputes and Japan’s military alliance with the US, China’s nemesis. And while Japan has an edge over China in terms of soft power with Southeast Asia and most other Asian countries, China’s enormous size and its financing capacity, along with Japan’s own economic dependence on China, makes strategic competition difficult.

Under Mr Abe’s leadership, Japan failed to make progress on some other foreign policy issues. Despite many meetings between Mr Abe and Russian President Putin, no progress was made in resolving the territorial dispute between Russia and Japan regarding the disputed “Northern Territories”. And although Mr Abe made progress in addressing the “comfort women” issue with South Korea under the administration of President Park, the agreement was rejected by her successor, President Moon, and relations with South Korea are now at a very low ebb.

Japan has been much more active and successful in geoeconomics. The new millennium saw the beginning of a wave of economic partnership agreements (de facto free trade agreements), starting with the Japan and Singapore for a New-Age Economic Partnership, and continuing with agreements with ASEAN countries, India and Australia. Indeed, Japan is highly regarded as an economic and diplomatic power in Southeast Asia, in contrast to its prickly relations with China and Korea, and is very active in the ASEAN-led multilateral frameworks.

These agreements became essential building blocks for the recently signed Regional Comprehensive Economic Partnership (RCEP). One great disappointment of the RCEP was India’s withdrawal, a very close partner of Japan under Mr Abe. India is of course seen by Japan and some other countries as necessary for balancing China’s enormous economic weight in an agreement to which the US is not a party. Indeed, Japan, India and multiple African countries have established the Asia-Africa Growth Corridor.

Mr Abe’s leadership came to the fore when he agreed to join the Trans-Pacific Partnership talks led by the US Obama administration. Mr Abe saw the TPP as an important component of his Abenomics programme to revitalise the Japanese economy. But his great plan was seemingly upended when Mr Trump withdrew the US from this agreement.

One of the shining moments of the Abe administration was taking the lead in the resuscitation of the TPP, and seeing it come into force in December 2018 as the Comprehensive and Progressive Agreement for Trans-Pacific Partnership (CPTPP). This is a pretty startling turn for a country which only a couple decades before had blocked an APEC proposal to make specific commitments to trade liberalisation.

Fear of US protectionism saw the EU and Japan rush to complete negotiations for an economic partnership agreement which came into force on 1 February 2019, while the UK-Japan Comprehensive EPA was agreed in principle on 11 September 2020. Indeed, Japan and the EU both have a strong interest in the rules-based multilateral trading system.

In short, activist and dynamic trade policy has probably been the high point in Japan’s foreign policy, despite the absence of the US from major agreements.

From Trumpism to Bidenism

Japanese Prime Minister Suga welcomed the election of Joe Biden to the presidency of the US, even though his right wing Liberal Democratic Party, which has held power for most of the post-war period, would be much more comfortable with a Republican President.

Mr Suga also took comfort from President Biden’s reassurance of “the United States’ unwavering commitment to the defence of Japan under Article 5 of our security treaty, which includes the Senkaku Islands”, which are subject to a territorial dispute with China. President Biden and Prime Minister Suga agreed to bolster the Japan-US alliance and cooperate toward a ‘Free and Open Indo-Pacific’, including through their Quadrilateral Security Dialogue.

But it is unclear how much time the Biden administration will have for relations with allies and partners, given the state of domestic chaos resulting from COVID-19 and deep social divisions.

Many Japanese commentators have also expressed concerns about President Biden’s possible approach regarding China, despite his tough words. The Japanese government greatly appreciated President Trump’s toughness with China, following what they saw as President Obama’s muddled and unclear policies towards China. Thus, the fear is that the Biden administration, which is heavy with ex-Obama officials, might go soft on China, such as by compromising security issues for a grand deal on climate change.

In the area of trade, Japan’s dream would be for the new Biden administration to return to the CPTPP, a trade agreement that he supported as Vice-President just a few years ago. But this is highly unlikely, as President Biden has indicated that he is not interested in joining new trade agreements.

Ironically, China has now expressed interest in joining the CPTPP, although it was explicitly excluded from the TPP by the Obama administration. This will likely be a great test for Japan’s trade diplomacy, without any US support, as China might push hard for membership and then work to water down some of the provisions of the agreement on issues like state-owned enterprises, labour rights and intellectual property rights.

More generally, Japan, like most Asian countries, is hoping for a more stable and predictable US policy towards Asia under President Biden, as it believes the US has an important role to play in Asia’s security. After all, the US is the only country that is powerful enough to balance Chinese power by itself. And although the US’ economic and diplomatic presence in Asia is fading, its military presence remains very strong.

With the US’ chaos of the past two decades – wars in the Middle East, the Global Financial Crisis, the Donald Trump presidency, and mismanagement of COVID-19 – Japan and its neighbours should always be hedging against the next shock or distraction that could emanate from the US, as well as its seemingly weak commitment to the region. This means not counting too much on the US, fostering other middle power partnerships, investing in their own independent strategic capabilities, and doing one’s best to live with China.

All of this means Japan will need to maintain and perhaps even deepen its more independent and activist foreign policy of the past couple of decades. But this will also require more serious economic reform, so that Japan has the necessary economic wherewithal to support its foreign policy.

This article was first published by the blog, "Unravel", on 9 February 2021. It is based on John West's presentation at the International e-Conference on ‘Japanology in New Era’, held by the Department of Japanese Studies, University of Dhaka, January 28-29, 2021.