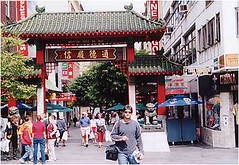 Australians have never been much good at admitting the good times will end, argues Michael Shoebridge.

Australian lobster, wine, beef, barley, cotton and copper ore sales to Chinese consumers and companies are being stopped by the Chinese government. What’s happening is not just a transitory interruption, regardless of whether the blanket bans foreshadowed last week are about to emerge or stay blurry.

Last week’s threats are simply the most recent and clearest indication that the temporary but highly profitable China market boom for Australia’s commodity and services exports that has run since 2014 is ending—and probably pretty quickly.

That’s what booms do, and it’s never a happy time as the painful realisation emerges.

We’ve been here before, and the psychology and political analysis aren’t that different. During the 2000s into the 2010s, we welcomed the cash flowing from the mining and mining investment booms. We had warnings from bodies like the International Monetary Fund about the economic risks that made those income streams vulnerable, but we told ourselves it was the new normal. As the Australian National University’s Warwick McKibbin said, ‘All politicians and certainly a lot of public servants seemed to believe that this boom would go forever.’ But it didn’t.

There were suggestions that Australia wasn’t taking advantage of the fat times from the boom to make provision for the future. Ideas were floated like starting a sovereign wealth fund with the government revenue received from the big miners, as Norway had done so successfully from its oil and gas revenues. But Treasury discounted these suggestions. Nevertheless, the investment boom ended, as we all knew it would.

The lazy expectation of inexorable increases in Australia’s trade with China was best expressed in the Gillard government’s forgettable Australia in the Asian century white paper from 2012.The document now seems quaint or maybe naive in its failure to acknowledge that state power, strategic interests and security issues can and will shape trade and economics. It was in good company, though. Treasury reports from the same time projected ‘increasing demand for Australian exports in the services sector and in high-end food, beverages and leisure from the increasing size of the middle class in China, as incomes rise’. Again, this economic portfolio analysis failed to acknowledge strategic, geopolitical and security risks to such rosy projections.

So, what’s going on? The way we talk about Australia’s China trade is as if the current volume and structure of that trade is, and always has been, a part of our economic furniture. It’s as if we have always sold 90% of our lobster exports to China every year, and as if we’ve always sold $1.2 billion of alcoholic drinks, $1.5 billion in timber and woodchips and $2.7 billion of beef into the China market every year, forever.

But that’s simply not true, as detailed trade data released by the government earlier this year, and analysed by David Uren, shows. Every commodity listed there has had the most extraordinary boom in sales into China since 2014. Annual lobster exports to China went from almost zero in 2014 to $800 million last year. Beef sales into China grew by 300% over the past five years. Alcoholic drink exports, dominated by wine, went from $210 million a year in 2014 to $1.2 billion in 2019. This phenomenon was powered by the 2015 free trade agreement. But growth rates of 300% and 500% are supernormal, and in economics, supernormal growth is usually temporary and often followed by a nasty slump.

Why is the China market boom ending? Because China has changed under Xi Jinping, and Xi has changed the terms under which companies and countries can access the China market. He’s also changed the terms on which Chinese businesses can run their companies and access things like stock markets, as Alibaba owner Jack Ma has discovered as he’s tried to float Ant Group on the Shanghai and Hong Kong exchanges. International banks are discovering this in Hong Kong as the national security law affects far more than ‘the few’ Carrie Lam promised.

Chinese policymakers talk about ‘reform and opening up’ and making China a better, more predictable place for foreign trade, investors and companies. But the government’s relentless drive to exert greater control over trade and economic partnerships and to intervene in unexpected ways is sending the opposite message—and not just to Australia.

China’s market is becoming more closed, more difficult and more unpredictable, not more open and reciprocal. And, for companies operating from jurisdictions whose governments are not on board with the policy directions and strategic imperatives of Xi’s government, market access is being used as a weapon. It’s a weapon designed to punish such governments, like Australia’s, to pressure them through domestic business lobbies that simply want sales to continue, and to intimidate other governments that might be contemplating similar policies.

Chinese state power and party control have popped the bubble of Australia’s China market boom. Business interests who say their ‘special relationships’ with Chinese partners show they can ‘solve the trade impasse’ simply can’t explain why such connections haven’t helped prevent Beijing’s actions to date, or why they might work now. Instead of wondering whether more nuance from our government or warmer personal relationships between Australian and Chinese ministers might be the answer, we need to recognise the fundamental change to the terms of access to the China market and plan and act accordingly.

Maybe the lonely exception here is our iron ore trade, simply because it’s a continuing structural need of China’s economy, at least until China manages its long-foreshadowed transition from a manufacturing and infrastructure-building economy to a services and consumption economy, or Brazil gets better at reliability, cost and scale.

The fact that Australia is not alone in experiencing the coercive shift in Beijing’s management of market access should help us understand that it’s not about window dressing around Australian policy and presentation, but about a fundamental change that’s beginning to affect every major economy and company engaging in the China market. Australia is ahead of this curve because of the speed of our export growth with China. We’ve made this problem worse for ourselves by failing to insulate our trade by doing the groundwork to develop and grow other markets.

But there’s little point in pining for 2012 or 2015 and seeking the future sketched out then by Gillard and Treasury. It was a mirage and it has evaporated, in parallel with the collapse in China’s soft power and trustworthiness across the populations of the world’s advanced economies.

The direction we need to take is pretty clear, even if it’s not easy. We need to make the China market matter less to us, just as it did for the sectors mentioned above only six years ago. Because this is such a recent phenomenon, we know we can change the structure and direction of trade in these items. And the more difficult the Chinese government makes it for us to access the China market, the more this will happen.

No single market can replace China, but wealthy consumers across the world want to buy more lobsters and more wine than the world can supply, and our commodities and resources are, as they were before the pandemic, high quality and well priced.

Making the China market matter less, ironically, is also the best way to reduce the likelihood the Chinese government will use our trade against us, because it makes that trade much less of a weapon. If 20% of our wine and lobster sales go to China in 2024, for example, bilateral trade will have returned to being more a simple calculation of mutual benefit that’s easier to divorce from politics and power.

Given the speed of the shift, maybe there’s a case here for structural adjustment packages for some of the affected industries. Government-to-government engagement to open and expand alternative markets with jurisdictions in which trust is high and with which we have opportunities in the post-Covid-19 world to build new partnerships that increase our resilience seem to not just make sense but to meet public expectations. Germany is an example here, as are South Korea, Taiwan and Japan.

Whether it’s the gold rush of the 1850s, the mining and mining investment booms of the early 2000s, or the China market boom of the past six years, Australians have never been much good at admitting the good times will end. But we’ve got a pretty good track record of managing the transition and finding new sources of prosperity when they do.

Michael Shoebridge is director of the defence, strategy and national security program at ASPI.

This article was first published on "The Strategist" on 9 November 2020.

- Michael Shoebridge.  The end of Australia’s China boom shouldn’t be such a surprise.  The Strategist, 9 November 2020.