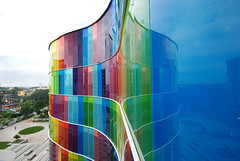 Restarting the Asian Century after Covid-19

Good morning in Kolkata. Greetings from Sydney Australia where it is already afternoon.

Congratulations to you all for enrolling as students in the Post-Graduate Diploma in Management at the International Management Institute in Kolkata.

The International Management Institute in Kolkata is one of the world’s leading management schools. I am sure that your Post-Graduate Diploma in Management will help you become successful managers and entrepreneurs in your careers, and will help India become one of the leading economies in the Asian Century.

As you start your studies now in 2020, the world economy and the world in general is in the most terrible situation since World War 2. The Covid-19 virus is inflicting great damage on economies, societies, politics and international relations, the world over.

And now, as you start your studies, it may be difficult to imagine a future beyond Covid-19.

But both India and the world will recover from Covid-19. And there is every reason to believe that by the time you finish your Post-Graduate Diploma in Management, the world will be very much in the recovery phase. And as dynamic young managers, you will be in a position to shape this new period in Indian and world history.

Already, before Covid-19, India had become one of the world’s leading economies, and your country has enormous potential to lead the world into an Asian Century.

The main challenge we face will be restarting the Asian Century After Covid-19.

In my Distinguished Lecture today, I would like to:

-- draw some lessons from the Covid-19 pandemic; and

-- offer a few thoughts about the world after Covid-19, this being the world in which you will all be leading managers.

Over the past seventy years, we have seen the reemergence of Asia as a leading power in the world economy. Many people say that the 21st century will become the Asian century, led by India and China, the two giants of Asia.

Indeed, for most of the past two thousand years, Asia was the world’s leading economy, led by India and China. But then the West took over world economic leadership in the 19th and early 20th centuries. The Industrial Revolution gave the West a big boost. Many Asian countries, especially India, then suffered from Western colonialism and decolonisation, as well as conflicts like the World Wars.

But following the end of World War 2, Asia gradually reemerged.

Japan led the way, and became the world’s second biggest economy in 1968. It became a major force in the motor vehicle and electronics industries with companies like Toyota, Sony and Panasonic.

In other words, Japan proved that a catchup economy could transform itself into an innovative world leader.

The rise of Japan was followed by Korea, Taiwan, Hong Kong and Singapore. In the 1950s, Korea was poorer than most African countries, but today it is an advanced democracy.

Samsung is a symbol of the rise of Korea. It was founded as a grocery trading store in 1938, trading noodles and other goods. Today, Samsung is one of the world’s most innovative, high-tech companies. Samsung highlights the importance of entrepreneurship and innovation as drivers of the economy.

Following these economies, we saw the rise of Southeast Asian economies like Malaysia, Thailand and Indonesia, as well as China.

A defining characteristic of these economies has been the development of global supply chains (also known as global value chains). These have revolutionised the way that we do business, and also revolutionised globalisation.

And of course, over the past thirty years, we have seen the reemergence of India. India’s development has been unique in that the IT services industry -- sometimes called business process outsourcing -- has been a driving force. India has wonderful companies like Infosys, Wipro and Tata. I am sure that some of you will be working for these companies.

India has also been successful in areas like pharmaceuticals, medical devices, and diamonds.

But a weakness in India’s development has been its inability to exploit its comparative advantage in labour-intensive manufacturing. Overall, manufacturing exports as a share of total exports have fallen.

This weakness is costly for India’s economic growth. India currently has 11 million young and often poorly educated people entering the labour market every year. But India is not creating enough jobs for these young people.

Overall, Asia’s rapid economic development that I have described has been extremely important in that it has led to a dramatic improvement in Asian lives, notably by reducing poverty, including in India.

In sum, before Covid-19 hit, the world was on the verge of an Asian Century.

The world economy is now in a depression with the global economy likely shrinking by 5.0 per cent or more. According to the World Bank, India’s economy might shrink by 9 per cent this year and a further 3 per cent next year.

In short, the Asian Century seems greatly threatened by Covid-19.

There are many specific lessons that we can draw from Covid-19:

-- although countries like India have enjoyed a substantial reduction in poverty, many people still live in “near poverty”, and are being kicked back into poverty by Covid-19. In other words, despite India’s great success in economic development, its economy and society remain fragile and vulnerable, and much greater progress is necessary in its development. The government must also make greater efforts to foster national resilience through effective safety nets.

-- many developing countries still have weak health systems which are unable to cope with Covid-19. India spends less than 4 percent of GDP on healthcare, less than half the share of advanced OECD countries. This is not sufficient, and greater priority must be given to strengthening health systems.

-- many developing countries have very densely populated cities, with large slum populations, where viruses like Covid-19 can spread rapidly. Cities like Mumbai, Kolkata, Chennai and New Delhi are particularly crowded. As our countries develop, we must pay greater attention to the quality of urbanisation, notably through better urban planning.

--  Covid-19 has highlighted the crucial importance of open and transparent democratic governance for managing pandemics, an area where China has failed badly.  But it has also reminded us of the necessity of competent and effective governance.  In this regard, the pandemic has shone a light on shortcomings in the governance of many countries, even advanced ones like the US and the UK.

-- many of the world’s global supply chains are concentrated in China, which has made us highly dependent on China for a whole range of health equipment, medicines and other things. Our business leaders have put too many eggs in the China basket, and we need greater diversity in our supply chains, to enhance our health security. This is where India can play a more effective role, if it could attract more foreign investment to develop stronger supply chains for manufacturing goods.

Countries need to cooperate in a host of ways, like sharing information about the pandemic, learning lessons about the management of Covid-19, cooperating in the research for vaccines and cures, and preparing for the next pandemic -- because there will surely be another one.

In the past, we have relied on the US to lead such international cooperation, as it did very recently for the Ebola crisis, under President Obama. But unfortunately, the US under Donald Trump no longer seems interested in leading the world as it has done in the past.

Today China would like to become the leader of Asia, and a global power. But it is losing trust in many countries, light of its assertiveness in the East China Sea, South China Sea and along the Indian border. It has also lost the trust of many countries due to its initial cover-up of the virus, its disinformation campaign, and cynical mask diplomacy.

Looking ahead, middle powers should take the initiative to play a strong role in global leadership -- countries like India, Australia, Germany, Japan, Taiwan, South Korea, Canada and New Zealand. India and Australia now have a “Comprehensive Strategic Partnership”, and are committed at the highest levels to working closely together.


Restarting the Asian Century after Covid-19

When you graduate in two years time, in 2022, hopefully we will be living in a post-Covid-19 world. And young business graduates like yourselves can play a great role in restarting the Asian Century after Covid-19.

Asia’s great success stories like Japan, Korea and Singapore have shown how rapid development is possible. And India is well placed to follow in their footsteps.

Any country which is behind world leaders like the US and Germany, can enjoy the “benefits of backwardness”. In other words, they can catch up to world leaders by implementing good economic policies.

The recipe is fairly simple:

I would like to say a few words about entrepreneurship. This is why your studies are so important, not only for you, but also your country. Entrepreneurs like you can play an important role in starting new businesses, developing new products and bringing more innovation into the economy. Entrepreneurship and innovation are key to restarting the Asian Century.

And inside India you have many great entrepreneurs.

In the year 2014, I had the honour and privilege of meeting with Mr Narayana Murthy. Mr Murthy is a co-founder of Infosys, and has been chairman, CEO, president, and chief mentor, before retiring and taking the title chairman emeritus.

Mr Murthy has been listed among the 12 greatest entrepreneurs of our time by Fortune magazine. He has been described as the "father of the Indian IT sector" by Time magazine due to his contribution to outsourcing in India.

Meeting Mr Murthy was a great experience for me. He is a brilliant man, a great source of inspiration, and also a very humble man. He has contributed so much to India’s modern economic development.

I would like to close my speech by encouraging you to follow in the footsteps of India’s great entrepreneurs like Mr Murthy, Satya Nadella and the others I mentioned. How can you do that? Please read everything you can about India’s star entrepreneurs. Please try to meet them and ask them a few questions. Please listen to their speeches and interviews on Youtube. In other words, please allow yourselves to be inspired by them.

By doing so, you will be able to make a tangible contribution to restarting the Asian Century after Covid-19.

I would like to finish up by recalling that today as we face the challenge of Covid-19, the world is in the most difficult situation since World War 2.

And all of you, with your Post-Graduate Diplomas in Management, will be very well placed to play a leading role in making an Asian Century a reality. Accept the challenge, make a difference, and make India and the world a better place.

Best wishes for your future!