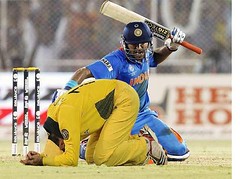 Kama Maclean argues that the appalling treatment of Indians under the White Australia Policy weighs on current ambitions to develop a special relationship between the countries, writes John West.
As China asserts itself more aggressively in the Indo-Pacific region, Australia and India are drawing closer together at the political level.  Indeed, at their Virtual Summit on 4 June 2020, Prime Minister Modi of India and Prime Minister Morrison of Australia affirmed their commitment to strengthening India-Australia ties for the long term, and they committed to elevating the bilateral Strategic Partnership concluded in 2009 to a Comprehensive Strategic Partnership.  This builds on the India Economic Strategy, an ambitious plan to transform Australia’s economic partnership with India out to 2035.

But despite all these good intentions, India accounts for only 3.3 per cent of Australia’s exports, a little more than the Lilliputian New Zealand, and one-tenth that of China.  And for more than five years, Australia’s participation in the key “Malabar naval exercises” with India, the United States and Japan, has been repeatedly blocked by India.

Looking ahead, many Australians believe that the shared history of “cricket, Commonwealth and curry” can help foster closer relations between Australia and India.  But as Kama Maclean argues in her book, “British India, White Australia”, Australia and India had very different experiences of British colonialism.  In particular, the history of the appalling treatment of Indians under Australia’s White Australia Policy weighs heavily over current ambitions to develop a special relationship between the two countries.

A curious coincidence noted by Maclean is that the national days of both countries is 26 January.  But their meanings could not be more different.  In Australia’s case, it commemorates the arrival of the First Fleet of British settlers in 1788.  India’s Republic Day honours the country’s independence from Britain.  On that date in 1950, the Constitution of India came into effect, turning the nation into a newly formed republic.

Indians often delight in pointing out that they are well ahead of Australia in the latter respect.  Australia’s Head of State is still the Queen of Australia, Her Majesty Queen Elizabeth II, whereas India is a truly independent republic.

Maclean’s book focuses on the first half of the twentieth century.  During this period, Indian nationalism and anti-imperialism built up whereas most Australians remained committed to the Empire.  Indeed, there were strong efforts to push Australians into the Indian Civil Service and to take part in imperialism.  While not many made it, R.G. Casey became Governor of Bengal in the 1940s and had personal relationships with Gandhi and Nehru.  After that, Casey became Australia’s foreign minister under Prime Minister Robert Menzies.

At the time of Australia’s federation in 1901, there was already a community of about 5000-6000 Indians living in Australia.  These free settlers came during the last decades of the 19th century, looking for opportunities to work and to establish communities, as part of the Indian diaspora which was spreading throughout the empire at the time.

Australia was widely known in India by the White Australia Policy.  Indeed, it was often referred to as “White Australia”.  Other “white dominions” of the Empire, like Canada, had similar restrictive migration policies.

The White Australia Policy was often justified as a way to protect Australia’s white labour.  But Maclean argues that the Policy had a firm racist basis which was generally supported by the Australian population.

So taking inspiration from Natal in South Africa, Australia implemented a language test to restrict non-white immigration.  Non-white people arriving at an Australian port were subjected to a dictation test to evaluate their proficiency in a European language.

The language was arbitrarily chosen, and was thus not necessarily English, Maclean notes.  This proved to be an impenetrable barrier to non-white immigration, including from India where many actually spoke good English.  Those non-whites who were conceded rights of residency by virtue of residing in Australia prior to federation were granted a Certificate Exempting from Dictation Test.

Life was still difficult for those non-whites who were conceded rights of residency.  It was illegal for them to work in certain industries like sugar, mining, and hospitality, as these were reserved for white labour.  Thus most Indians ended up working as hawkers during the first few decades after federation.

Indeed, Australians in rural areas became heavily reliant on Indian hawkers, who travelled from town to town selling their wares, most of which came from India.  Despite the romantic image that such a life might evoke, it was, in reality, a difficult existence for these itinerants who travelled constantly, according to Maclean.

There were great restrictions on bringing their wives and children to Australia.  This meant that a hawker coming near retirement was usually unable to pass his business on to a son.  It was a fairly lonely existence for many Indian men.  But some married Australian women and settled, and actually became quite prosperous.  Some passed away in country towns, while others returned to India.

Over time, as more independent information about India came to Australia, attitudes would slowly change, Maclean notes.  Australian missionaries and the Theosophical Society had a more sympathetic disposition towards India.  And Australians made donations to help India cope with famines.  At the same time, Australians were unsympathetic to Gandhi and the independence movement, as it was seen as breaking the Empire.

Perhaps the tragic irony of Indians’ plight was that many Indians fought with the British military, and suffered greatly, in the two World Wars.  This irony was made worse in the post World War 2 period when whites from the former enemies of Germany and Italy were welcomed as immigrants into Australia, whereas Indians were not.

Today, the town of Woolgoolga in New South Wales has some descendants from Australia’s historic Indian community.  Indeed, it has the largest regional Sikh/Punjabi population in Australia, which reportedly owns 90% of the area’s banana farms and are also diversifying into blueberries.  The success of this community is enough to demonstrate how much more Indians could have contributed to Australia if the White Australia Policy did not exist.

Maclean’s book provides fascinating insights into a little-understood period of Australian history during which Indians suffered from the White Australian Policy and other forms of discrimination.  But her pessimism about the weight of history on Australia/India relations may be exaggerated.

Migration is bringing India and Australia much closer.  Indeed, while trade relations between Australia and India may be weak, India is now the fastest-growing source of immigrants into Australia, and Indians are probably Australia’s most successful Asian immigrants, as is clearly the case in the US.

Moreover, Australia and Japan have demonstrated the power of reconciliation and shows how countries can come to terms with history and become close partners as Australia and India could become.  And with China becoming an even more problematic neighbour for India, the time is ripe for a strong Australia/India relationship.

All that said, as Australia becomes increasingly immersed in the emerging Asian Century, it is very important that Australians understand much better their history with the region.  And in that respect, Maclean’s book tells a very important story.

This article by John West was first published by the Kootneeti on 22 July 2020.