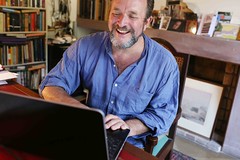 In his new book, The Anarchy, renowned historian William Dalrymple tells the remarkable story of how the East India Company (EIC) managed to replace the mighty Mughal Empire as masters of the vast subcontinent between the years 1756 and 1803.

He argues that the British conquest of India was “the supreme act of corporate violence in world history”. The Mughal Empire was replaced by a dangerously unregulated private company, based thousands of miles overseas in one small office, five windows wide, and answerable only to its distant shareholders.

The EIC was founded in 1599, around the same time that “William Shakespeare was pondering a draft of Hamlet”, writes Dalrymple. At the time, England was a small, poor, agricultural country, while India’s population of 150 million accounted for one-fifth of the world's total. India was the world's industrial powerhouse and leader in manufactured textiles. India's Mughal Emperor was by far the richest monarch in the world.

Like many start-ups, the EIC’s beginnings were modest. Rather than competing with the much more sophisticated Dutch East India Company in the Spice Islands, it turned its attention to India. Trade gradually developed in jewels, pepper, textiles, and saltpetre, and the EIC established bases in Madras and Calcutta. Its founding charter authorised it to “wage war”, and it would evolve from a trading corporation with a security force to a mighty army with a trading division which conquered all of India.

How could the EIC, a band of privateers, successfully conquer India? The arrival and rise of the EIC coincided with the fracturing of Mughal India into many tiny, competing states. Europeans also had an edge, thanks to the military innovations from Frederick the Great. And the invention of the joint stock company enabled the EIC to raise vast sums of money for risky ventures.

But most importantly, the EIC enjoyed great support from the British Parliament. Dalrymple argues that the EIC probably invented corporate lobbying. British returnees from India used their wealth to buy MPs, as well as parliamentary seats for themselves. In turn, Parliament backed the EIC with state power.

As the EIC ultimately accounted for half of Britain’s trade, it became “too big to fail”. The EIC was thus bailed out in 1773 after it went bust when the East India bubble burst following plunder and famine in Bengal. In his Epilogue, Dalrymple argues, “The East India Company remains today history’s most ominous warning about the potential for the abuse of corporate power”.

The “success” of the EIC was far from inevitable, however. In 1780, its regiment had been wiped out. If only the Triple Alliance between Hyderabad, the Marathas, and Tipu Sultan had held together, the EIC would have been completely defeated.

The Battle of Plassey of 1757, where the EIC won control of Bengal, is presented by Dalrymple as a “palace coup”. Bengali bankers paid the EIC more than £4m (about a hundred times that in current terms) to unseat the disliked Nawab of Bengal. The EIC's rule quickly descended into the straightforward pillage of Bengal. Dalrymple reminds us that one of the very first Indian words to enter the English language from India was “loot”.

From 1780, the EIC lived off support from Indian financiers who saw greater advantage in keeping the EIC in power than in supporting Indian groups. In other words, the story of the EIC is also a story of Indian collaboration. India was not conquered by white British manpower, but by Indian troops, who were recruited, thanks to funding from Indian bankers. There were never more than 2,000 British traders in India in this period, most of them in Bengal.

By 1803, when the EIC conquered Delhi, it had a private army numbering nearly 200,000 men — twice the size of the British army — and marshalled more firepower than any nation-state in Asia. It subdued or seized almost the entire Indian subcontinent through a combination of collaboration, coercion, and conquest. This was a commercial entity acting like a nation-state: collecting taxes, administering justice, waging war.

Dalrymple’s story ends with the EIC’s conquest of Delhi in 1803. The EIC’s rule of India would, however, later end badly, when its own army mutinied in 1857 (the “Indian Mutiny” or the “First War of Independence”), leading to a savage war to regain control of its domains and its eventual takeover by the British crown.

Many chapters of the book are filled with details of battles, pillage, and massacres, which makes the text heavy going in parts for readers who might be mainly interested in the big picture. But overall, this is a very important book, and essential reading for anyone seeking a deep understanding of one of the countries which will be a force in the emerging Asian Century.

This article was first published by the Lowy Institute.

- William Dalrymple, The Anarchy: The East India Company, Corporate Violence, and the Pillage of an Empire (Bloomsbury, 2019)