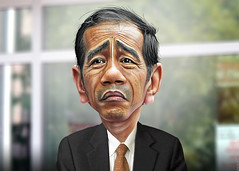 Indonesia -- what the experts say

Here are some views of experts at the recent Australia-Indonesia Business Council conference.
I recently had the opportunity to attend the Australia-Indonesia Business Council (AIBC) Conference 2018: Partnering for Prosperity in a World of Change. Here are some reflections from conference participants, mainly picked up in the corridors, rather than in the formal sessions

Indonesia is an incredibly difficult country in which to do business. Protectionism. Bureaucracy. Corruption. Lousy infrastructure. Poor human capital. Many Australian companies have been stung, usually because of a bad choice of local business partners, and insufficient due diligence.

As Indonesia practices investment protectionism, it is losing out to Thailand, Vietnam and other countries for investment funds.

In theory, Indonesia is deregulating and opening up, but the implementation on the ground is problematic.

Indonesia’s regulatory framework is most difficult in the mining/resources sector. It is a big problem for investors. Enforcement of regulations is uneven. Resource nationalism is a problem.

To operate in Indonesia, companies must understand the whole operating environment. Must be resilient and prepared for regulatory changes, shocks, natural disasters, political changes.

The Indonesian government is now very active in building urban infrastructure. But as Indonesia is also urbanising rapidly, the continued movement of people to towns and cities means that it still has an infrastructure deficit. This is also raising the need for education and skills development, as urban jobs require more skilled workers.

Jakarta has terrible traffic congestion. Next year, Jakarta will have a new metro, "MRT". While this has the potential to improve the congestion, the likelihood is that the metro will end up full of trash and dirty. Indonesia does not maintain its infrastructure.

Indonesia's education system delivers very poor results, in part due to the poor quality of teachers. Indonesia needs to train teachers, and pay them decently, otherwise its education system will remain weak. But this is a major, long-term challenge.

The priority of the first term of President Joko Widodo (“Jokowi”) has been improving Indonesia’s hardware (physical infrastructure). His second term will focus on software (education). But populism and nationalism are rising in the context of Indonesia’s upcoming Presidential elections.

Corruption is still a problem in Indonesia, but the situation is very much better in Jakarta. When officials do seek bribes, you can refuse to pay. Government officials can now live comfortably on their salaries. Public service is tremendously better in Jakarta. But as soon as you leave Jakarta, Indonesia remains as corrupt and bureaucratic as ever. Breaking entrenched systems of bureaucracy and corruption is very difficult.

Indonesia has a certain “democratic energy”. When one local government devises a solution to a problem, and others then jump on the idea as a vote winner.

Bali is the centre of Indonesian tourism. But environmental damage in Bali, and also Sumatra's Lake Toba is massive.

The Indonesian is digitizing quickly. Indeed, Indonesia is attracting capital for disruptive digitalization.

Indonesia leapfrogged from no phones to mobile phones, and may now leapfrog in the financial sector, from no bank account to mobile banking. Only 9 million people have credit cards, and 60% of Indonesians are unbanked. But e-commerce is booming. Finance regulators are still in catch-up mode. Housing construction could also be revolutionized by pre-fabricating houses in factories, enabling them to climate proofed, and then installing/assembling them.

It was suggested to me that the Indonesian economy has been growing much faster than the official statistics of 5% for recent annual economic growth. Lots of foreign capital is moving into Indonesia, but is not picked up by Indonesian statistics. Indonesian entrepreneurship is very strong. There have been four unicorns in the past few years.

The new economic partnership agreement between Indonesia and Australia offers great hopes for the future. But the Australian government’s ill-considered announcement that it is considering shifting its embassy in Israel from Tel Aviv to Jerusalem has thrown a spanner in the works. The signing of this agreement has now been postponed to next year, a regrettable and risky situation with national elections in both countries in the first half of next year.

And even when signed, both governments will still need to implement the agreement through necessary regulatory reform etc. Implementation at the local government level in Indonesia can be problematic. Its civil service desperately needs to shift from bureaucratic compliance and procedure to achieving results.

Australian business also needs to made aware of the benefits of the agreement. The Indonesian economy is not waiting for Australia. We are exposed to great competition from Asian countries like Japan, Singapore etc.

One Australian businessman shared the following anecdote. He had been in Jakarta on business, at the same time as his daughter was in Bali. Upon their returns, he said to her -- “darling, it’s amazing, we were in the different parts of the same country for a week”. She looked at him with an air of astonishment. Apparently, the daughter did not know that Bali was part of Indonesia.

One possible avenue for developing the Australia/Indonesia business relationship is through the countries' education partnership. People-to-people links develop as young Indonesians study in Australia and make friends. As Mark McCormack wrote, people are most willing to do business with people they know and like. Otherwise finding local business partners is challenging.

There are some Australian companies like Steel Blue which have been in Indonesia for over 20 years and are succeeding very well. One of the key secrets is patience. In Asia, everything is different and seems complicated. But most Australian businessmen lack sufficient patience to make things work.

Indonesia gets bad press in Australia. The first sentence in any report is that it is the world's biggest Muslim nation. Australians very narrow minded.

Japanese business is very successful in Indonesia -- motor vehicles, motorcycles, retailers, coffee shops, malls, etc. But they have taken the time to invest and work in Indonesia.

America is now very keen on Indonesia which it is seeking to court in light of its rivalry with China. There are probably lots of US spooks at this conference, masquerading as business consultants.