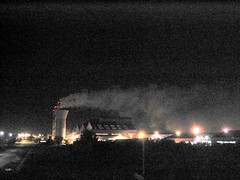 Air pollution is a growing concern across Europe. The World Health Organization has called it the continent’s “single largest environmental health risk,” estimating that 90% of Europe’s citizens are exposed to outdoor pollution that exceeds WHO air-quality guidelines. In 2010, some 600,000 European citizens died prematurely because of outdoor and indoor air pollution, and the economic costs have been put at $1.6 trillion, roughly 9% of the European Union’s GDP.

London and Paris suffer from particularly severe air-quality problems. Nitrogen dioxide levels in some parts of London regularly reach 2-3 times the recommended limit. In the United Kingdom, air pollution kills some 29,000 people a year, putting it second only to smoking as a cause of premature death. Paris may be even worse off; in March, after air-pollution levels surpassed Shanghai’s, the city imposed a partial driving ban and introduced free public transportation.

Sadly, Europe’s policymakers do not seem up to the challenge. George Osborne, the UK’s chancellor of the exchequer, has argued against British leadership in the fight against climate change. “We are not going to save the planet by shutting down our steel mills, aluminum smelters, and paper manufacturers,” he declared in 2011.

Osborne is not alone. With European politicians arguing that introducing environmental safeguards will hurt the EU’s already-weakened economy, it comes as little surprise that measures to limit air pollution fall far short of the mark. The EU’s proposed standards regulating toxic emissions from coal plants are even less strict than China’s, Greenpeace reports. Yet various European politicians have called for watering them down even further, with Hungary suggesting that they be scrapped altogether.

To be sure, air pollution levels in Asia are truly worrisome. The continent is home to nine of the world’s ten most polluted countries, according to Yale University’s 2014 Air Quality Ranking. New Delhi is ranked as the most polluted city on earth, with air pollution exceeding safe levels by a factor of 60. Owing to Beijing’s unhealthy air, foreign companies pay a “hardship bonus” of up to 30% to employees working there.

But at least policymakers in Asia have recognized the problem and are taking steps to address it. China, for example, has declared a “war on pollution.” By 2017, Beijing – once dubbed “Greyjing” by the international media – will spend some CN¥760 billion ($121 billion) to combat air pollution.

At the heart of China’s measures are improved public transportation, green trade, and a revision of the energy mix. The government has decided to install bus stops every 500 meters in city centers, reduce tariffs to 5% or less for a list of 54 environmental goods, and decommission many outdated and inefficient coal plants. The share of non-fossil fuels in primary energy consumption is expected to increase to 20% by 2030. These targets are likely to be rigorously implemented, given strong political support from the very top.

Meanwhile, in India, the state governments in Gujarat, Maharashtra, and Tamil Nadu are about to launch the world’s first cap-and-trade schemes for particulates. India’s Supreme Court even suggested an extra charge on privately owned diesel vehicles in New Delhi.

Other parts of Asia are also taking steps to improve air quality. Vietnam aims to construct eight urban rail lines in the coming years. Bangkok, which has been tackling air pollution since the 1990s, has planted 400,000 trees. And Japan is offering subsidies for hydrogen cars and creating new pedestrian-only areas.

Europe, as one of the world’s wealthiest regions, ought to be at the forefront of the effort to promote environmental sustainability. When it comes to air pollution, however, Europe’s policymakers should stop preaching to others and focus on fixing their own problems.

Asit K. Biswas is Distinguished Visiting Professor at the Lee Kuan Yew School of Public Policy in Singapore and co-founder of the Third World Center for Water Management. He was a founder of the International Water Resources Association and World Water Council.

Julian Kirchherr is a doctoral researcher at the School of Geography and the Environment, University of Oxford.

This article was first published by Project Syndicate, on July 17, 2015.