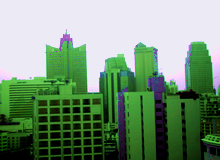 Asit K. Bi Swas and Zhang Jingru share with us their views on China's eco-transition challenge.
Chinese top leader Xi Jinping's instruction on the environmental pollution problem at the Tengger industrial park in Inner Mongolia once again highlighted that when it comes to the environmental protection, China doesn't lack laws but lacks effective law enforcement.

Since the launch of reform and opening-up in 1978, China's GDP has grown by an average of 10 percent a year. But now the Chinese leadership is prepared to sacrifice the high GDP growth rate, to a certain extent, to transform the country's economic development model in order to protect the environment. The leadership says it is time China declared a war on pollution, and the new thinking is slowly permeating to lower-level authorities.

One of the first steps was to reform the environmental law. After two years of debate, the 1989 Environmental Protection Law was amended for the first time in 25 years to improve supervision and ensure that violators do not go scot-free. Before the amendment, the law was not tough enough to curb pollution, because the cost of compliance was often much higher than fines to be paid for violations. In some extreme cases, the fines were even less than the government's administrative cost for collecting them. These created the wrong incentives for industries.

The amendment law will come into force from Jan 1, 2015, but its effectiveness will depend on how pollution is monitored and the rules are enforced.

The absence of cost-effective technology and trained manpower, however, could be one of the major problems in enforcing the law. For example, laws and regulations are in place for controlling vehicle emissions but no technology is available for detection. As a result, vehicles with high emissions still ply the road.

The same is true for water quality. The number of quality indicators to be monitored has increased from 35 to 106, but not enough attention has been paid to facilities and technical capacities at the local levels. For instance, are there properly equipped laboratories and trained people across the country to accurately and timely monitor all the 106 indicators? Are there enough experts in the country to analyze and interpret the collected data? These are important issues that are yet to be addressed.

In some cases, action cannot be taken even after a violation is detected because of the shortage of personnel in government departments. Take air pollution, for example. The Beijing environmental protection bureau needs to deal with more than 5,000 complaints a year, but its current capacity in terms of trained personnel is far from enough to look into all the complaints in detail and pull up companies flouting environmental rules. Also, many companies are reluctant to allow environmental inspection; often inspectors face verbal assaults. So, sometimes officials are forced to seek the help of local police. This culture can be changed if the authorities take prompt and regular action against such companies.

Besides, not all environmental issues are receiving equal attention. Much of the focus seems to be on air and water pollution because it can be readily felt. By the end of 2012, says China's Law Society, 344 provincial and city level stations had been established to monitor pollution, mostly air and water pollution. But other forms of pollution - such as soil and noise pollution - get much less exposure in the media even though they could pose bigger (and/or long-term) threats to human health. For example, a nationwide survey on soil pollution in April 2014 indicated that 20 percent of China's farmland is contaminated by heavy metals. This has major food safety and human health implications.

Statistics from an environmental agency in Shanxi province show that as much as 40 percent of environment-related complaints are against noise pollution. In Shanghai, the figure is much higher, 48 percent. High-decibel noise from the streets is considered most annoying. Such noise could emanate from traffic or social activities, such as loud music that accompany street dancing by senior citizens. But not enough decibel monitors have been installed to detect the real noise levels, and residents' complaints are now the main way to identify sources of noise pollution.

The regulations on waste disposal are also a cause for concern. China is the final destination of 70 percent of global electronic waste such as batteries and mobile phones. This is not only because of the low labor cost in China, but also because of the lack of strict environmental laws to effectively dispose of such hazardous wastes. Again, the problem of waste management surfaces only when a serious incident takes place.

At the macro-policy level, China has indeed taken all the right moves. But how well these policies will be translated at the micro levels will depend on how well they are implemented. As the old English saying goes, the devil is in the details.