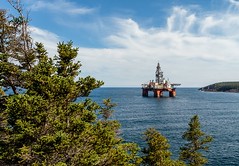 Indonesia is wasting its energy future

Indonesia is squandering its energy future writes John West.
Indonesia is blessed with an immense endowment of energy and other natural resources. But while oil, natural gas and coal have been important sources of export revenues, Indonesia's economic development lags way behind countries like Japan, Korea, Taiwan and Singapore which have virtually no energy resources. Moreover, Indonesia has been mismanaging its energy gift, and looking ahead, it is heading towards a future of energy insecurity, unless it exploits its huge potential in renewable energy.

Indonesia has a long history of oil exploration and production, as the International Energy Agency (IEA) has written.(1) But the nation's oil production peaked in 1991, and has fallen by some 40% since 2000. And with oil being Indonesia’s primary source of energy, consumption has increased in tandem with Indonesia's economic growth in recent decades. Consumption was also boosted by an ill-conceived oil consumption subsidy which has now been substantially dismantled.

The net result is that this former oil exporting nation has been a net oil importer since the year 2004, with a growing dependence on imported crude, and hence energy insecurity, only set to continue.

The fading glory of Indonesia’s oil industry is only matched by its growing dependence on imports of refined petroleum products. Ageing refineries, with a limited refining capacity, mean that Indonesia must import over 40% of all oil products, notably from Singapore, a country which does not even produce one drop of crude oil.

Indonesia was the world's largest supplier of natural gas (LNG) for three decades until it was overtaken by Qatar in 2006. But despite this proud history, Indonesia’s natural gas industry may be following the same path as its oil industry. As domestic demand grows and production declines, the IEA predicts that Indonesia will become a net importer of natural gas in the mid-2030s. (2)

In this country so dominated by the island of Java, Indonesia’s oil and gas production mainly comes from Sumatra, East Kalimantan and Papua, which means that the country faces a great infrastructure challenge getting energy from production sites to consumers within the country.

Indonesia’s fading from the international energy scene is having major effects on the economy, as other sources of export revenues will have to be developed. But the country’s energy future does not have to be so bleak. Indonesia suffers from a lack of serious oil and gas exploration activity. And advanced technologies could also enhance extraction from existing production sites.

Indonesia’s energy sector is weighed down by the large role played by state-owned enterprises (SOEs) like Pertamina (US’s Chevron and France’s Total are also major players in Indonesia oil and gas sector). SOEs typically suffer from corruption, mismanagement, and poor technology and human capital. Further, while they function as corporations, they can be lumbered with political mandates by the government. The poor financial state of many SOEs also restricts their capacity to invest. The Ministry of Energy and Mineral Resources, the most important ministry for Indonesia’s energy future, also has a reputation for mismanagement and corruption.

The country needs to attract more private investment in its oil and gas sector, especially from foreign investors which can bring finance, technology and technical expertise, as McKinsey has argued.(5) But investors are deterred by the complicated and uncertain regulatory framework, price controls, poor infrastructure and corruption. Indonesia needs to offer oil and gas exploration and development incentives to private investors in the hope of making some big discoveries. It also needs to invest in oil and gas research and development, but it has too few graduate able to become oil and gas industry professionals.

Since 2012, Indonesia has been the world's leading exporter of coal, and is one of the world’s leading coal producers behind China, the United States and India. Coal is now Indonesia leading source of export earnings, well ahead of palm oil. But the Indonesian coal industry has been hit by the slowdown and overcapacity in the international coal market, following the passing of Super Commodity Cycle.

Indonesia's coal industry benefited from Indonesia’s democratisation and the decentralisation of government, bringing greater regional autonomy to the coal mining sector. At the same time, local communities have started demanding greater benefits from the mining industry, increasingly calling for companies to be more transparent and promote better social and environmental outcomes. This is starting to affect the development of Indonesia’s mining sector.

Indonesia’s coal industry is having disastrous effects on the environment through degradation of farmland, wetlands, streams and forested areas. Water discharged from coal mines is often contaminated with heavy metals, salts and solids. While coal loading and transport operations spread coal dust resulting in a human health disaster in Sumatra and Kalimantan, which have the most significant coal resources. And this is exacerbated by the thousands of illegal and semi-legal coal mining operators which are even less respectful of environmental regulations.

Indonesia’s energy-related carbon emissions are also rising fast, putting at risk its international commitments. It is already the world's sixth-largest CO2 emitter. At the same time, Indonesia is highly vulnerable to the effects of global warming, as a tropical archipelago with an extensive coastline and significant dependence on agriculture and natural resources. The Asian Development Bank estimated that the economy-wide cost of climate change in Indonesia could reach between 2.5% and 7% of gross domestic product (GDP) by 2100.

Indonesia’s energy future should be in renewable energy, where it has immense potential, even if most resources are located far from demand sources. The country has some 40% of the world's geothermal reserves, and lots of biomass, hydro and solar potential. But most regrettably, Indonesia is currently exploiting very little of its renewable energy capacity. Rather, it is putting its focus on more coal, which will only worsen carbon emissions and local air quality.

The main renewable energy now being used is biofuels and waste biomass. Some 100 million Indonesians still rely on biomass for cooking (down from 180 million in 2004) resulting in serious health risks from indoor air pollution. Efforts to scale up renewable energy use, particularly geothermal energy, are constrained by implementation challenges, lack of capacity, environmental issues, permitting delays, and a history of low energy pricing.

On January 25, 2017, Indonesian Minister of Energy and Mineral Resources Ignasius Jonan stated, “Indonesia is resolved to increasing its new and renewable energy mix to 23 per cent in 2025 in line with its commitment to reducing its greenhouse gas emissions it had made during the COP 21 conference in Paris in 2015”. However, according to a International Institute for Sustainable Development report, this is not credible.(4) On the contrary, increases in electricity production are coming from coal, while the share of renewable electricity production has remained relatively static.

4 International Institute for Sustainable Development, Global Subsidies Initiative (2018). Missing the 23 Per Cent Target: Roadblocks to the development of renewable energy in Indonesia.
https://www.iisd.org/sites/default/files/publications/roadblocks-indonesia-renewable-energy.pdf