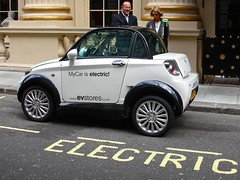 The transformation to a greener future through electric vehicle adoption will require a steadfast policy commitment, but many countries are some way down the road, Asit K Biswas and Kris Hartley write
In early 2018, the Trump administration reversed an Obama-era ban on oil and gas drilling in coastal waters of the United States, to the chagrin of environmental groups and many state governors. Only months prior, the Environmental Protection Agency had rolled back regulations on greenhouse gas emissions from power generation.

These abrupt policy shifts, in the only country refusing to sign the Paris Agreement, are ideological outliers in a world planning for a clean energy future.

As global governments increasingly acknowledge that technological change and market signals are harbingers of long-term transformation from a fossil fuel dependency to an economy driven by green energy, the United States, in a fit of ethno-populism, is abdicating its global leadership on environmental and economic issues.

In many countries, policy initiatives to address climate change are growing stronger and more decisive. In July 2017, Britain and France announced plans to ban gas and diesel cars by 2040. China is aiming for 20 per cent of cars sold in the country to be powered with alternative fuel by 2025, and has introduced a subsidy scheme for development of electric vehicles having longer-distance ranges. Given the power of entrenched economic interests, such bold initiatives would arguably be politically infeasible in the United States.

Rapid growth in electric mobility, supported in large part by advancements in battery technology, prompted The Economist to predict the death of the internal combustion engine.

Indications are that this transformation is already underway. Norway is a leader in electric vehicle adoption, with 29 per cent of the country’s new car registrations in 2016 either fully electric or plug-in hybrids. Other countries with significant electric vehicle market share are the Netherlands (6.9 per cent), Sweden (3.4), and China, the UK, and France (1.5).

All new passenger cars and vans sold in Norway from 2025 have to be zero emissions vehicles. The UK plans to ban sales of new gasoline and diesel cars by 2040, and, by 2050, all cars on roads must have zero emissions. France will only allow the sale of cars that run on electricity or other cleaner fuels by 2040. At least 10 other countries, Austria, China, Denmark, Germany, Ireland, Japan, Netherlands, Portugal, Korea and Spain have now announced electric car sales targets.

China is currently the leading country for sales of electric vehicles. In 2016, 507,000 such vehicles were sold in China, representing nearly 45 per cent of total global electric car sales. Beijing alone plans to spend over RMB 400 billion to subsidise sales of new electric vehicles between 2015 and 2020. The subsidies will be phased out by 2021.

China plans to manufacture seven million battery and hybrid cars by 2025. Goldman Sachs estimates that by 2030, China will account for 60 per cent of global sales of all new energy vehicles.

These and other cases are evidence that technological advancement and electric vehicle-friendly policies are threatening once dominant and stable sectors like oil and industries related to internal combustion.

OPEC and energy giant Saudi Aramco have expressed concern about the disruptive potential of electric vehicles and ride sharing to reduce oil demand. Norway recently acknowledged that its sovereign wealth fund, built in large part on the country’s own oil revenues, might divest from international oil assets; this is a sign of the shifting tectonics in how legacy energy sectors are financed.

Companies and countries with a large stake in legacy energy sources have good reason to be concerned, as many analysts are optimistic about the proliferation of alternative energy technologies.

For example, one scenario proposed by IMF researchers anticipates that motor vehicle ownership could decline by 90 per cent between 2018 and the early 2030s, assuming that electric vehicle pricing falls to a plausible threshold level of US $35,000. Bloomberg New Energy Finance predicts that over half of all new car sales in 2040 will be electric vehicles.

While such optimism is based in part on existing trends in electric vehicle adoption, it is important to note that government subsidies like tax credits and exemptions are playing a significant role.

Subsidies can be necessary during the early period of adoption, but acceleration in electric vehicle sales could be a longer-term burden on government finances. China reduced subsidies by 20 per cent in 2017. This resulted in a sales slump but may also precipitate a “shakeout” of less successful manufacturers.

Electric vehicle adoption is also constrained by sluggish evolution of consumer behaviours in traditionally car-dependent societies, even amidst eager policy inducements. The industry will eventually need to survive on its own.

Furthermore, electric vehicles are not a panacea for reducing pollution, as emissions shift from the spot-level (individual automobiles) to power generation facilities.

For example, claims about “zero-emissions” buses can be misleading, as the power that drives them must be generated elsewhere, transferred, and stored. This is problematic given that a majority of the world’s electricity is still generated from polluting, non-renewable sources like coal, oil, and natural gas.

As developing countries accelerate adoption of clean energy technology, they have an opportunity to leapfrog fossil fuel-based systems on the path to cleaner technologies, without undertaking costly investments in legacy technologies.

While currently lagging China in electric vehicle development, India appears to be prioritising a car-light future through commitments to renewable energy and electric mobility.

Like many developing countries, India must contend with ravenous demand for cars from an increasingly wealthy population. Shaping emerging demand through policies, urban design, and market offerings is crucial.

In pursuing an energy mix that reduces the use of fossil fuels, planning for an interim transition is as important as conceptualizing a new future. Until broader changes to infrastructure and energy systems can be realised, changes in consumer behaviour can provide marginal gains in energy savings.

For example, Singapore recently introduced an electric car sharing service that is integrated into existing public transportation infrastructure. In India, Uber is partnering with a domestic automaker to integrate electric vehicles into the ride-sharing market. Meanwhile, China is deploying electric buses in major cities, addressing both energy and car adoption.

In cities of developing countries, where the 21st century’s greatest population growth will occur, time-tested options like public transit and congestion charges can also serve as bridge policies to orient citizens towards more sustainable habits.

Governments must take a multi-pronged approach that has both the long and short-term in mind. The bridge to 21st-century energy sustainability has an express lane for electric cars.

Asit K Biswas is the Distinguished Visiting Professor, Lee Kuan Yew School of Public Policy. National University of Singapore, Singapore. Kris Hartley is a Lecturer in Public Policy at the University of Melbourne and a Nonresident Fellow for Global Cities at the Chicago Council on Global Affairs.


This article was originally published by POLICY FORUM, February 19, 2018.