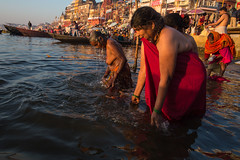 Delhi is a quintessential example of India's urban water mismanagement, write Asit K. Biswas, Udisha Saklani and Cecilia Tortajada.
Under the auspices of Singapore International Water Week, some 200 water utility leaders are meeting in Singapore this week to discuss how best their performance can be optimised by sharing knowledge and experience.

This is an important consideration, especially for rapidly growing Asian urban centres.

Delhi's current population is 14 million. It will have 11 million more residents by 2030. This additional population in little over one decade means adding a new megacity on top of an existing megacity. Unless the city's water management policies improve dramatically, its water future is grim.

Consider Delhi's recent water policies, both under the current Aam Aadmi Party (AAP) and the earlier Congress Party. They have been unsustainable and unable to provide reliable sources of drinkable water to its residents.

In 2015, AAP promised 20,000 litres of free water per month per household. Assuming a household of five members, it means each person should receive 130 litres per day. In 2016, the Delhi Jal Board (jal means water) responsible for the city's water supply estimated total distribution losses of around 40 per cent due to leakages and theft. Consequently, Delhi must produce daily 182 litres per person so that individuals can receive their allotted 130 litres. There is not enough water to make this political promise feasible. Nor has the board the financial wherewithal to give all this water free.

Even this 130 litres target is totally arbitrary. A person can live a perfectly healthy life with 75 litres per day. In many European cities, such as Malaga or Leipzig, per capita daily water consumption is now 92 litres or less. In contrast, in Delhi, people in high-income households use up to 600 litres.

Anyone who has ever lived in or travelled to Delhi during monsoon months can testify to its water-clogged roads and overflowing drains. How can a city with so much rain suffer from serious water scarcity?

The answer is gross mismanagement of water for decades.

Compare Delhi with Singapore. In 1965, Singapore and Delhi had similar water issues. Now Singapore has become one of the world's best cities for water management by expanding its water sources through water reuse, desalination and storm water storage, and significantly reducing water losses to less than 5 per cent. Meanwhile, Delhi has continued to suffer from policy impasse and poor management. It now stands well behind even other third world cities such as Phnom Penh, Windhoek or Manila.

Delhi is facing a serious water crisis despite consistent big political promises, irrespective of whichever party is in charge.

Yet, Delhi's present and future water problems are manageable. It will require a new mindset from politicians, bureaucrats, public and the media. As a first step, the Delhi government should implement its promise of providing adequate wastewater treatment facilities so that treated wastewater can be consistently reused. This would benefit both industries and households.

Currently wastewater treatment facilities are highly inadequate and their management is abysmally poor. According to the Central Pollution Control Board almost 40 per cent of untreated sewage daily either seeps into the ground or is discharged into Yamuna River. Lack of knowledge, capacity, expertise, or even funds, are not the reasons for Delhi's mounting water problems. What has been consistently missing is political will and a sense of urgency to solve the crisis.

Delhi's water sector has faced a myriad of institutional challenges. Its chief executive is always an IAS officer having a term of between 18 to 30 months unless the person is transferred earlier on flimsy political grounds. Within this short duration, the CEO must first invest time in developing sector-specific knowledge and skills, and conceive executable programmes to improve the existing water management practices and plan for the future. Water issues can only be solved over the long-term.

Water utilities in cities such as Delhi should be made autonomous institutions. They also must have strong political support, not political interference. The current CEO of Delhi Jal Board, Keshav Chandra, is an unusually competent individual, one of the best in the world. If DJB is made an autonomous corporation with limited political interference, and he is given six to eight years' tenure, some 60 per cent of Delhi's water problems will be resolved.

With a good CEO, there is good news. The board has installed water ATM's which dispense clean drinking water at significantly lower costs than bottled water. With aggressive social media advertising, these ATM's are now popular.

The concept of constructed wetlands has been introduced which features artificial wetlands of plants that absorbs pollutants. The plan is to clean an eight-km long wastewater drain that now dumps polluted waters into the Yamuna River. If proven successful, it can be replicated in other Indian cities.

Delhi is a quintessential example of what is wrong with India's urban water management. An expanding urban population, with an exploding middle class, implies more growth, more economic activities and more consumption.

Demand for basic infrastructure has outstripped management and institutional capacities, budget available, and pace of urbanisation, industrialisation and commercialisation. Under such conditions, the city must have strong water institutions, innovative policies, public participation and a strong and objective media which can hold government to account whenever necessary.

With proper water management, Delhi can have a 24x7 reliable supply of safe water. With strong political will and commitment and a proper policy framework this can be achieved within a decade.

This article was first published in the BUSINESS TIMES on July 18, 2017.