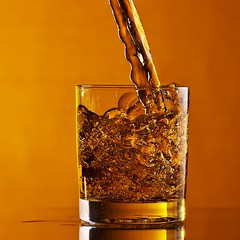 Asit K. Biswas and Cecilia Tortajada argue that we need a real debate on the rights and responsibilities of consumers regarding water.
Singapore’s decision to raise water prices after 17 years is to be applauded. Studies show that pricing can affect behaviour, and there is strong evidence to suggest that under-priced or free water leads to very inefficient uses of water, including increased wastage.

Take the case of Doha, the capital of Qatar, where water is free. The average daily water consumption of residents is 1,200 litres.

In Singapore, domestic water consumption per capita is 151 litres, which is still relatively on the high side. According to the World Business Council for Sustainable Development, humans need a minimum of two litres of drinking water per day to survive.

Water should be priced accordingly to provide a sustainable financial model for the proper operation, maintenance, updating and construction of new facilities for water and wastewater treatment systems.

Concurrently, poor families should receive targeted subsidies so they have access to reliable water supply and wastewater treatment services. The subsidies could start, for example, when the water bill of a household exceeds 2 per cent of its income.

Later this month, the Pope will take part in a discussion with some of the world’s leading water experts, theologians and development specialists from different religions to discuss water as a human right.

In 2015, the Pontiff issued a papal letter to all bishops of the Roman Catholic Church on the environment and human ecology, addressed to “every person living on this planet with the expectation of entering into dialogue about our common home”.

In this historic document, the Pope asserted that “access to safe, drinkable water is a basic and universal human right, since it is essential to human survival and, as such, is a condition for the exercise of other human rights”.

“Caring for ecosystems demands farsightedness, since no one looking for quick and easy profit is truly interested in their preservation. But the cost of the damage by such selfish lack of concern is much greater than economic benefits to be obtained,” he added. This is a fresh and candid view that contrasts with the obfuscations of the international community during the last four decades.

In 1977, United Nations agencies, including the World Health Organization and the United Nations International Children’s Fund, as well as multilateral development banks, coined the term “improved sources of water”.

The main problem with this description is that it has absolutely no relation to the actual quality of water.

The interchangeable use of the phrase “improved sources”, with the words “clean” and “safe”, obscures the real objective, which is to provide the world’s population with clean water safe to drink straight from the tap.

Thus, in 2010 the United Nations declared that between 1990 and 2015, 2.6 billion people gained access to “improved drinking water sources”, and 2.1 billion gained access to improved sanitation.

In addition, more than 320 million people living in slums had gained access to “improved water sources” and improved sanitation facilities, to achieve — five years ahead of target — one of the Millennium Development Goals, namely, to halve, by 2015, the proportion of the population without sustainable access to safe drinking water and basic sanitation.

Ironically, the same international organisations currently claim that “only” 663 million people do not have access to safe water.

The reality, however, is very different. At the very least, some 3.5 billion people in the world do not have access to water that is safe to drink, a figure that is more than five times higher than what is purported to be the case today.

Take South Asia, with a population of nearly 1.7 billion people, where not a single city, town or village can claim that its population has access to safe drinking water.

Over the past 20 years, socio-economic development has resulted in two unusual phenomena that shape the way we view water as a drinking source.

First, developed countries, from Western Europe to the United States, and Japan to Singapore, are turning to bottled water. Increasingly, people are not drinking water from the tap for various reasons, including aspirational ideals when households want something “better” to suit their lifestyles. The use of bottled water in developed economies has skyrocketed, even though it often costs 1,000 times more than tap water, and both are safe to drink.

More and more, people in the developed world are also using expensive point-of-use treatment systems, such as water filters, to process tap water that is safe to start with.

When asked for the reasons they do not drink water straight from the tap, three in four said they are not sure about the quality of the water, and roughly one in four said they either did not like the taste or the smell of tap water.

Interestingly, the majority of respondents — 84 per cent — had never had their tap water tested. Additional research is needed to understand why perceptions and attitudes to drinking tap water are not commensurate with the quality of the water.

Second, developing countries have experienced a deterioration in the quality of their water supply, especially in urban cities.

Whereas cities like New Delhi used to rely on simple water treatment systems such as filters, governments are now using more complex and expensive systems and technology such as reverse osmosis, which was developed for sea water desalination purposes. The problem with such systems, such as reverse osmosis, is that up to 80 per cent of the water treated is wasted, and its quality leaves much to be desired.

Hence, the cost of treating water to make it safe to drink has shot up. Governments, however, struggle to factor in the real cost of providing safe drinking water to residents. This is partly because of the misguided notion that water, as an essential commodity, should be provided free of charge or at highly subsidised rates by governments.

Other critical services, such as the provision of healthcare and food, also fall in the same category.

As the world grapples with the dual problem of climate change and shrinking water sources, policymakers are beginning to realise that there has to be a real debate not only on what the rights of consumers are when water is accepted as a human right, but also their responsibilities.

As the poet W H Auden said: “Thousands have lived without love, but no one without water.”

This article was first published by TODAY, on February 20, 2017.