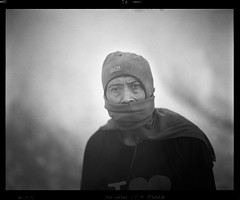 Indonesian Haze: A Way Ahead

Indonesia’s neighbors need to rethink their approach write Asit K. Biswas and Cecilia Tortajada.
Over the last five decades the problem of transboundary air pollution due to the southeast Asian haze has become ever more serious. During the 1960s and the 1970s, the problem did exist. However, it was minor and thus did not receive much attention in the countries that were affected by it. It was neither a political nor a social issue, and did not attract any serious media attention.

The situation began to change in the late 1980s, and by the first half of the 1990s, transboundary haze problems could no longer be ignored. As the area under palm oil cultivation increased dramatically during the 1990s and the post-2000 periods, it became an important public policy issue in Malaysia and Singapore. The environmental, economic and health impacts of the transboundary haze are now very serious, and have also become important public and media concerns. These cannot longer be ignored.

Indonesia is the country that suffers most from the haze. It is also the country which benefits the most because of the palm oil production. The benefits palm oil brings to the country in terms of export earning, employment generation and providing livelihood for millions of its households are substantial. In contrast, countries like Singapore and Malaysia receive no benefits but pay heavy costs due to the haze that originates in another country over which they have limited influence.

Because of the lopsided distribution of benefits and costs, views and perspectives of Indonesia and the haze-affected countries have often differed. Harsh words have been exchanged in recent years between the politicians of these countries. This antagonism and frustration, though understandable, is unlikely to improve the situation.

Any lasting and long-term solution will have to start with the fact that Indonesia will not only have to continue with the production of palm oil in the future but also will have to increase it substantially. Politically and economically Indonesia has few other viable alternatives to maintain and generate additional employment in rural areas for its steadily increasing population, all aspiring for a better standard of living in the future.

The future solution to expanding palm oil production, but with a significant reduction in the current haze levels in Indonesia and its neighbors, will lie in where the expansion takes place and how well the production processes are managed in terms of their environmental footprints, especially in terms of the generation of smoke, based on the best available knowledge and information. For example, if the peatland in Sumatra and Kalimantan can be properly protected, it could reduce future emissions by some 60 percent compared to current practices. This could reduce smoke concentration levels by a factor of three in Singapore.

Similarly if the current moratorium on new concessions in peatland and primary forests can be maintained, it could reduce emissions by 10 percent. Another 35 percent reduction would be possible by limiting expansions on all peat and forest lands.

Thus, solutions do exist which could enable Indonesia to expand its palm oil production significantly up to 2050, and concurrently reduce smoke generation very substantially. This would require that future expansions be carefully planned and managed, which would enable the country to double its palm oil production and also reduce the existing levels of transboundary haze. This two-pronged policy strategy is most certainly achievable and will benefit both Indonesia and its neighbors.

In order to make progress in solving this complex and recurring annual challenge, it is imperative that the Indonesian public and policymakers be convinced beyond doubt that haze is bad for them. This will require credible and objective evidence. Even though the haze has been around for decades, currently no reliable estimates are available as to the costs to Indonesia in terms of health, loss of productivity or impacts on foreign direct investment. Foreign investors may decide to avoid the country out of concern not only with macroeconomic conditions, inadequate infrastructure, effectiveness of legal systems and traffic congestion, but also because of extensive air and water pollution. A young and expanding population means the country will have to generate hundreds of thousands of new and well-paid jobs each year. This will require sustained FDI inflows. This effort will be seriously compromised unless environmental and economic conditions are substantially improved. External political pressure alone to address such concerns will be limited without greater public awareness of the problems in Indonesia.

The policy battlefield needs to move from the banquet tables of regional summits to the hearts and minds of the Indonesians. Winning their support for stricter regulations and enforcement is a two-step strategy. First, an effort must be made to gather data and generate robust evidence about the domestic health, economic and environmental impacts of the Indonesian haze. Second, the findings must be expressed in an easily understandable way and disseminated widely through the media and other conduits. This should not be a one-off publicity push, but rather a sustained awareness initiative that targets the general public and enlists the support of advocacy groups, NGOs, and ultimately (through domestic political pressure) government officials.

Public understanding of the haze crisis in Indonesia should be as common as basic literacy, and at least as embedded as the public’s knowledge of common health and safety issues related to smoking, pesticides and sanitation. This may not produce the instant solution that many believe would result from aggressive diplomatic actions like boycotts and sanctions, but haze mitigation interventions would be far more durable across political cycles because increased awareness often leads to deeply rooted interest in a policy issue. Indeed, an educated Indonesian public may prove to be the most powerful force for change needed to manage the haze effectively in the coming decades.

Asit K. Biswas is Distinguished Visiting Professor at Lee Kuan Yew School of Public Policy, National University of Singapore; Cecilia Tortajada is Senior Research Fellow at the Institute of Water Policy, in the same School. This article was first published by The Diplomat on August 18, 2016.