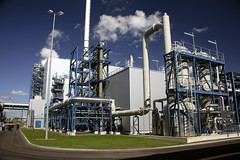 The Chinese Government's environmental efforts give cause for cautious optimism, write Cecilia Tortajada and Asit K. Biswas.
On Tuesday, the State Council, China's cabinet, released a timetable to deal with the country's severe soil pollution, which is another important step in the fight against pollution.

Until recently, China's development model followed that of Western countries, being focused on development first and taking care of pollution later, and it did not give enough attention to protecting its environment.

And as China's development has been much quicker than that of developed countries, the contamination of its air, water and soil is greater compared to other major countries in terms of per unit of product manufactured.

In terms of food security, surveys conducted by the Chinese Ministry of Environmental Protection and the Ministry of Land and Resources between 2005 and 2013 found that 20 percent of arable land was unfit for food production because of serious contamination by heavy metals. This is primarily because of the inadequate treatment and disposal of industrial and mining liquid wastes. The food that could have been produced from this loss of productive land could support the entire population of Australia.

Similarly, higher standards of living, rapid urbanization and inadequate policy attention have meant that the generation of urban municipal solid waste increased by 3.1 percent per year between 2001 and 2012. In contrast, in the United States, during the same period, it increased by only 0.2 percent per annual.

In addition, according to official statistics, 10.4 percent of grasslands, 11.4 percent of unused land and 10 percent of woodlands in the country are severely polluted.

At the same time, air pollution is already a serious problem in all China's mega cities. It is estimated that 1.6 million people prematurely die each year in China due to air pollution. Several CEOs of Fortune 500 companies have mentioned that they face serious problems in recruiting good international staff to work in China because of concerns about the air pollution. Over the long-term, unless this situation changes, it may affect the level of foreign direct investment in China.

And that is not all. In April 2016, the Ministry of Water Resources reported that samples from 2,103 groundwater wells in the country's heavily populated eastern watersheds are seriously contaminated. Some 32.9 percent of the samples were suitable only for industrial and agricultural use. Another 47.3 percent of samples were unfit for any type of human consumption. This means 80 percent is unfit to use for domestic purposes.

The severity of the air, water and soil pollution have also resulted in increased social costs.

However, the extensive media coverage of environmental pollution has been beneficial. Such coverage and the public concern ensured pollution issues have remained high up the political and economic agenda in recent years. China's leadership has repeatedly stressed the importance of the "war on pollution".

In 2010, China's expenditure on combating pollution was 2 trillion yuan. By 2015, it had more than doubled to 4.5 trillion yuan, nearly 40 percent of which was to combat water pollution.

In 2014, 1,188 pollution control criminal cases were brought to court: 7.8 times the number of such cases the year before.

These are all encouraging signs.

And because of these developments, we are cautiously optimistic that over the next one to two decades, China will be able to halt and reverse its environmental pollution.

Cecilia Tortajada is senior research fellow at the Institute of Water Policy of the Lee Kuan Yew School of Public Policy, National University of Singapore; Asit K. Biswas is distinguished visiting professor at the same School.

This article was first published in the China Daily on June 3, 2016