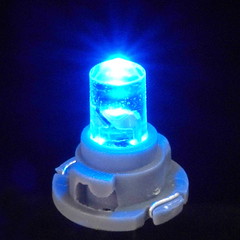 How India can achieve energy efficiency, one LED bulb at a time by Mukul Asher and Keya Chaturvedi
The Indian government recognises that systematically integrating energy efficiency and security in its development and diplomatic strategies is essential to expand India’s economic and strategic space. On April 23, 2016, India signed the Paris Climate Act and announced plans to increase renewable power capacity to 175 gigawatts (4 times current capacity) by 2022 as part of the government's plan to supply electricity to every household. India seeks to add 100 gigawatts (GWs) of solar (photovoltaic) capacity, 60 GWs of wind power, 10 GWs of biomass and five GWs of hydro projects. India hopes to source around two-fifths of its electricity from renewable and low-carbon energy sources and to reduce its emissions intensity, i.e. ratio of carbon emissions per unit of GDP, by around a third by 2030.

India in partnership with France has established the International Solar Alliance (ISA), with over one hundred members, to harness the potential of solar power and to facilitate global investments in this sector. It will be based in Gurugram (formerly Gurgaon) in Haryana, India. India has contributed USD 30 million, and the Alliance aims to raise USD 400 million from membership fees and international agencies. This will be leveraged to generate investments in solar industry globally from many sources.

The LED Bulb and UJALA Initiative:

The Indian government has undertaken various initiatives aimed at reducing the cost of electricity and increasing its access. A national program for household LED bulb distribution under the UJALA (Unnat Jyoti by Affordable LEDs for all) program has been implemented in January 2015. As lighting accounts for an estimated 20 per cent of total electricity consumption in India, a shift to LED-based lights for domestic and public use could result in significant reduction in electricity utilized for lighting. Therefore, the government aims to replace 770 million incandescent bulbs across India with energy- efficient LED blubs. It is estimated that 20 gigawatts will be saved with this switch by 2018 — enough electricity to reduce annual electricity bills by as much as $5.9 billion.

The importance of using efficient lighting to help minimize the impact on the environment is due to 25% of all energy being generated on the planet used for lighting. At a time when global energy resources are in decline and addressing climate change is a global priority, use of better, cheaper, and more efficient ways of lighting the world has become essential. LED lighting technology is one method to reduce energy used for lighting.

LEDs have a superior lifespan relative to it substitutes, lasting up to 15-35 times more than halogen-based, and around 80 times more tungsten-based bulbs LED bulbs are also more efficient than their substitutes, as they do not experience so-called ‘catastrophic failure’, wherein the bulb could explode or not produce any light. Instead, LEDs slowly lose their light output, often unnoticed to the human eye.

The science behind LEDs is as follows. Electricity is used to heat up tungsten filaments in halogen light bulbs which produce light when the filament reaches a certain temperature. LED lights on the other hand produce light by running an arc of electrical current between electrodes. As expected, most of the energy that goes into lighting a Halogen bulb is given off as heat and only about 10 percent is converted to light. The corresponding ratio for LEDs is 80 percent. LEDs are also a much safer alternative to their conventional counterparts as they are contain no harmful substances and less likely to blowup.

UJALA is implemented and monitored by the Energy Efficiency Services Limited (EESL), a profitable public sector company. Data from its most recent Annual Report suggests that EESL’s total revenue increased nearly three-fold from INR 264.4 million in 2014 to INR 710.1 million as of March 31 2015. Over the same period, EESL declared a profit before tax of 135.7 million, and proposed dividend of 27.1 million.

The mass adoption of LED blubs is primarily due to it low life-time costs and its consequent efficiency. Through the UJALA program, LED blubs are procured at INR 78 per piece, significantly lower than the current retail price of INR 300-350 apiece; which is in turn was much lower than the 2014 retail price of about INR 600-700 per piece. Bulbs are procured through private manufacturing companies through a competitive tender process. The reduction in government procurement and distribution costs has primarily been achieved by harnessing economies of scale and relying on transparent procurement processes. Bulbs are distributed through special counters in a city or via home delivery through pre-registration.

The programme’s first pilot, initiated in April 2014, focused on the distribution across Andhra Pradesh. This pilot achieved 90 per cent household access to LED blubs in 2015, resulting in INR 200 per month decline in household electricity bills. As of April 26, 2016, EELS has distributed nearly 100 million LED bulbs across India; registering energy savings of 35 million KWh, amounting to approximately INR 141 million, and almost 29,000 t CO2 reduction per day, and has help avoid peak demand by about 2600 MW[1].

As per estimates, 20 million LED blubs distributed across Maharashtra, Rajasthan, Delhi, Uttar Pradesh, and Himachal Pradesh reducing energy consumption by 6.8 million kilowatts of energy per day, a 5,520-tonne drop in daily carbon emission, and domestic savings of INR 27.1 million every day. Maharashtra, Andhra Pradesh, Rajasthan, and Kerala exhibit relatively high penetration relative to population of this initiative, while Haryana, and Bihar, exhibit low penetration. Kerala State Electricity Board (KSEB) (with 6.4 million) and India Railways (with 3.9 million) are among the largest adopters of LED bulbs among the institutions.

The LED project is financed by consumers themselves through two plans- the first one is an On Bill Financing (OBF) model under which consumers have to pay INR 105 for an LED bulb across 10 months, which is added to the monthly power bill. The second plan allows the consumer to buy the allocated quota of four LEDs per house at INR 100 apiece. All bulbs come with a three-year replacement warranty.

An independent assessment of the 2015 pilot project monitored and verified the distribution of LEDs across 120 households and recorded a 1.39 per cent error rate in operational blubs, with an average saving of 133.64 kilowatts of energy per bulb. These results were further extrapolated to the entire national program estimating an annual saving of 102.9 billion kilowatts of energy at a national level, resulting in reduction of 20,100 MW peak load and 84.37 million tons of CO2 reduction.

The government’s plan to change 770 million conventional bulbs and 35 million conventional streetlights with LED range may save INR 455 billion by reducing 20,000 MW load, energy savings of 105 billion KWh and Green House Gas (GHG) emissions savings of 80 million tons every year. This will also facilitate India’s commitment towards reducing its emission intensity per unit of GDP by 33-35 per cent by 2030.

As of April 2016, 35 per cent of 18,452 un-electrified villages have been electrified. A village is considered electrified if public places in the village and 10 per cent of its households have access to electricity. An investigative report by a newspaper however suggested that in some cases, villages without required electrical infrastructure or electricity connections appear to have been labelled as ‘electrified’. In response, the Ministry indicated third party performance audits will be strengthened, and it will check the findings of the newspaper regarding concerned villages, so corrective actions could be taken. The willingness to use feedback for refining ongoing initiative so outcome becomes the focus augurs well for the program, and demonstrates sound governance practices of the Ministry.

To achieve its targets and meet demand, the program is expected to encourage and support domestic manufacturing of LED bulbs consistent with the ‘Make in India’ policy. At present the LED bulbs are only assembled in India while the chips along with some other parts are imported. The current domestic industry will need to manufacture 32 million LED bulbs every month in order to meet the demand of the program. This may be feasible with the growth in numbers of lighting manufacturers, which has increased from 27 to 68 manufactures in May 2015. Increase in domestic demand will fuel more LED chip manufacturing facilities in India.

Minister Piyush Goyal, has indicated that “…there is no condition that investors have to manufacture components in India, but considering the scale and the cost of production, many will opt for manufacturing in India. For example, our LED production cost is US$0.9 per unit, compared to US$1.1 in China and the global average of US$3. Considering the scale of production that we have, we can actually emerge as a world supplier. There is an indirect employment generation potential of about 2.5 million jobs from the impact of all the measures that we are taking as part of UDAY”. UDAY (Ujwal DISCOM Assurance Yojna) initiative is designed to improve the financial health of electricity distribution companies in various states in partnership with the Union government.

The above discussion suggests that replacing conventional lighting with LED bulbs under the UJALA initiative is a good case study highlighting how seemingly small initiatives can give disproportionally large positive results.

In addition to the Ministry’s focus to ensure success of the program, other key factors contributing to the initial successes of this initiative are the system-based and outcome-driven approach of concerned officials; appropriate use of technology (represented by the dashboard continuously monitoring data and outcomes in a transparent manner); relying on economic reasoning (as exemplified by taking advantage of economies of scale in LED bulb procurement and production, and minimizing opportunities for exercising undue monopoly power by the suppliers of bulbs and of services); and a focus on achieving outcomes, including through using feedback-loop mechanism. The challenge will be to sustain these factors, and institutionalize them for longer term outcomes.

The above factors have wider applicability for designing and implementing initiatives by the government organizations at all levels. Therefore the UJALA initiative has public policy implications for India which go beyond this specific initiative.

Mukul Asher is an advisor to MyIndMakers and a Professorial Fellow & Director, Public Policy, Global Village Foundation (GVF), Delhi. Keya Chaturvedi is an author and an Independent Researcher who writes on a variety of issues.

This article was first published by MyIndMakers Inc, on Apr 26, 2016.