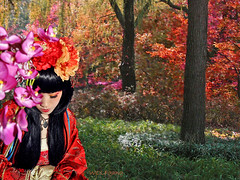 As China and other Asian economies face economic, social and political headwinds, the very foundations of the Asian Century are being shaken, writes John West.
China's export- and investment-driven boom is now grinding to a major slowdown. A sharp increase in debt, and weaker domestic and export demand, highlight the need to change tack to a consumption- and services-oriented development strategy.

But China is struggling to shift gears. Like a reforming drug addict, it is relapsing back towards export and investment stimulus to keep the economy afloat. The last thing that the nervous Communist Party wants is increasing unemployment and social discontent.

In Japan, Abenomics pushed down the value of the yen, thereby boosting profits of large export-oriented companies and attracting a wave of new tourists. But the domestic economy remains weak. As a Tokyo taxi driver said to me, "Abenomics is for big companies, not for people like me".

Very few serious structural reforms like liberalization of trade, investment and migration, and deregulation have been implemented. The old vested interests of Japan Inc stand in the way. They will be relieved if the Trans Pacific Partnership trade talks fail. The country is sinking under the weight of enormous public debt, aging and declining population, and chronically weak productivity. This nation with GDP per capita around 30% lower than world leaders will only fall even further behind in the years to come.

Korea's continued progress is now being held back by the economic, social and political dominance of the chaebol. These large family conglomerates, which played such an important role in building Korea's success, are now preventing the country from becoming a true "economic democracy", where all citizens and enterprises can make a contribution. Korea is not a "people's republic", it is a "chaebol republic".

The election of Narendra Modi to the leadership of India was a source of great optimism to the chronically under performing country. This man who had achieved economic miracles in his home state of Gujarat was seen as transformational in this country which is plagued by appalling infrastructure, endemic corruption, lousy education, and horrendous discrimination against women. But the complex politics of making reform happen in New Delhi now appear to be beyond the capacity of even Mr Modi.

Indonesia is another country which elected a new source of hope, Joko Widido (Jokowei). Relatively young, a self-made man, and remarkably clean in the deeply corrupt Indonesia. But Jokowei faces enormous challenges as his economy slows down following the end of the China-driven commodities boom. And his lack of experience in Indonesia's byzantine politics suggests that very little will be achieved under his leadership.

All things considered, Asia's large economies now seem destined for a period of much weaker growth. It is difficult to see how new political forces could drive policy reform in a more pro-growth direction.

This will mean many things. Weaker growth in prosperity. Slower reduction in poverty. Countries like India, Indonesia and the Philippines with emerging youth bulges could see frustrated youth stir up social instability.

Domestic politics could become more fractious as citizens lose confidence and trust in the governments to deliver economic growth. This will be exacerbated by disgust at the corruption of political elites, and the yawning gaps between rich and poor.

In sum, these past decades of rapid economic development have expanded the expectations of Asia's citizenry. And future unfulfilled expectations will only fuel discontent. Putting the genie back in the bottle will be difficult. Some governments, like China's, will resort to more nationalism and military adventurism in their neighborhood in order to divert attention from domestic frustrations.

Advanced economies in North America, Europe, Australia and elsewhere will have much to cope with in the face of the fading of the promise of the Asian Century.

Asia will lose much of its gloss as a fast-growing market. There will be attempts by Asian countries to export their way out of trouble, leading to concerns of dumping, deflation and currency manipulation. Western consumers and companies like Walmart will benefit.

But producers and lower skilled workers in Western countries will suffer. Trade tensions and protectionism will be the order of the day. You can forget further progress in trade liberalization through free trade agreements.

Domestic political tensions in Asia will also spill over into international relations. China, which is hellbent on becoming a "great power", will have psychological difficulty scaling back its ambitions. The propaganda machine will need rebooting.

Emerging Asia's multinational enterprises, many of which have already established a strong foothold in Western markets, will likely invest even more. The attractiveness of Western rule of law and mature markets will be irresistible. This will be one benefit of Asia's slowdown, especially when they rejuvenate industrial and urban wastelands. Don't forget that during Japan's long stagnation, Japanese multinationals have created millions of jobs in East Asia, the US and Europe.

Asian elites will be even more keen to migrate to Western countries. The attractiveness of democracy, rule of law, human rights, open societies, opportunity for their children, and relatively clean environments will also be irresistible. This will continue to provoke tensions, notably through continued increases in real estate prices. But it will also be greatly beneficial to those Western countries that attract such migrants, as they bring human capital, new ideas, money and entrepreneurial spirit.

The adjustment to a more modest development trajectory in Asia will be much more complex than the dramatic effects of Asia's rise over these past few decades. There is sure to be a great deal of turbulence. Fasten your seat belts, and take a good quick shot of whiskey.
Tags: asia, asian century